What Trayvon Teaches Us

In the days following George Zimmerman’s acquittal, I have been thinking of the Book of First Samuel, in which God tells King Saul to destroy the Amalekites as punishment for their inhospitality toward Israel (1 Samuel 15). The command is not a pretty one. This edict does not portray God as a loving, merciful Creator of all. Although Saul is the newly minted king of Israel and has all rights, privileges, power pertaining to this new title, God trumps him with a simple directive. Saul is to obey.

Yet, what should have been a neat act of obeisance becomes a royal disaster. Saul does not do what God mandates. He lies about his actions. The king even blames his subjects for his willfulness. Saul disobeys God, and in the end loses his throne. Samuel reveals to Saul that “obedience is better than sacrifice” (1 Samuel 15:21). He pours salt in Saul’s regal wounds and tells him: “Because you have rejected God, God has rejected you” (1 Samuel 15:26).

No, this biblical text does not reveal a God of grace or kindness. It does not illuminate a patient, forgiving Deity. However, it does point to the innate tendency to be self-serving and self-absorbed. Although problematic on many levels, the text elucidates the human proclivity to do what we want to do…just because. Saul knew that he should have obeyed and done what God directed him to do, but Saul made up in his own mind to go his own way and do his own thing.

I dare not say that the Sanford Police Department is divine or “godly” by any means. I do not aver that there is anything stately about George Zimmerman. Yet, what is appealing about this passage and the killing of Trayvon Martin is the intersection of authority and obedience. The 9-1-1 respondent clearly, succinctly told Zimmerman not to pursue Martin, to stay away. Yet, Zimmerman pursued the teen. Saul’s disobedience cost him a throne. Zimmerman’s lack of compliance cost a life. “To obey is better than to sacrifice, sacrifice a life.”

Watch the video: Public Reaction to the George Zimmerman Verdict

I was visiting Orlando when I first heard the clarion cry of “Not guilty!” My instant desire was to pack up and leave. I wanted to wipe the Florida dust off my feet. Yet, I immediately refocused to make this a teachable moment for my children. The first lesson I reiterated to them was this simple, one word dictum: “Obey!” Do what you are told to do. Do it the first time.  If one man had just stayed put, done what the authorities told him to do and done it the first time, Trayvon would be alive today! Sometimes life is just as simple as that.

Yet, this is not the sum of what we must teach our children. Boys and girls need to learn that race still matters. Until the United States of America learns that talking about African Americans, whites, Caucasians, Blacks, Latinos, Hispanics does not make for race baiting or playing the victim, guilt-free verdicts like these will always pose cognitive dissonance. Unless women and men can talk about racial difference with dignity and not as deficiency, we will continue to muddle through fractal moments, times when the (un)expected catches society off guard. If the adults do not have healthy dialogue about the imminent browning of America, a global world, and a multi-cultural, multi-racial, multi-religious, multi-ethnic society, the children are put in harm’s way. Because one adult did not care to comprehend one child’s social identity, that child is now a martyr at 17.

A teachable opportunity, such as the killing of Trayvon Benjamin Martin, lends itself to upholding the value of all of humanity. While there is a plethora of responses for Trayvon, as there should be, what about Rekia Boyd? Law officials in Chicago accidently gunned her down in 2012. While her family received a $4 million cashier’s check, the policeman who pulled the trigger never went to trial. What about protests, more public outcry for Marissa Alexander? Using the same Florida Stand Your Ground Law, she tried to defend herself against an abusive husband. There was no jury acquittal for this African American mother. Marissa is serving twenty years in jail. The late Ella Baker of the Student Nonviolent Coordinating Committee said it so eloquently, and I edit her slightly: “Until the killing of Black men and women, Black mothers’ sons and daughters, is as important as the killing of White men, White mothers’ sons, we who believe in freedom cannot rest.”

What must the children learn from a neighborhood watchman gone amiss? What is the pedagogical value of the killing of a 17-year-old, hoodie-wearing, Skittles and Arizona Tea-carrying boy? Parents, grandparents, guardians, communities must teach political stewardship and civic responsibility by registering to vote. If one registers to vote, one is able to vote. Despite recent acts by the Supreme Court, voting is still a Constitutional right. Voters select the legislative officials who enact or overturn laws, such as Stand Your Ground.  Pools of voters comprise juries. Jurors determine innocence or guilt, freedom or imprisonment. One 18-year-old exercising her or his right to vote is the first step to making sure teenagers like Trayvon Martin and Emmitt Till live in our cultural, political, and social memory ad infinitem.

Life can be just that simple. Vote. Talk about race. Obey. Hubris, machismo, and the refusal to yield to the authority can make life difficult and yes, in the case of Trayvon Martin, deadly. In First Samuel, Saul performs an about-face move. He humbles himself, acknowledges his transgressions, and apologizes. Here is another lesson: There is more power in words than weapons. The words, “I’m sorry,” are a healing balm. Imagine what would have happened, if on that rainy night in February 2012, in a gated community in Sanford, someone would have just said, “I’m sorry.” What would happen today, if someone sincerely said, “I’m sorry?” 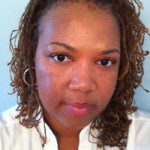 Dr. Crowder received Master of Arts and Doctor of Philosophy degrees in Religion (New Testament) from Vanderbilt University. She was a Fund for Theological Education Dissertation Fellow, a Wabash Center for Teaching Fellow and a Louisville Institute Summer Grant recipient. Dr. Crowder has published in The Chalice Introduction to the New Testament, True to Our Native Land: An African American New Testament Commentary, and The African American Lectionary.

Many of Dr. Crowder’s sermons have appeared in the Nashville newspaper, The Tennesseean. Her biweekly blogs can be found on The Huffington Post. She has an upcoming article on New Testament themes in R and B music and recently signed a contract to write a book on womanist ideas of motherhood. Dr. Crowder serves on the Editorial Boards of ON Scripture, a pop culture online commentary, and Feasting on the Gospels, a revised common lectionary commentary series.

July 16, 2013
Mary and Martha: Use Your Gifts, Whatever They May Be
Next Post