The upcoming March on Washington has been on my mind as I reflect upon this week’s Gospel reading from Luke about a banquet. I personally love banquets. You get to adorn yourself with the finest trappings, dance the night away, and if the food is good, that is an added plus! But what I find most frustrating? Knowing a banquet is occurring, and I have not been invited. “Did I do something wrong? Do I not meet a certain standard? Who did get invited?” My wondering is filled with emotion.

What if America was a banquet, and at this banquet the servings were fair wages, just trials, civil rights and liberties, but offered by invitation only? According to those who “March(ed) on Washington,” this was exactly the case. Blacks deserved the same fair treatment as whites, and they were protesting to bring about the necessary changes. Perhaps if everyone took heed of Jesus’ instructions on banquet etiquette, things would be different and better.

The highest honor at most banquets is to sit at the head table at the right hand of the host, a seat many of us want and some would do anything to attain. We arrive at events early in order to get the best seat available. We go out of our way to outshine others. We go over the top just to be noticed. And we feel no regret about it because we believe we deserve it. Entitlement. This is what Jesus observed while he and other guests were gathering at a Sabbath meal upon a Pharisees invitation. Interestingly enough, at the outset of this Biblical chapter, Jesus was the one being “watched closely” (v. 1); however, it would be Jesus who is the keenest observer (v. 7).

In the first century, an invitation to a banquet was more than an offer to eat. It had significant social and economic meanings tied to it. To be invited meant that you were somebody “special.” I would like to think that, at times, the guest was someone with a beautiful spirit, a kind heart, and a good sense of humor. However, Jesus’ words in the parable lead me to believe that the “special” guest may simply have had the right beliefs, the appropriate amount of status, or something that the host needed or wanted in return. Times have not changed.

When Jesus noticed how “the guests chose the places of honor” (v.7), he immediately went into teaching mode. His parable included moral instruction not only for the guests who were competing for the best seats at the table, but also for the host who had invited them. Jesus gives the guests two reasons why they should not automatically sit at places of high position: (1) in case someone of higher status arrives (v. 8); and (2) to avoid embarrassment (v. 9). How mortifying it would be if you had to move your seat because someone else’s status trumped yours!

Jesus’ instruction to the host may seem to be a simple lesson about guest-list etiquette, but it involves much more; it is about the exploitation of power. Jesus says that a guest list should not include friends, family, or rich neighbors – those who are in a position to give her something in return (v. 12). By having this expectation, the host abuses her power by placing her guests in debt (oftentimes unbeknownst to them). Alternatively, the host should invite the less fortunate – “the poor, the crippled, the lame, and the blind” (v. 13) – those who cannot return in like kind. Jesus says the host “will be repaid at the resurrection of the righteous” (v. 14). This is kingdom language. They will get their reward from God in heaven.

It was not unusual for Jesus to speak of the resurrection before the Pharisees, since this was a belief this religious sect held. What is significant, however, is that Jesus says only the righteous will be repaid at resurrection – a claim that is very different from what is recorded in Acts (Luke’s other volume): “there will be a resurrection of boththe righteous and the unrighteous” (24:15). Only those who follow Jesus’ teaching – whose motives are pure – will be accorded as righteous. Thus, a righteous guest who guises self-exaltation as humility by taking a seat furthest from the host (indicative of a low position) with the hopes that the host will upgrade their seat in full-view of others, and a host with expectant generosity will not be divinely recompensed. Jesus calls their character into account.

In a similar regard, on August 28, 1963, a quarter of million people, black and white, united to call America’s character into account. This year marks the 50th anniversary of the March on Washington where people protested against racial segregation in schools, racial inequality in the workplace, insignificant and ineffective civil rights legislation, and police brutality (to name a few) — and unfortunately, many of these issues still need to be addressed.

I could talk about the different civil rights leaders (“The Big Six”), and how they came together to organize the march. I could speak about opposition to the march by the KKK and even by black leaders such as Malcolm X who called it the “Farce in Washington” (see The Autobiography of Malcolm X, pp. 278-281). I could elaborate on the powerful speeches that were delivered – the most famous being the “I Have a Dream” speech by the Rev. Dr. Martin Luther King, Jr. in which he speaks about an America where his children would be judged by the content of their character and not the shade of their skin. But what I want to ask us today, in remembrance and in celebration of the March on Washington is “Whose banquet is it anyway?”

Blacks and whites have struggled, and continue to struggle, for racial equality in America. African Americans want to be invited to the “American” banquet. They want the same opportunities as whites, the same level of respect, and equal rights – and justifiably so. The American historical backdrop of the Blacks’ experience of slavery, the most recent verdict in the Trayvon Martin/George Zimmerman situation, and the Supreme Court’s Voting Rights Act ruling (to name a few), indicate the struggle persists. In the world in which we live, there is tension, disparity, and despair. We all need to be reminded — the hosts, the guests, and the uninvited of the American banquet — that only the “righteous” will be invited to the heavenly banquet.

So, as we commemorate the March on Washington, let us keep before us not only the racial issues that continue to plague our nation, but also whose banquet we are ultimately trying to attend as we seek to address them. If our motives are pure, and if we are humble in our efforts to seek justice, Jesus will say, “Come. Sit here, next to me.” 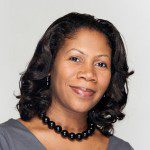 The Rev. Dr. Shanell T. Smith is an ordained Minister of Word and Sacrament in the Presbyterian Church (USA), and the Assistant Professor of New Testament and Christian Origins at Hartford Seminary in Hartford, CT. Her passion for teaching and preaching is fueled by her desire to inspire and challenge by bringing together faith and intellect. Her scholarly interests include Feminist and Womanist Biblical Interpretation, Gender and Sexuality in the New Testament, and the intersections of Postcolonial, African American, and New Testament Studies, particularly with regard to the Book of Revelation. Her monograph, The Woman Babylon and the Marks of Empire: Reading Revelation with a Postcolonial Womanist Hermeneutics of Ambiveilence is forthcoming from Fortress Press. 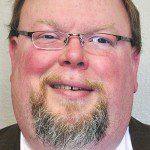 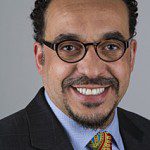