As Thanksgiving approaches and commerce clashes with personal values, people talk about what they are thankful for.

Macy’s Department Store is famous for presenting the Thanksgiving Day Parade. But now the same store that is in its 87th year of producing a nationally televised parade, watched by millions, is being blamed for ruining the holiday.

What has the store done? Decided to open its doors to shoppers on Thanksgiving Day at 8:00 p.m. Time Magazine reports that people are denouncing the move as “greedy, misguided and unfair to the employees being forced to work on a day traditionally reserved for family.”

“Please write an obituary because I think this death needs to be acknowledged,” said one person after hearing Macy’s decision. “It is the death of Thanksgiving.”

But wait a second—other stores are guilty as well. Walmart, Target, and Toys “R” Us launched special deals on Thanksgiving last year, and Macy’s may simply be trying to remain competitive.

However if no one wanted to shop on Thanksgiving, then no stores would be open.

The true Thanksgiving-killer is the person who leaves the table and heads to the mall.

Let’s use this controversy as an opportunity to take the pulse of thanksgiving in both church and culture today. We need to take a look at how thanksgiving is doing—not just the day called Thanksgiving—but the act of giving thanks itself.

Look around, and you can see evidence that gratitude is being replaced by good deals. Family meals are losing their competition with shopping sprees. The gifts of life and health are taken for granted as we concentrate on shiny and expensive material gifts. And since we have so many struggles at work and at home these days, we often look for the cheap high that comes from buying something nice for ourselves. It’s called “retail therapy.”

So how is Thanksgiving doing? Is it deceased, or has its death been greatly exaggerated?

The apostle Paul must have wondered about this when he wrote his letter to the Colossians, a group of Christians living along a main roadway in Asia Minor — what is now modern Turkey. They were pulled between the values of their faith and the values of their culture, much as we are today. Paul warned them, “See to it that no one takes you captive through philosophy and empty deceit, according to human tradition, according to the elemental spirits of the universe, and not according to Christ” (Colossians 2:8).

Paul asked the Colossians, and he asks us, “Why do you live as if you still belonged to the world?” (2:20). It’s a good question, one that we should ask ourselves on Thanksgiving Day, and every day.

But the apostle is not a scold, trying to make us feel bad about ourselves. No, if anything, Paul is the apostle of gratitude, with the phrase “be thankful” as one of his recurring pleas (3:15). New Testament scholar David Pao points out that the New Testament has 62 mentions of thanksgiving, and Paul is responsible for more than three-quarters of them.

This pattern holds true in Colossians. Paul begins with an outpouring of thanks, saying, “In our prayers for you we always thank God, the Father of our Lord Jesus Christ, for we have heard of your faith in Christ Jesus and of the love that you have for all the saints” (1:3-4).  After affirming the good work being done by the Colossians, Paul says, “May you be prepared to endure everything with patience, while joyfully giving thanks to the Father, who has enabled you to share in the inheritance of the saints in the light” (1:11-12).

As the human tradition of holiday shopping tries to crowd out Thanksgiving, we are able to “endure everything with patience” because our joy comes from the gifts of God instead of from conspicuous consumption.  Notice how the letter to the Colossians does not assume that we show gratitude only when everything is perfect. Instead, Paul knows that there will be much hardship to endure at the same time that we are giving thanks.

Holding thanksgiving and hardship together is a spiritual challenge. We struggle to give thanks after the death of a spouse. We try to be grateful when a child is sick. We do our best to count our blessings when we lose a job, fail a class, suffer an injury, or experience a crushing disappointment.

Fortunately, many people find a way to do this. In on-the-street interviews, men and women rarely talk about material gifts when they are questioned about being thankful. Instead, they mention the gifts of God that sustain them through the struggles of life: Children, friends, partners, good health, kindness, generosity, knowledge … plus the gift of life itself.

George Niederauer, the Archbishop of San Francisco, adds to this list: “God’s gifts of artistry, imagination and creativity; his gifts of dedication, fidelity and perseverance; his gifts of strength, acumen and skill.”

You cannot buy these gifts at Macy’s, whether it is open on Thanksgiving or not.

Paul concludes today’s passage by inviting the Colossians to give thanks to God for what he has done for us through Jesus, the one who is the ruling power of the universe.  First, we can be grateful for his forgiveness. Paul says that God “has rescued us from the power of darkness and transferred us into the kingdom of his beloved Son, in whom we have redemption, the forgiveness of sins” (1:13-14). No matter how many times we stumble, Christ is present to pick us up.

Next, we give thanks that Jesus is at the center of creation, holding everything together. “He is the image of the invisible God,” says Paul, “the firstborn of all creation; for in him all things in heaven and on earth were created, things visible and invisible, whether thrones or dominions or rulers or powers — all things have been created through him and for him. He himself is before all things, and in him all things hold together” (1:15-17).

Jesus Christ is the one who is at the center of everything that is precious to us: Children, friends, partners, health, kindness, generosity, knowledge, artistry, imagination and creativity. In Christ, all things hold together.

Finally, we can be grateful for the presence of Jesus in the community of faith.  “He is the head of the body, the church; he is the beginning, the firstborn from the dead, so that he might come to have first place in everything. For in him all the fullness of God was pleased to dwell, and through him God was pleased to reconcile to himself all things … by making peace through the blood of his cross” (1:18-20).

Whenever two or three are gathered, in church or around the Thanksgiving table, Christ is present. He shows us the fullness of a God who loves us so much that he sent him into the very middle of human life, to do the work of making peace.

Let’s do this on Thanksgiving, regardless of when the stores open their doors.

Tuttle, Brad, “Hey, Thanksgiving Shoppers: Macy’s Isn’t the Only One to Blame for Ruining the Holiday,” Time, October 19, 2013, http://business.time.com/2013/10/19/hey-thanksgiving-shoppers-macys-isnt-the-only-one-to-blame-for-ruining-the-holiday/ 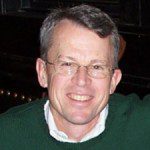 Henry G. Brinton, a graduate of Duke University and Yale Divinity School, is the senior pastor of Fairfax Presbyterian Church in Fairfax, Virginia. He writes frequent editorials about religion and culture for USA Today, the Washington Post, and other publications. A regular contributor to the preaching journal Homiletics, he is the author or co-author of five books including The Welcoming Congregation: Roots and Fruits of Christian Hospitality (Westminster John Knox Press, 2012). His wife Nancy Freeborne Brinton is a professor in the College of Health and Human Services at George Mason University, and they have two grown children, Sadie and Sam. An endurance athlete, Henry has completed a marathon, triathlon, or century bike ride a year since he turned 40 in the year 2000. 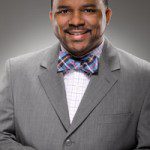 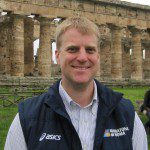 Ravi and Joss and John Howard...
slacktivist
Related posts from On Scripture - The Bible