People weigh in on the morality of aiding refugees and others suffering from natural and man-made crises.

Abram left his homeland on a promise and a prayer. God called. Abram went. The Biblical text makes it seem so simple. There are no signs of struggle or doubt. There is no grief over what is left behind, only the forward look toward a new land and a new future. Leaving home for Abram seems so easy.

As I reflect on this week’s scripture, I’m in Lebanon listening to stories of Syrian refugees who left their country and their kindred to find a place of refuge. Unlike Abram, they did not leave on the promise that they would become a great nation. They left because bombs fell on their houses. They left because food became scarce. They left because they watched their loved ones die in the rubble as buildings fell to the ground.

As we seek out this space of solidarity, the cross of Christ can be a powerful connector across time and space. When we look back to Christ’s cross, we see echoes of the same injustices in our modern lives. People are still poor and oppressed. People are still sacrificed for the sake of political ideologies – be it via bombs in Syria or the war over minimum wage in the U.S. The same violent power that nailed Christ to his cross still forces people to bear their own crosses each day.

One empowering narrative of Christ’s story is that the cross of Christ offers a place where the suffering of the whole world is connected. “For God so loved the world that God gave God’s only son…”

After the bombing at the Boston Marathon, I was struck by a photo of Syrians holding a banner showing their solidarity with the U.S. in the wake of this tragedy. The banner read, “Boston bombings represent a sorrowful scene of what happens everyday in Syria. Do accept our condolences.” To me this represented a powerful reminder of the connectedness of all suffering.

Too often, we play the game of “oppression Olympics” where we ask whose suffering is the greatest. This game of comparisons hurts us all in the end, because it masks the structural violence that causes many manifestations of suffering. As we learn to recognize the connectedness of suffering, we can be empowered to work to dismantle its structural roots. This digging up the roots of injustice is the hard work required to prepare a place for the in-breaking of the kingdom (or rather kin-dom) of God.

The Cross and the Kin-dom

Like Nicodemus, we’re offered a chance to be born anew, to take on the imagination of a child and dream God’s dream for a just world. And with Nicodemus we admit that this imagining is an impossible, wonderful task.

Digging up the roots of injustice requires us to simultaneously cast a vision of justice. We cannot dismantle unjust structures without knowing what we will rebuild in its place. It is this vision of justice that acts as a wrecking ball, tearing away what should not be, creating a place for human flourishing and abundant life.

During Lent, we remember that the destruction of the cross is incomplete without the vision of the resurrection. As we connect the suffering of our world to Christ’s cross, we are invited to become the hands and feet of Christ as we construct the kin-dom of God. Yet even as we live into this task we remember that the hands and feet of Christ bore the suffering of the cross. These are wounded hands, wounded feet, with which we love this world.

During my time in Lebanon, I’ve learned a great deal from our hosts, Chaouki and Maha Boulos who serve as field personnel with the Cooperative Baptist Fellowship. One way Maha and Chaouki are responding to the needs of Syrian refugees in Lebanon is through providing food packets to help refugees meet their basic needs. In Lebanon, rent on a small apartment usually exceeds a worker’s minimum wage. Even if a refugee finds work, they are often unable to afford food or other basic necessities. In one project in Beirut, Maha works with 350 women who receive monthly food packets. Some of these refugee women have volunteered to help each month in preparing the food packets for others in their community. In taking on this task, these women have become leaders in helping others from Syria navigate life as a refugee.

As I was talking to Chaouki about the way these women volunteer their time to help others in their community, he said that in times of crisis, he believes that God calls out leaders to help their people navigate the suffering they are experiencing.

This does not mean that God ordains suffering. What it means is that when people suffer, God is in their midst. This is the story of the cross – God is with us in the rubble of our lives, God is present in the debris after the bombs have fallen. But God is not content to leave us there or even merely to bring us out. The call of the kin-dom of God is a call to rebuild in the midst of all that is lost, to bring peace where there is war, justice where there is oppression.

The season of Lent calls us to give up something as a way of making room for Christ to enter our lives. As we look to the cross, we are asked to remember suffering, to sit with it, to experience it, to not ignore it, as we are so prone to do. This year as you remember the suffering of Christ, remember also the suffering of creation. As you draw near to the cross, sit with stories from Syria, or from the Ukraine. Listen to stories of economic refugees in the US who have lost their houses due to foreclosure or who work minimum wage jobs but still cannot afford to feed their families.

Whatever you do, don’t turn away. Dare yourself to sit with suffering. Look for God there. God is always close to broken bodies and bruised dreams. And as you sit with this suffering, ask yourself what you might do to dig up the roots of injustice and rebuild the kin-dom of God in our midst. For this is the call of the cross. This is the gift of God with us.

1. Do you agree with the author that the suffering of the world is connected? Why or why not?

2. As you observe Lent this season, how might you “sit with suffering”?

3. What work might you commit yourself to that could help dig out the roots of injustice and prepare a place for the kin-dom of God?

Tobias Winright, “The Grace of Doing Something in Syria,” http://catholicmoraltheology.com/the-grace-of-doing-something-in-syria/ 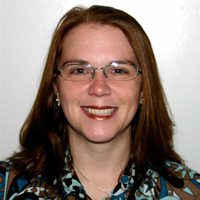 Melissa Browning is the Graduate Program Director for the MA in Social Justice and Community Development at Loyola University Chicago’s Institute of Pastoral Studies. Her work focuses primarily on sexual ethics and bioethics. She is currently writing on Christian marriage in light of the African HIV and AIDS epidemic. Her book on this project, When Marriage Becomes Risky, will be published by Lexington Books (Rowman & Littlefield) later this year. Melissa is also an ordained Baptist minister through the Cooperative Baptist Fellowship. Additional information about Melissa’s work can be found at her website: www.melissabrowning.com. 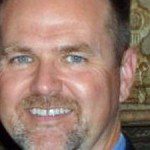