Children are suffering from violence in the U.S. and around the world.

Thug. Thief. Pot smoker. He should have surrendered to the authorities.

Terrorists. Anti-Semites. They use their own children as human shields. It’s their own fault that thousands of their children are dead.

Illegals. Drug smugglers. Who cares if their average age is under 13, if they are prey to gangs and sex traffickers? They are coming across the border to attack our women.

Michael Brown. The children of Gaza. The refugees of Central America. Only three of numerous heart-breaking stories to fill the airwaves in the last month. But, unlike the gruesome murders of innocent news reporters by ISIL, these news stories about violence toward unarmed children have faced loud voices justifying that violence.

These voices argue for the “rule of law.” They insist on the inherent goodness of hyper-militarized, monocultural police forces using tanks and tear gas against peaceful protestors.  They claim the inherent righteousness of the state of Israel, even after the bombing of United Nations schools. They defend border guards and those who clamber into busses to scream violence and hate at asylum-seeking children.

So, the wounded or dead are put on trial and convicted for their own deaths, even though they were unarmed children. It’s their fault. To say otherwise is just foolishness.

Some Corinthian Gentiles and Jews must have reacted in exactly this way to the teaching of Paul. Jesus was crucified, by the Romans—the imperial power that had brought peace to the city of Rome and quiet to the provinces, that legendary pax Romana about which Augustus Caesar himself boasted. This was Paul’s testimony.

But for many Corinthians, the Romans were the good guys. So, Jesus must be to blame for his own crucifixion. After all, he was a seditionist, keeping company with zealots, undermining the imperial health and tax systems, proclaiming the in-breaking of an alternative empire.  To say otherwise would be foolishness.

This is a political claim. Paul argues that God used the Roman equivalent of the lynching tree and character assassination. God used the cross on which a person was displayed to the world naked and helpless, emasculated and left to die for hours, mocked, beaten, and crying out for mercy under the unforgiving desert sun. God used this moment of utter dehumanization and death in the name of peace and security to shame all of the powers, all of the wisdom, all of the philosophers, and of the mighty of the first century.

Mark Twain quipped once that “History does not repeat itself, but it does rhyme.” The children of Gaza. Michael Brown. The refugees of South America.  These stories of violence and death directed toward unarmed children do not repeat the story of the cross, but they do rhyme.

They rhyme with Jesus’ death, reminding us that he was not the last unarmed innocent to be condemned to certain death by powers that justified his killing in the name of their own peace and security. And in that rhyme is a call to raise our voices and not be silenced.

They rhyme with Jesus’ teaching, reminding us that we are still, as Christians, being held accountable for what happens to “the least of these” (Matthew 25). And in that rhyme is a call to action, to organize with those from every race and cultural group who stand together against state-sanctioned violence against unarmed children, marching and marshalling our resources and voices on behalf of those who can no longer, speak.

And yes, they rhyme with Paul’s first letter to Corinth. For, like the testimony of Jesus on the cross, the headlines about Gazan children, South American refugees, and the police killing of unarmed juveniles—far too often African American male juveniles—are dismissed as a foolish waste of our time.

But we, as Christians, specialize in foolishness.  We claim that we follow the one who taught us that the kingdom of heaven belongs to the children (Matt. 19:14).  We claim divine intervention in the affairs of the state such that even the dead can be raised. We assert that God can use even the Roman lynching tree—the cross—to do a work of transformation and salvation that the world has never before seen.

If we believe this, then we must be about the work of foolishness.

For if God can use the brutality of the cross, then God can use the wanton disregard for human life in Ferguson to call together a coalition dedicated to the protection of all children—particularly African American male children—and the dismantling of the racism and that systemically criminalizes them.

If God can use the helplessness of Christ on the cross, then God can use the death of thousands of unarmed Palestinian children to call together a people dedicated to truth and reconciliation between Palestinians and their Israeli neighbors, and the removal of our weapons that enable those killings in the first place.

If God can use the shame of the cross, then God can use the shameful violence of drug wars fueled by American drug dependence and the racist vitriol aimed at refugee children to call together a people dedicated to sanctuary for all refugees from violence, especially for the little children, those who are truly the least of these.

For the God of Paul’s confession is not interested in the imperial punditry defending the pax Americana, with its cries of thug, terrorist, illegal, or its claims of peace and security.

The God of Paul’s confession is about the work of using the worst the empire can do to overturn its so-called power, overturning it not with force but with the power of weeping women, terrified disciples and a moaning body on a Roman cross.

On Ferguson, check out the “Ferguson Syllabus” put together by 1500 sociologists 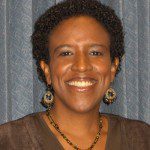 Rev. Margaret Aymer, Ph.D., D. D. is Associate Professor for New Testament at the Interdenominational Theological Center and a Teaching Elder in the PCUSA. She is the author of First Pure, Then Peaceable: Frederick Douglass, Darkness and the Epistle of James, and the 2011-2012 Horizons Bible Study, Confessing the Beatitudes. A native of the Caribbean, Dr. Aymer combines her scholarly training in early Christianity with her lived experiences of migration, and being black and female in the USA. She is happily married to Dr. Laurent M. R. G. Oget, a native of France, who is a software engineer (aka code poet). 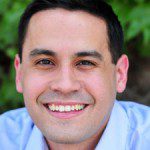 September 15, 2014 Blessing Those Who Have Cursed Us (Jonah 3:10—4:11)
Recent Comments
0 | Leave a Comment
Browse Our Archives
Related posts from On Scripture - The Bible