Daring to Hope in the Stress of Uncertainty (Mark 16:1-8)

Stress is an accepted reality of everyday life. What stresses you out?

Many people fear death. It’s an understandable fear. And one that’s socially acceptable.

But shouldn’t we also admit that living can be scary as hell, too?

As any fan of The Walking Dead and other apocalyptic fiction knows, it doesn’t take much for the lines between order and chaos, between civility and mayhem, and between trustworthiness and falsehood to be exposed as thinner than advertised.

We aren’t given a choice. We navigate a world in which we exercise little real control.

States can’t just grant individuals and businesses the right to discriminate against under-protected groups under some squishy definition of “religious freedom,” can they?

We may never learn where those two-hundred-plus Nigerian girls were taken, the ones kidnapped from their school—their school!—nearly one year ago.

Why does NIMBYism derail so many good-faith and promising efforts to help rehabilitate released felons and other at-risk populations?

What part of the world that I can barely locate on a map has my country decided to bomb for me today?

Confidence and fear travel through our veins, compelling us, as they act out their odd, entangled relationship. We rarely have the luxury to see where our choices will lead us. We’re swept along by others’ choices and barely detectable forces.

Anxiety is more than a devious marketing strategy in cable news channels’ portfolios; it arises from life’s uncertainties. It’s a way our bodies ask whether we can trust those yearnings that give birth to our hopes for a society that truly flourishes.

Who doesn’t live by some kind of faith? Such “faith” can be a reliance on effort and intelligence, a willingness to surrender to risk, a retreat into the security of privilege, a decision to live for others, or a resigned acceptance that at least we’ll have company when disaster strikes. What, finally, compels us forward?

Confidence and Fear on Easter Morning

In worship services across the world on Easter Sunday, leaders will call out, “Christ is risen!” and groups will respond, “He is risen indeed!”

The Gospel according to Mark gives us good reason to be sure that things were hardly so easy on the first Easter.

As Mark tells the story, in 16:1-8, the discovery of Jesus’ empty tomb and the message that he is alive don’t immediately evoke joy, wonder, relief, praise, confidence, excitement, or a desire to tell others. Instead, the experience leads to flight, silence, and terror.

“Christ is risen,” the angelic figure in the tomb says to the devoted women who came to anoint Jesus’ corpse.

“Let’s get the hell out of here!” they might have replied.

Don’t be fooled by the so-called “shorter ending of Mark” and “longer ending of Mark” that probably appear in your Bible. Mark’s Gospel ends at verse 8, where the women at the tomb “said nothing to anyone, for they were afraid.” Scholars conclude, virtually unanimously, that everything printed after that was added by separate authors that were probably writing decades if not a generation or two after the original. Those additions tried to tie a neat bow out of the strands the original ending left dangling.

Why? Because the original ending at verse 8 might have seemed too willing to admit that the prospect of Jesus’ resurrection will unsettle us, then, and now.

Because when a guy executed for sedition is raised to new life, the line between life and death suddenly grows paper-thin. As a result, we’re asked to reassess all our familiar assumptions. We’re asked to believe that there’s more to reality than what we can grasp, that maybe there’s a future in which things like reconciliation, justice, forgiveness, peace, and genuine security are really possible.

But Easter says those things come, not through my cleverness or diligence, but through a bloodied and scorned Messiah. This Messiah proves to be more elusive than we might have hoped.

Yes, the tomb is empty, but notice what’s missing from Mark’s Easter story: No earthquake or blinding light. No appearance by Jesus to comfort a sobbing disciple. No happy reunion. No teaching about biblical mysteries and divine plan. No opportunity to touch crucifixion’s wounds. These are details the other Gospels consider vital.

By contrast, the author of Mark was a minimalist. We get an empty tomb, a promise, and frightened disciples who stay silent when they’re invited to share the news. Finis. Roll credits.

Mark’s not interested in proving that Jesus rose. Mark puts readers smack in the middle of an existential crisis: a faith crisis. If Jesus’ death doesn’t end his (or our) story, if he goes before his followers to Galilee (16:7; see 14:28), then anything is possible. God effectively pledges to make it so, opening wide the doors into a desirable future. But it doesn’t just happen in a flash. It’s a future that must be lived into—moving forward.

The disappointing thing about this ending is that no one in the book seems able to live into that future. The rest of the disciples couldn’t even stick around past Jesus’ arrest, except for Peter, who famously pooped the bed while trying to catch a glimpse of the trial. The women at the tomb get much farther than anybody else, but the sheer prospect of what lies ahead, stemming from this Easter surprise, justifiably terrifies them.

And, yet, the promise remains.

Recall the elements I already mentioned, the ones with which Mark builds the Easter story: an empty tomb, a promise, and frightened disciples. There’s a promise that can’t be muted by the retreating disciples and their breathless quiet. The messenger—by implication, an angel—delivers it: “[Jesus] is going ahead of you to Galilee; there you will see him, just as he told you” (16:7).

Why doesn’t Mark tell that part of the story? Why no heartwarming account of a huggy reunion, a picnic, forgiveness, or a commissioning? Why doesn’t Mark move us forward?

Probably because the author of this Gospel knows that our post-Easter reality resembles the book’s ending—at verse 8. The place where the women dwell at that moment is the place we live day in and day out.

It’s situated on the line between hope and fear. Teetering between disappointment and attainment. It’s wondering if we’re fools to hope for a world that’s reliable and a life that’s meaningful.

Like the women, we believe; or we’re trying to. Some days other people have to believe for us. But we’ve seen enough of the Easter reality to be enticed to dare. Honestly, the possibility alone should scare us.

Like they, we know that resurrection is a game-changer. If it’s true, death has been bested. Then we lose our excuses for taking refuge in cynicism or hopelessness.

Like they, we are going to need some help. Leaps of faith are easier when someone else tests the landing site for us. Jesus made other promises in this Gospel that proved true. So we trust him to ensure that he will indeed keep this one: that he will meet his disciples in Galilee in the “longer endings” to this story we construct for ourselves — in the unforeseen consequences of Easter that extend forward to us.

If, like the angel promises the disciples, Jesus goes before us, then on Easter we rightly ask: Where will he lead? In our uncertain faith we rely on him to help us see that indeed “the kingdom of God has come near” (1:15) and that “those who lose their life…will save it” (8:35).

Learn more about the ON Scripture Committee 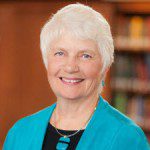 There will be no highlights on...
slacktivist
Related posts from On Scripture - The Bible