The Nasty Woman Who Persisted: The Samaritan Woman of John 4 (John 4:5-42)

The Nasty Woman Who Persisted: The Samaritan Woman of John 4 (John 4:5-42)
By Jaime Clark-Soles

• The Women’s March(es).
• International Women’s Day with its theme: #BeBoldForChange
• Former Texas Senator Wendy Davis, of pink-sneaker-filibustering-for-women’s-lives fame spoke at my school, SMU, yesterday for our Women’s Symposium
• “The Fearless Girl” facing down the Bull on Wall Street reminding us of the severe gender disparity on corporate boards.

What a time to be a woman in America! On the one hand, many people of all genders have been motivated by all of the above to work for political, economic, and religious gender justice. There’s energy, hope and willpower galore. Others are experiencing activism fatigue, or are uncertain about how or whether to get involved. Wherever you find yourself in the mix, let’s listen to discover a few clues for the way forward from the story of the Samaritan woman of John 4—she’s the spiritual matriarch of nasty (disdained), persistent, and fearless women across the centuries. Even now. Especially now. I LOVE this woman! I hope you do, too. At the very least, we have things to learn from her way of being in the world.

Read the passage or watch the clip from The Gospel of John movie:

This is a story about crossing borders of various kinds. It’s a story about a strong woman (who may not have felt strong) surviving and even thriving in a society that privileged male power. It’s about a woman who lived the International Women’s Day theme– #BeBoldForChange. She’s bold. She’s informed. She stands her ground and doesn’t cower before the male gaze or “natural authority” based on gender. Jesus literally crosses a geographical border when he goes from Judea to Samaria on his way to Galilee. He crosses ethnic, political, religious borders by being a Jew interacting with a Samaritan. The author gives you a cheat sheet in case you don’t get the significance of this no-no by saying: “Jews do not share things in common with Samaritans.” He crosses a serious gender border by meeting a woman all alone at a well, for wells are the meeting place of future spouses. Thus, it’s not surprising that talk of her husbands would come up.

Speaking of her husbands—Jesus says she’s had five husbands and the one she’s living with now isn’t her husband. I continue to be surprised and disappointed by ubiquitous interpretations of her as a “whore” or “prostitute.” John is using symbolism—the woman represents Samaria, which, according to Jewish reckoning worshipped the five foreign gods. Samaria was seen as partially faithful to the covenant (“the one you have now is not your husband”). John depicts Jesus as the bridegroom. When a Samaritan woman joins Jesus, the two divided but related ethnic groups will be unified. They will stop fighting (in this case over whom or where God favors more–Jerusalem or Mt. Gerizim): “Woman, believe me, the hour is coming when you will worship the Father neither on this mountain nor in Jerusalem…But the hour is coming, and is now here, when the true worshipers will worship the Father in spirit and truth…”
In antiquity (and often today), a woman without a man (whether a mate or sons) was in a vulnerable position, since there was no financial gender equity. The text gives us no reason for why she had numerous husbands. Did they die? Leave? Invariably, interpreters make her out to be a “nasty woman” with no basis. Typical move for a woman whose story doesn’t fit the “approved” narrative of what “good girls” do. People import meaning into this text but never does it include sympathy for the plight of this woman in a vulnerable position asking why the husbands are not there and how dire her circumstances might have been as she tried to survive. The Bible has plenty of words for whore and prostitute. She’s not one of them. She’s instead, as we’ll see, a “nasty woman” in the best sense of the word. Why?

The Samaritan woman knew her stuff and welcomed productive debate.
Jesus approaches her and makes a request of her as she is alone at the well. No doubt she’s street smart enough to be on guard. She’s no shrinking violet: “How is it that you, a Jew, ask a drink of me, a woman of Samaria?” She immediately recognizes and names their differences, drawing attention to the fact that it’s unlikely their conversation is going to be fruitful. Yet, she engages, even if guardedly. She may not have high hopes at the moment, but neither has she allowed cynicism to define or petrify her whole being.
Both she and Jesus are willing to be vulnerable and really risk something for the sake of faith. He had to go to Samaria for vocational reasons (logistically, he didn’t need to go to Sychar to get to Galilee)—she meets his need. She needs water—he meets her need. He risks critique for talking to a woman who is a Samaritan –as seen in the disciples’ behaviour. She risks ridicule when she testifies to other Samaritans that he is someone worth following, even though he’s not one of them. #BeingBoldForChange requires vulnerability.

The Samaritan woman “nevertheless persisted” in the face of those who would silence her.

The disciples act as a foil for the woman who is one of the first proclaimers of the good news of the healing, wholeness, and life that Jesus brings. When they see Jesus interacting with her, they balk.
Anyone who wants to #BeBoldForChange at this point needs a quick primer on intersectionality (see below). Intersectionality recognizes that one’s identity is made up of numerous embodied aspects that are valued differently and hierarchically in a society. Males have more value and power than females. Nondisabled people more than disabled; straight more than gay; white more than black; etc. When one is, say, both female and an ethnic minority, that’s a double-whammy. Such was the case with our Samaritan woman, from the perspective of the disciples. But she ignores the haters and follows her path with Jesus. While they are scratching their heads, she is growing the kingdom of God through her sharing of the new life she found in Jesus. She and Jesus are each grounded faithfully in their own scriptures and traditions, but they know when it is necessary to cross traditional boundaries to be true to the tradition.
The failure of the disciples in this story is a failure of the imagination as they awkwardly respond to Jesus’s interaction to this woman and worry about its appropriateness.

Perhaps Jesus didn’t know that there was supposed to be a glass ceiling when it comes to divine revelations and commission to do ministry in the name of Jesus Christ by addressing males in the public square? Not only are they reflexively status quo here, but also too cowardly to own their bias. That can happen.
The Samaritan woman doesn’t have time to stay and deal with their sexist notions; she has too much preaching to do to those in need of some good news. She is so effective in her work that people catch the vision and join it and then do their part to spread the vision. While she is working, the disciples are kerfuffling around. What she has sown, they will reap. She’s building a foundation that they will, eventually, add to.

The Samaritan woman connected with others to grow the movement that cares about the healing and integration of the whole kosmos (Greek).
Work with the people who will work with you and forget the haters and obstructers. It’s time to figure out how to build effective coalitions. Recently I was at a meeting where we were trying to do this, but we had to work through two problems. First, it can be hard for people to set differences aside and come together around one thing they agree on. In our conversation, a Latina immigrant expressed frustration with white women, saying, “We came to your march, but will you now come to ours?” Someone responded: “But you are a woman, so the Women’s March was your march as much as any other march.” She explained that for her these identities cannot be separated out and she expressed how difficult it is to work with people who only “get” or are committed to one aspect of equality. Can we all rally around something even when we don’t agree on everything, or even most things? Can we pick one thing we agree on and mobilize around it and then partner with others for other goals?

Secondly, what happens when causes pile up? At the same meeting, there was heated debate over the fact that #BlackLivesMatter has now made Palestinian rights part of its own platform. There were folks in the room who were staunch advocates of the #BlackLivesMatter movement but could not sign on to the Palestinian piece and thus could not fly the BLM flag. The question we are left with, then, is how to move forward with forming effective coalitions that are not totalizing? Certainly, those coalitions need to start locally where trust can be forged; but it is hoped that they end up bringing abundant life globally, in keeping with the Jesus who is the savior of the cosmos (John 4:52). He never dreamed small; why should we?

The Samaritan woman was authentically courageous and courageously authentic. This Nasty Woman persisted, and because she did, her own life, the life of her community and the life of the whole world (cosmos) was affected in life-giving ways, even to this present day.

Bible Study Questions:
1. In what ways have you or your faith community crossed traditional boundaries in order to be truer to tradition?
2. Compare this woman’s encounter with Jesus to last week’s conversation between Jesus and Nicodemus. Does it strike you as surprising, unexpected, even ironic that, in contrast to Nicodemus and the disciples, this unnamed, non-Israelite, unorthodox female who finds herself passed from male to male in society where males rule, is the very one God lifts up as the example we are to follow in our faith journey? Does God still do that today?
3. What kind of coalitions do you think could be effective in helping your community flourish in the way God intends for it? 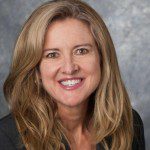 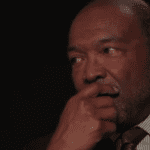 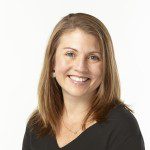 March 20, 2017 Vulnerability: The Gift Not Fully Valued (John 9:1-41)
Recent Comments
0 | Leave a Comment
"Thank you for this post. You touch on one of my dilemmas - honoring our ..."
John Gills Support Those Who Have Served (Luke ..."
"I did not see Mihee place any restrictions on thanking veterans everyday. She just talked ..."
WayneMan Support Those Who Have Served (Luke ..."
"Your article is so deceiving. Posted for Memorial Day weekend and your first sentence says ..."
Mary Support Those Who Have Served (Luke ..."
"You idiot Boko isn't a person. Typical thoughtless rambo crap. Sit down, nobody needs your ..."
GayPirate Chibok Girls: We Will Not Be ..."
Browse Our Archives
get the latest from
Progressive Christian
Sign up for our newsletter
POPULAR AT PATHEOS Progressive Christian
1