We’ve all seen it, usually adorning the walls of doctor offices and pharmacies: the image of a snake twisting around a pole. It’s the iconic and longtime symbol of the American Medical Association. But where does it come from? You don’t need to be a rabbi to be curious about the origin of such a striking yet seemingly random and even bizarre visual emblem.

While the AMA website notes that it depicts the rod of Asclepius from Greek mythology (a rod associated with healing and medicine), that myth itself originated from another source, most likely, many scholars think, from a scene in the book of Numbers.

This week’s Torah portion, Hukkat, describes a snake that is mounted on a pole. But this snake, or serpent, is made of copper. And while it isn’t alive, it gives life.

At the start of the portion the Israelites voice their usual litany of complaints as they continue their seemingly endless journey through the desert wilderness. They speak out against both God and Moses for dragging them into Sinai rather than leaving them alone in Egypt: “Why did you make us leave Egypt to die in the wilderness? There is no bread and no water, and we have come to loathe this miserable food” (21:5).

The miserable food that they’re whining about is the manna, the heaven-sent food that God created for them, that has appeared with the dew each and every morning, and that has nourished them since it first appeared, in Exodus 16.

Needless to say, God is none too happy with the ungrateful Israelites. Without a word of explanation (was any really needed by that point?), God sets loose “fiery serpents” among the disgruntled and rebellious people. The snakes attack the community and many people die.

Compared with some of the Israelites’ earlier expressions of ingratitude and rebellion (such as the creation and worship of a golden calf), this one — whining and complaining about food — seems pretty tame. Yet God’s punishment seems harsh, almost merciless.

Or is it? Look at the Hebrew word that describes God’s action. The text uses the verb vayeshalach, not the more typical idiom vayishlach. So instead of translating Verse 6 as “God sent fiery serpents. . . ,” we should read it as God “let loose” or “set free” the creatures.

The implication is profound. Viewed through this somewhat revisionist theological lens, God does not punish the Israelites, God simply removes the divine protection that had forcibly held back the fiery serpents during all those years of wandering in the desert. And what exactly are the “fiery serpents”? Perhaps metaphors for the forces of fear, pain and death that followed the ex-slaves out of Egypt and, unbeknownst to them, would have haunted their dreams and hounded their souls without God’s active intervention to keep them restrained and at bay.

God does get angry at the ungrateful Israelites. Yet God is far from merciless.

When the people acknowledge their sins and plead with Moses to intercede on their behalf, he does. And God responds immediately by creating a remedy to the situation, a way for the Israelites to heal. God says to Moses, “Make a fiery serpent and mount it on a pole. And if anyone who is bitten looks at it, he shall recover” (21:8). Using copper as his raw material, Moses (paradoxically) creates a mirror image of the very creatures that plague his people.

The Zohar, the masterwork of Jewish mysticism, explains this miraculous process: “As soon as (the victim) turns his eyes and sees the likeness of the serpent, he becomes filled with awe and prays to the Lord, knowing that this was the punishment he deserved.”

The paradox of the serpent is that in one form it causes fear and pain, while in the other it causes awe and healing. My interpretation of this teaching from the Zohar is that the copper serpent is meant to confront, even afflict, the souls of the sinners — but only in order to inspire and elevate them. The Zohar may view the fiery serpents as a “punishment” for the Israelites’ rebelliousness and lack of faith, but it is a punishment that is self-inflicted. The people’s own actions are what distance them from God. Yet there is a path out of the darkness. After they have made an act of yeridah, of inner descent and falling away from their covenantal relationship with God, God (through the image of the copper serpent) makes it possible for them to have an experience of aliyah, of elevation and redemptive reconnection with the divine.

To me, this short, strange story is about spiritual rather than physical death — and about how spirit can be revived and renewed even after it has been injured or “killed,” whether by serpents, fears, doubts or our own inner demons. It is about how we can repair the rupture and separation from God that we so often feel when we face life’s trials and challenges. The tale of the copper serpent is not simply about the destructive power of sin; it is about our capacity to grow, and ultimately triumph, in spite of it.

Niles Elliot Goldstein is the founding rabbi of The New Shul in Manhattan and the award-winning author or editor of nine books, including Gonzo Judaism: A Bold Path for Renewing an Ancient Faith (St. Martin’s Press, 2006). 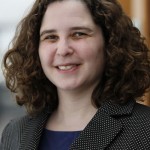