“Heartbreaking and hilarious” is how Netflix describes its new series “Orange Is the New Black,” which premiered on July 11 (all 13 episodes are now available live to subscribers). Based on the 2010 memoir of the same name by Piper Kerman, the show woos viewers with an exotic real-life premise: a beautiful blond WASP, a Smith graduate with a loving Jewish fiancé, finds herself with a federal prison sentence of a little more than a year, the result of a misguided love affair/drug-ring adventure almost a decade before. As one reviewer of the book put it, Piper Kerman “could be you. Or your best friend. Or your daughter.”

But Piper Kerman is hardly a typical prisoner. The book and the series present a variety of other prisoners’ lives in ways that are compelling and, in some cases, devastating. These are people whose stories are mostly hidden from view, behind prison walls. In 1980, there were half a million Americans behind bars. Since then, the number has increased five-fold. America leads the world in the percentage of its citizens it incarcerates, with catastrophic numbers for racial minorities, particularly men.

Our system of federal, state, county and city jails and prisons involves not only prisoners but former prisoners and their families, as well as those employed to maintain the system.  Those who read or watch “Orange” should ask themselves if housing Piper Kerman in the federal penitentiary was a good use of taxpayer money. They should go on to ask if our sprawling penal system is, in general, the most effective and humane means of achieving public safety.

This week’s Torah portion, Shoftim, suggests that it matters how a society deals with those who break its laws. The portion devotes itself entirely to questions of criminal justice — the establishment of courts, the investigation of crime, witnessing, protecting the lives of inadvertent murderers from revenge, and rules of warfare.

The closing verses of the portion (Deuteronomy 21:1-9) raise a question: What happens if a slain body is discovered in an open field? The Torah explains that, in the absence of anyone to punish, the judges and elders from the nearest town must take upon themselves to arrange an elaborate sacrifice, after which they declare themselves innocent.

Perplexed by this rule, medieval Jewish commentator Rashi asks, “But would it enter one’s mind that the elders of the court are murderers?”  He goes on to explain: “Rather, they declare: ‘We did not see him and let him depart without food or escort.’” In other words, we failed to take proper steps to prevent this crime in the first place.

The idea of communal responsibility is an intriguing one. We must answer as a society not only for what we do, but also for what we fail to do. “Orange Is the New Black” should make us ask questions: How did we get to a situation where we have more crime than other Western countries and, far in excess of the amount of violent crime, more people locked up in prisons? There are beautiful scenes in “Orange,” moments of insight or camaraderie, moments that speak of redemption and transcendence. But the strength of both the book and the series is the clarity with which it makes its central point. Those moments occur despite, not because of, the way in which the prison is run.

Kerman’s book concludes with a list of organizations such as The Sentencing Project and the Women’s Prison Association that offer the opportunity for further education and activism. The website for the Netflix series includes no such listing. This is unfortunate. What the series should provide is an opportunity for a conversation, not only about crime and incarceration, but also about the problems of reentry into society faced by those who have completed their sentence and now seek to establish productive, dignified lives.

For the real-life Piper Kerman, there was a Hollywood ending to her ordeal. She resumed her privileged lifestyle, she and her boyfriend eventually wed, and there was, of course, a book contract. Although Season One of the Netflix series ends on a much darker note, presumably all will work out for the TV version of Kerman, as well. Few of her fellow prisoners, however, will be so fortunate.

One of the more powerful scenes in the series occurs in the penultimate episode when the violence and irrationality of the prison are reaching explosive levels. Taystee, a young African American woman, has returned to the prison after her release just months before. She explains to a friend why she got herself arrested again. “It’s better than going to three interviews a day for jobs I ain’t going to get and sleeping on the floor of my cousin’s two-room apartment.” And, she adds with a defeated shrug, “Here I get dinner.”

And we are all responsible.

Rabbi Nancy Fuchs Kreimer, PhD, is the Director of the Department of Multifaith Studies and Initiatives at the Reconstructionist Rabbinical College where she is Associate Professor of Religious Studies. Since 1989, she has helped develop courses in Christianity, Islam, Eastern Religions and Science and Religion for rabbinical students, including courses that integrate service with academic learning. She is co-editor of Chapters of the Heart: Jewish Women Sharing the Torah of Our Lives (Wipf and Stock, 2013). She blogs at www.multifaithworld.org. 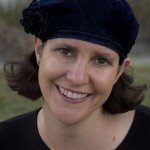 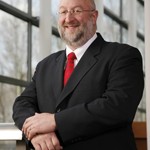 August 14, 2013 Our Immigration Debate: A Matter of National Importance (Ki Tetzei, Deuteronomy 21:10-25:19)
Recent Comments
0 | Leave a Comment
"Thank you Rabbi.I think of people in their late 50/early 60s wiped out by the ..."
Yonah Life on the Margins (Tazria, Leviticus ..."
"I am intrigued by the concept of "manna from heaven." Are we to assume that ..."
Y. A. Warren Manna to Worms: Spiritual and Political ..."
"As a progressive, universalist Follower of Rabbi Jesus, I appreciate the message of this article. ..."
Grace Terry Telling the Story of Creation Today ..."
"Thank you, Rabbi Green, for your excellent summation. I find myself in similar territory as ..."
Gary Telling the Story of Creation Today ..."
Browse Our Archives
Related posts from On Scripture the Torah