Along with many others from across the diverse religious world, Pope Francis has captivated me. In a very short period of time, he has become a transformational figure among global religious leaders. Through his choice of the name Francis, his eschewing the trappings of Vatican wealth and his focus on serving the poor and marginalized, the new pope has begun to redirect the enormous spiritual energies and resources of the Catholic Church toward more pastoral inclusivity.

In the area of Catholic-Jewish relations, Francis’ decision to visit Jerusalem this year, his recent apostolic exhortation “Evangelii Gaudium” and his close relationship with Rabbi Abraham Skorka of Beunos Aires, have broken new ground in advancing dialogue and friendship between these two ancient religious traditions. Just a few months ago, Rabbi Skorka, with whom Pope Francis wrote a book when he was the cardinal of Buenos Aires, spent four days with the pope at the Vatican, including the latter days of Sukkot and Shabbat. They shared meals at which kosher food was provided, and the rabbi recited the special Jewish prayers marking those holy days in the Jewish calendar. This was, perhaps, the first time a pope celebrated these Jewish festivals with a rabbi at the Vatican.

This remarkable sharing of interreligious friendship has similarities to a passage in this week’s Torah portion. Near the beginning of Parshat Yitro (Jethro), the Bible records a powerful interreligious moment. Jethro, described first as the Priest of Midian and secondly as Moses’ father-in-law, having been told of the divine miracles that delivered the people of Israel from their bondage, offers blessings and praise to the Lord, using the tetragrammaton, the more intimate name of God that reflects the distinctive relationship with the people of Israel (Exodus 18:12).

Jethro recognizes the religious significance of what God has done for the Israelites and he partakes in sacrificial rituals and a festive meal. Aaron and the elders of Israel join Moses and Jethro breaking bread as a celebration of a covenantal moment between these different religious communities.

The meal takes place before God, and this time the more general name of God, Elohim, is used. Jethro’s capacity to acknowledge and celebrate the distinctive religious experience of the Israelites, and the unique relationship with God it reflects, along with the willingness of the Israelite leadership to join with him before the God of all creation, represents an important model for interreligious relations.

Pope Francis and Rabbi Skorka, like Jethro and Moses before them, are breaking new ground and breaking bread in ways that provide new hope for the future of interreligious understanding. I join many of my Catholic friends in praising the inclusive leadership of the new pope, and I look forward to the many blessings that will flow as we learn to appreciate and celebrate the unique insights that are embodied in the lived experiences of our friends and neighbors from other religious communities.

Rabbi Daniel Lehmann is the eighth President of Hebrew College. He previously served as the founding Headmaster of Gann Academy – The New Jewish High School of Greater Boston and the Founding Director of BIMA – The Berkshire Institute for Music and Arts.  A graduate of Yeshiva University and its Rabbinical School, Rabbi Lehmann received the Covenant Foundation Award as well as the Benjamin Shevach Award from Hebrew College for his innovative leadership in Jewish education. He has both studied and taught at the Shalom Hartman Institute in Jerusalem and the National Center for Learning and Leadership (CLAL) in New York. Rabbi Lehmann has written numerous articles and chapters on Jewish education and interreligious learning, and has lectured widely to professional and communal audiences. 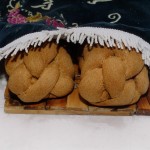 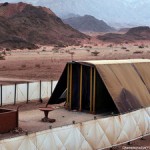 January 30, 2014 Making the Space to be Present (Terumah, Exodus 25:1-27:19)
Recent Comments
0 | Leave a Comment
Browse Our Archives
get the latest from
Best of Patheos
Sign up for our newsletter
POPULAR AT PATHEOS Jewish
1