This is the story of how studying the most famous verse in the Torah – found in this week’s Torah portion – challenged how I understand love and changed my relationship with my dad.

The commandment – “Love your neighbor as yourself” (Leviticus 19:18) was one I learned early in grade school.  As a kid, I knew well that, 2000 years ago, when a man asked the great Hillel the Elder to explain the whole Torah while standing on one foot, Hillel taught a version of this line, and said “The rest is commentary” (Babylonian Talmud, Tractate Shabbat 31a).

Yet, despite its prominence, until a few years ago, I never really looked into what this mitzvah required of me or explored how it might demand more than being kind and fair to others.

It was during rabbinical school at Hebrew College, when studying with my wise friend Rabbi Steven Lewis, that I realized that I might have missed some of the meanings of this key mitzvah, when we read the verse in context.

You shall not hate your kinsfolk in your heart; you shall give tochacha to your fellow and not bear sin on their account.  You shall not take vengeance or bear a grudge against members of your people.  Love your neighbor as yourself; I am Adonai.

Importantly, though the word tochacha above is generally translated as rebuke, its actual meaning is closer to constructive criticism.

The Rabbis taught that, while each verse offers wisdom on its own, we should also understand each verse as being in conversation with those surrounding it.  Following this tradition, I wondered what these instructions about tochacha and not bearing another’s sin teach us about loving our neighbors.

Given that the commands regarding tochacha and grudges precede the mitzvah of loving one’s neighbor, I came to believe that these elements are presented as essential expressions and requirements of love.   In context, the verse seems to teach that if we love someone, it is our responsibility to do what we can to prevent them from acting sinfully.  And, if we do not offer effective tochacha, we become complicit in our neighbors’ sin and might resent our neighbors for doing wrong, thus planting the seeds of hatred in our own hearts.

Thus, the Torah invites us to love our neighbors by being morally responsible for them. It teaches that our love and righteousness are measured not only by our own actions, but also by the extent to which we lovingly create an ethical and just family, community, and society.

This isn’t so easy.

In my own life, reading this verse made me confront uncomfortable questions in my family. My dad is the biggest mensch I know. He is deeply involved in the local homeless shelter, tells stories each week to kids, hugs the elderly at synagogue, and spends much of his time offering comfort to friends and family in need. In addition, until he retired recently, my dad had spent the last 30 years working at Deutsche Bank as a tax lawyer.

In 2009, while I was studying the Golden Rule in rabbinical school, the housing foreclosure crisis came to a head.  A few miles from where I lived, thousands of families were being evicted from their homes in Boston’s poorest neighborhoods. In response, Moishe Kavod House, the social justice-oriented Jewish community I founded, partnered with City Life/Vida Urbana to educate tenants about their rights, and encourage them to stay in their homes.

To my dismay, my dad’s employer was one of the two main banks evicting Boston residents. Despite tenant offers to continue paying fair-market rent and despite offers from owners and community organizations to refinance, Deutsche Bank refused to negotiate, and systematically turned people out of their homes.

Each Sunday, my friends and I knocked on people’s doors, asking occupants if they knew they were about to be evicted by Deutsche Bank, and inviting them to City Life’s tenant organizing meetings. Often, we were the first to give people the bad news.

Confronting this reality, I was clear both that I loved my dad and that I felt Deutsche Bank was acting immorally. I was less clear about what to do next.

Knowing my dad, I called him up and explained that I was struggling with something that might upset him. He promised to listen, and urged me on. I told him that though I was sure he didn’t mean to play a part in it, I believed that Deutsche Bank was doing things that were ethically wrong.  I asked him if he would be willing to come up to Boston and join me for our weekly canvassing, to meet the people being affected by Deutsche Bank’s policies.  Despite my trepidation, my dad’s response was, “Oy vey!  This is awful!  Of course I’ll come.”

So, on a spring Sunday in 2009, my dad went knocking on doors in Dorchester, a low-income, mostly African-American and Latino neighborhood in Boston.  There, he saw blocks filled with blighted homes and came face-to-face with tenants facing no-fault evictions.  He was moved listening to people who had no choice but to get flexible rate mortgages in order to send their kids to college, and now their homes were underwater and their life savings were gone.

To be honest, I doubt that my tochacha to my dad and his subsequent attempts to reform Deutsche Bank made any real difference in changing the bank’s practices.  Nevertheless, sharing my concern has led my family to give a significant percentage of our tithe (one tenth of our income given to charity) to City Life to support their work.

Perhaps equally important, if I hadn’t spoken up, the seed of doubt about my dad might have grown into something more destructive.  Instead, if anything, my dad and I love each other more through this experience, knowing that we care about and respect each other enough to challenge one another to be our best.

May we all be blessed with the courage to love our neighbors through both loving-kindness and loving feedback, and with the grace to grow from receiving the same.

Rabbi Margie Klein Ronkin serves as the spiritual leader of Congregation Sha’arei Shalom in Ashland, MA. She is also Director of Clergy and Leadership Development for the Essex County Community Organization, a member of the PICO Network. Rabbi Margie is the founder of Moishe Kavod House in Boston, a community of over 600 Jews in their 20s and 30s dedicated to Tikkun Olam. She is co-editor of Righteous Indignation: A Jewish Call for Justice (Jewish Lights), and is a member of the Synagogue3000 Emergent Communities Leadership Network. A graduate of Yale and Hebrew College Rabbinical School, in 2003-2004 Rabbi Margie founded and directed Project Democracy, a national youth voting initiative that mobilized 97,000 college students to vote. She has appeared in the New York Times, the Boston Globe, the LA Times, CNN, and Newsweek for her faith-based social justice work, and was invited to the White House for her leadership. 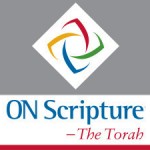 May 6, 2014 Leviticus: Keeping Holiness Simple (Behar, Leviticus 25:1-26:2)
Recent Comments
0 | Leave a Comment
"Thank you Rabbi.I think of people in their late 50/early 60s wiped out by the ..."
Yonah Life on the Margins (Tazria, Leviticus ..."
"I am intrigued by the concept of "manna from heaven." Are we to assume that ..."
Y. A. Warren Manna to Worms: Spiritual and Political ..."
"As a progressive, universalist Follower of Rabbi Jesus, I appreciate the message of this article. ..."
Grace Terry Telling the Story of Creation Today ..."
"Thank you, Rabbi Green, for your excellent summation. I find myself in similar territory as ..."
Gary Telling the Story of Creation Today ..."
Browse Our Archives
get the latest from
Best of Patheos
Sign up for our newsletter
POPULAR AT PATHEOS Jewish
1