At the Autumn Equinox, also known as Mabon (after a hero from Welsh mythology), Pagan families celebrate the time of the harvest, give thanks for the year’s blessings, and honor the moment of balance as the days and nights are equal.  Although the Autumn Equinox is not one of the most well-known of Pagan holidays, there are quite a few picture books about the Equinox and the changing of seasons, which you can read as you are celebrating this holiday with your child.  You may want to read the books with your child in the weeks leading up to the Equinox so they become familiar with the concepts, and you can also read the book aloud as a central part of your family’s ritual.

If you are interested in a wider range of books that address the overall themes of your celebration, some other children’s book topics you could search for are:

Keeping those themes in mind, here are five seasonal books you can share with your children to honor the Autumn Equinox.

This is a sweet, whimsical story of “leaf people” who come out under a full moon to celebrate the harvest and the autumn equinox. The leaf children play while the adults prepare a party and feast. This book features gorgeous illustrations in brilliant autumnal colors and evokes a lovely seasonal mood.   The pages are short enough to make this toddler-friendly reading material, while the story will appeal to all ages.

Pagan Notes: This book is great for Pagan families, offering a sense of mystery and wonder at the turning of seasons.  I appreciated that in the story, a grandmother (a “wise woman” character) specifically says that they are celebrating the autumn equinox.  As a side note on gender, I noticed that the human “men and boys” are the ones bringing in the harvest, and that the leaf boys play an active pumpkin-stacking game while a leaf girl stands around watching them. 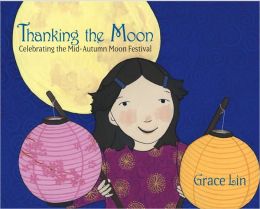 Grace Lin is a favorite author in my family for her picture books which often include spirituality, humor, and an emphasis on family. With simple words and luminous pictures, the book portrays a Chinese-American family celebrating the Chinese mid-Autumn moon festival with a midnight picnic including lanterns, round mooncakes, and other treats. There is a page at the back which explains in more detail the history, meaning, and practices of this festival, but the story itself just describes in very simple terms what the family is doing as they set up their feast and honor the moon. This book is appropriate for toddlers and up.

Pagan Notes: Although the mid-autumn Moon Festival (more information here if you’re not familiar with it: http://en.wikipedia.org/wiki/Moon_Festival) is not exactly the same as the Fall Equinox that most Pagans celebrate, it includes some similar themes, and it’s a great opportunity to teach children about differences and similarities in cultural celebrations.  This book really resonates with me spiritually as it portrays values of family togetherness and gratitude for our blessings, in tune with the mysteries of the natural world.

This story portrays a young girl named Smoky who is feeling sad about the changing seasons as her garden is dying.  She wanders into the woods where she has a feast with the goddess Equinox and various animals, and learns about the cyclical nature of life, death, and rebirth.  This book is appropriate for older preschoolers and up (you’ll probably need to condense some pages if you want to share this story with toddlers or young preschoolers). Some pages are a little didactic. 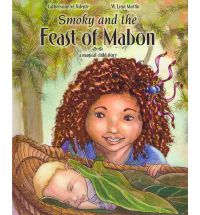 Pagan Notes: This is one of the few explicitly neo-Pagan children’s books out there, and it was great to have a specific story for this season to share with kids. I liked the message about being able to accept the changing of seasons as part of the spiral of life. However, I found it slightly confusing that the goddess in this story was “Equinox”, an embodiment of the season, rather than an actual goddess.  I liked that Smoky appears to be possibly biracial, and that her mother is portrayed with a realistic larger body type; I felt like they looked like real people I might actually meet! So I was disappointed to notice that the goddess is shown as being young and traditionally “pretty” with a cartoonish hourglass body shape.

This book is part of a series which portrays solstice and equinox celebrations in different cultures. They are factual rather than story-based, describing different historical and cultural beliefs and practices around the particular holiday. At the end of each book in the series, there is a seasonal myth or story and some crafts and recipes. This book is appropriate for older preschoolers and elementary age children; some children may find the style to be too informative (rather than story-based), and you may need to shorten some passages for younger readers. It covers a wide range of cultures and the illustrations bring life to the material. 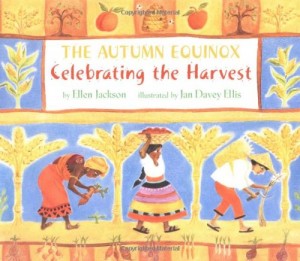 Pagan Notes: I like that the book is really informative and also that it differentiates the practices of various cultures (not lumping all European or all African traditions together).  However, it casts a pretty wide net as to which Autumn Equinox and harvest celebrations it portrays here, including some harvest festivals which happen at totally different times of the year. It also includes Samhain, which may be a little confusing for Pagan children, since we are not celebrating Samhain yet! 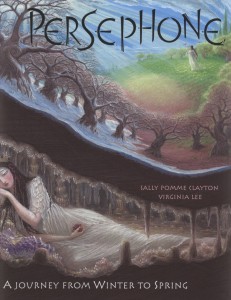 The gorgeous, classical-art-inspired illustrations are really the star of this retelling of Persephone’s trip to the underworld.  I loved the way the artist depicted the boundaries between the upper and lower worlds with layers of rock and soil.  The story itself is vivid and well told, but may be a little scary for younger children, especially when Hades abducts Persephone.  This is a good seasonal myth as it addresses the origin of seasons and shows autumn as the time of Persephone’s yearly return to the underworld.

Pagan Notes: This is a great introduction to a major Greek myth and has been a big hit in our household (after getting this book for the Winter Solstice, we went on a plane trip, and my then two-year-old scrambled under a row of seats in the airport, shouting gleefully “I’m going to the underworld!”). However, I will caution that this is definitely not a modern, feminist understanding of the myth. Other than Demeter’s power to blight the earth, the male gods in the story seem to hold most of the power, and Persephone is taken away against her will – and tricked into eating pomegranate seeds in the Underworld – by Hades. If you prefer, there is a more feminist retelling in “Circle Round” by Starhawk, Anne Hill, and Diane Baker which emphasizes Persephone’s choice to go into the underworld and to taste the pomegranate seeds which give her knowledge of life and death.

Meg Yardley is a Pagan and a parent of two young children, living in the San Francisco Bay Area.  She sings with the Turning Earth Singers, a Pagan music ensemble which recently led a “Pagan Kids’ Song and Story Time” workshop. She appreciates pictures books as a wonderful spiritual practice parents and young children can share. 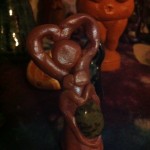 September 13, 2013
Passing on the Faith: Children's Sculptures
Next Post 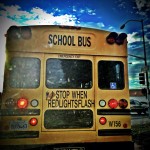 September 25, 2013 Advocating for Pagan Children in the Public School System
Recent Comments
0 | Leave a Comment
Browse Our Archives
get the latest from
Pagan
Sign up for our newsletter
POPULAR AT PATHEOS Pagan
1

Watch Hilda not Sabrina if You...
Dandelionlady
Related posts from Pagan Families