Hermes, Ethics, and a dash of Thelema 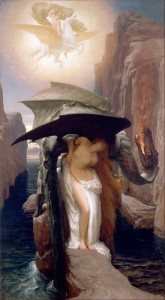 Ethics are a contemporary question. How to build a system of ethics suitable for a polytheist Pagan? For me, the ethical center of my life is Thelema. But as a free-range thelemite, so to speak, I interpret Thelema in an idiosyncratic manner. First, I’m only interested in the ‘Class A’ documents and generally leave Crowley out of the picture. I have read much of Crowley and have a warm spot in my heart for him, but I don’t trust his judgment in too many ways to accept his interpretation of the text. Remember, the very text says he will not understand (AL 3.47). In his writings, e.g., below, he shows that he was very much a man of the period. Thelema is the antithesis of Victorian-Edwardian culture (as any Hegelian would point out). But the core texts themselves, with the Book of the Law having the primary authority, present a profound, ethically focused spiritual system usable in a theurgic or tantric manner.

Some might be shocked to think of Thelema as an ethical system or even a ethically focused type of spirituality, yet by centering on such a notion as ‘Do What Thou Wilt’, Thelema asks the profoundly ethical as well as profoundly spiritual question: what am I to do? Ethics to theologians is one of the seven great categories of spiritual discourse, along with life, death, birth, sex, eating, and cosmology.

Also, many think of ethics in terms of rules. Besides the fact that rule based, punishment and reward ethical systems are mostly suitable for children, Thelema is proudly anti-nomian; it eschews rules and laws. Rather, it has a few maxims and some rather evocative poetry. Given that the fruit of Thelma can be described as individual integration with the Cosmic will, once accomplished, there is no need of rules, just lots of practice.

There are some problematic interpretations of Thelemic ethics. To the extent Scientology is an off-shoot of Thelema as reported variously, it is a rather bad job. Also, there is a more intimate and subtle interpretation that I reject while keeping watch for it in myself. It is ‘solipsistic’ Thelema. This is when a thelemite thinks, feels, believes, or otherwise operates as though they are the only volitional being in space (they are not always conscious of what they are doing). Their behavior tends to run over the intentions of other persons without regard to the fact that those other persons are also volitional agents. Usually might is the justification for such, but each thelemite should remember that Liber Oz (not a Class A text) cuts both ways and remember that the apparently weak can be heavily armed and deadly and are to be treated with according courtesy.

The Thelema I refer to begins by remembering that love is the law. That relationship itself is unavoidable, but we can choose how we are to relate. It reckons that none should force another, respectful of the dignity of each. But it does not begin with saying you must do this and you may not do that. Anything constitutes a potential action. There is no point in saying Thou Shalt not Kill, and then post a list of exceptions. Better to think in terms of the self-determination of all persons in the system, and that which impedes another’s self-determination must be minimized. At times there will be conflict, then to be adjudicated in the court of appropriate jurisdiction, whether in the field of battle, in the boardroom, before a Judge, or at the kitchen table.

But starting with the desire to never interfere with the willed actions of another being, to seek and support the self-determination of all persons including myself, can be the basis for a practical system of ethics.

In daily life, this has developed into a very conscious version of something my mother raised me to do: not bother people, not get in their way, not inconvenience them. It seems to me that a thelemite should be the soul of courtesy. In line with Liber Oz, a brief and rather direct interpretation of the Law of Thelema, the thelemite should presume that everyone, from the man behind the counter, the woman at the desk, the elder hunched over their cane, to even the babe in the bassinet is heavily armed and prone to fire. Then, like in armed societies, hopefully without having to be, courtesy and respectful dealings are the order of the day. The thelemite does so not because the person is armed but because the person deserves to be treated as though they were armed.

But morals are an entirely different kettle of fish. In my reckoning, ethics can be determined by reason and experience. No divine intervention required. Most cultures can work out that stealing, killing, and otherwise abusing each other is bad and must be prevented. Morals come from the Gods, our topic for next time…

January 31, 2017 Hermes & Morals, Good Night & Good Luck
Recent Comments
0 | Leave a Comment
"I'd be curious how those who are inclined toward animism interact with modern philosophies, from ..."
Curious1 Hermes and the Spirits
"Yes! Both/and."
yewtree Hermes and the Spirits
""Besides expertise, the priesthood has other responsibilities which the laity do not take on. First ..."
Kalysto Hermes in Service
"Thank you for this timely article."The priest...serves and focuses on the Deity. Something of an ..."
Heron Michelle Hermes in Service
Browse Our Archives
Related posts from At the Herm