How I found the Shinto-Pagan Path

How I found the Shinto-Pagan Path January 26, 2016 Megan Manson

Have you ever had a moment where everything in your life suddenly seemed to fit together like a jigsaw puzzle?

For me, it was a summer’s afternoon a few years back. I was walking home from town, when a fox jumped right out in front of me, gazed at me for a few seconds, then disappeared into the bushes. Foxes are considered to be messengers of Inari Okami, the Japanese deity of rice, prosperity and fertility. This particular fox seemed to have a message for me.

Up until that moment, I had been steadily exploring my interest in Paganism, but wasn’t sure where exactly to go, or even whether the Pagan path was truly right for me. I had continually resisted embracing my passion for Paganism and graduating from “Pagan enthusiast” to “practising Pagan.” What seemed to hold me back was my assumption that I could not consider myself to be both a rational, scientific person and also a follower of a religion. I love science and technology, so how could I essentially turn my back on science by embracing the realm of the supernatural?

The answer came to me in the form of Shinto, a religion that I knew about though my background in Japanese Studies. I’d graduated with a degree in Japanese from university prior to working in Japan as an English teacher, and later returned to England to work in the field of Japan-UK relations. I’d written about Shinto and other forms of Japanese spirituality in undergraduate essays, and participated in Shinto directly in Japan by going to Shinto shrines and festivals. I’d learned that Shinto is more or less a collection of indigenous folk beliefs and practises, many of which pre-date the arrival of Buddhism in Japan from China, and that Shinto focuses on the veneration of ancestors and kami, the myriad spirits of nature.  I’d also learned that Shinto is tightly entwined with Buddhism in Japan, and that it can be difficult to determine where one religion ends and the other begins.

It was thanks to Shinto that I was able to resolve this “science verses religion” conflict that had stopped me from becoming a practising Pagan. The Japanese have a great respect for science and technology – just look at their contributions to the global field (I believe there are currently 16 Nobel Prize winners from Japan in the fields of physics, chemistry and medicine). But this devotion to science sits comfortably with an open-minded attitude to supernatural experiences and a great enthusiasm for ceremony and ritual based on religion; that’s probably why Japan has so many festivals. There are many possible reasons for the harmonious relationship between the scientific rationality and spiritual outlook held by a large proportion of the Japanese population, but I think one of the most important is that in Shinto, actions take precedence over belief. In my experience, many Japanese aren’t too sure what they believe at all – additionally, they do not consider having well-defined spiritual beliefs as particularly important. They’ll carry on making pilgrimages to shrines, going to festivals and taking part in seasonal Shinto rituals without worrying too much about whether or not the kami really exist. They do it partly because they enjoy doing it; it feels “right” to them.

When I realised this, I understood that this was the missing piece of the puzzle for me. I had approached Paganism from a Western, Christian perspective, probably due to my Catholic background. I thought that faith was a fundamental starting point for spirituality, and that one had to essentially choose between whether to trust in science or believe in religion. Shinto taught me that this was not the case at all. It taught me that it was OK to be a Pagan for no other reason than it feeling “right,” and that one could still follow a religion and hold scientific fact to be just as valid. As I grew to learn more about Neopaganism and the Pagan community, I realised that many other Pagans in fact feel exactly the same way. 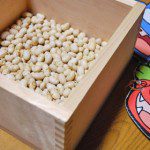 January 28, 2016 Setsubun - "Japan's Imbolc"
Recent Comments
0 | Leave a Comment
Browse Our Archives
get the latest from
Pagan Tama
Sign up for our newsletter
POPULAR AT PATHEOS Pagan
1

Autumn Is Coming, And Too Many...
Tea Addicted Witch
Related posts from Pagan Tama