The Path of the Free

While much of the world’s attention is currently focussed on the US elections, the UK is somewhat distracted by the upcoming referendum on its European Union membership on June 23rd this year.

The only view I find myself in complete disagreement with is any objection to having a referendum at all. I think it is wonderful that we’re having one. It’s a cause for celebration. This is a chance for we, the people, to take real control over the fate of our nation. It’s the ultimate privilege, and the ultimate responsibility, that comes with the freedom we have as individuals.

And as a Pagan, I believe there is perhaps nothing more important than freedom.

Freedom within the community

Neopaganism is based upon the ideals of liberty. For many, it’s a path rooted in nature, the ultimate expression of freedom as nature is considered “untamed,” compared with human society which is regarded as controlled and regulated. Perhaps more importantly, it’s also a path founded on the folk traditions of the general populace, rather than the teachings of a particular individual or institution. This is partly true for pre-Christian pagan beliefs, and certainly true for the modern revivalist traditions of Neopagans today. Pagans tend to reject any hint of authoritarianism; attempts to turn Paganism into a path constrained by a single doctrine, or to give Paganism a single voice, are largely met with deep suspicion. As many within the community comment, trying to impose rules and structure on Pagans is like trying to “herd cats;” an apt description, not only because cats are a favoured animal among Pagans and witches, but also because cats are an enduring symbol of liberty. As David V. Barrett says in A Brief Guide to Secret Religions: A Complete Guide to Hermetic, Pagan and Esoteric Beliefs,

“It is arguable that one of Neo-Paganism’s greatest strengths is its diversity. Although there is sometimes rivalry and mutual criticism between different traditions and groups of Neo-Pagans…there is probably far more commonality between them, and mutual support in the face of opposition, than there is between the many variations and offshoots of Christianity.”

You could say that Pagans are in fact united as a community because the majority believe in liberty, diversity and respecting each other’s individual paths, rather than enforcing rules and dogma. It is because we believe in individual freedom. 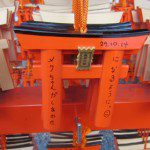 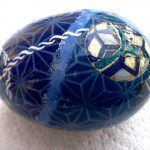