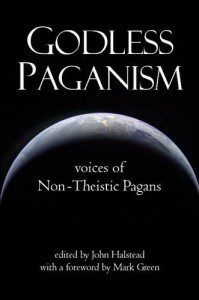 I’d been looking forward to reading Patheos Pagan writer John Halstead‘s Godless Paganism: Voices of Non-Theistic Pagans for some time. I admire Halstead’s writing, especially his thoughts on Humanistic Paganism, and I also admire him for taking a lead role in championing the various forms of Paganism out there that are not centred on the worship of literal deities. Godless Paganism is a cumulation of all of Halstead’s work in giving such Pagans a voice in the wider Pagan community.

Godless Paganism presents a range of essays by Pagan writers who see themselves as lying in the Non-Theistic Pagan spectrum. A large number of contributors will be familiar to Patheos readers: Alison Leigh Lilly, Allison Ehrman, B. T. Newberg, Cat Chapin-Bishop, DT Strain, Pat Mosley, Peg Aloi, Rua Lupa, Sara Amis, Shauna Aura Knight and Tom Swiss. A range of topics are presented, including defining “godless Paganism” and interpretations of the divine, non-theistic approaches to prayer and ritual, the role of nature in non-theistic Paganism, and non-theistic Pagans of the past.

Because non-theistic Paganism can be seen as rejecting Pagan deities on the surface, the idea of godless Pagans is controversial for some. Is it appropriate for atheists to define themselves as Pagan? Or are they misappropriating the term? The essays in Godless Paganism all reach the same conclusion: Rather than rejecting the idea of deities outright, atheist Pagans are re-defining what “deity” means within the Pagan context. Quite simply, they are Pagans who take great meaning and fulfilment from the nature-based and mystical aspects of Paganism, but want to reconcile this with 21st century rational, scientific outlooks on life.

The essays in Godless Paganism are the voices of intelligent, thoughtful (and very often highly educated) people, with a genuine respect and awe for nature as well as indigenous and pre-Christian religions. They are all well-written and highly persuasive, but a few contributors in particular stand out: Halstead (naturally) for “The Disenchantment of the Gods and the Reenchantment of the Archetypes” and “I Worship the Blind Goddess” (the latter is particularly inspired); Lilly for “Anatomy of a God” and “Gods Like Mountains, Gods Like Mist” (the most beautifully written and poetic essays in the collection, in my opinion); M. J. Lee for “Being Human When Surrounded by Greek Gods”; Nimue Brown for “Of Gods and Stories”; Chapin-Bishop for “What Do You Mean, ‘God,’ Cat?”; and “The Forgotten Gods of Nature” by Lupa. A special mention must also go to “Four Devotional Practices for Naturalistic Pagans” by Anna Walther for concisely giving some real, practical ways that non-theistics can express their Paganism, and “The Three Kindreds” by NaturalPantheist for its interesting interpretation of Shinto kami.

Godless Paganism is a very valuable contribution to the world of Pagan literature – in some ways, an essential contribution, as it’s one of the few works out there in which non-theistic Pagans have openly expressed themselves and been given a chance to argue their case for this rather different interpretation of what it means to be Pagan. Not only that, but Godless Paganism shows a very real solution to the very real problem of reconciling modernity with tradition, and spirituality with science: by putting science and naturalism at the heart of spirituality, and by giving people the freedom to define their spiritual experience however they see fit. 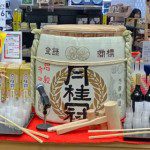 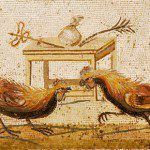