If You Break The Law To Stop Free Expression, You’re Just Being Lazy

For the most part, the United Kingdom is a very tolerant and liberal place that embraces freedom of speech, expression and religion. For the most part, I feel relatively safe practising my religion openly here and personally I’ve yet to encounter any issues of discrimination or abuse due to my religion. Most people I meet are very respectful, positive and curious about my Pagan path.

But every now and then, something happens that acts as a sad reminder that there’s a minority of people who do not accept my religion, and want to go out of their way to see it crushed. And sometimes, they’ll resort to illegal actions to achieve this.

Case in point: a shop called Spellbound in Gloucester.

As described on its website, Spellbound is “a spiritual resource centre for Witches, Pagans, Psychics and anyone on an eclectic alternative path.” It sells  crystals, amulets and other witchy paraphernalia, and the owner, Toni Hunt, herself practises witchcraft.

According to the managers of Spellbound, the shop has been a target of sustained intimidation and abuse by “Christian fanatics” for several years. The reported incidents include threats to burn the shop down, harassment of staff in the shop, and vandalism through throwing eggs at the shop and covering the door handles with an oily substance. You can hear what the owners have to say here.

What is going on is illegal action against freedom of expression which appears to be in the name of religion – specifically, illegal action carried out by extremist Christians who are offended by Paganism, witchcraft and the occult.

There have been many times in my life where I have been offended by the actions of others. I have witnessed animal cruelty, environmental destruction and members of the far-right marching in my very home town, and every time I saw such things, I felt literally sick with rage. All these things I saw went against everything I had been brought up to believe in about respecting life, being kind to people and animals, and tolerating other cultures. The primitive, animal part of me wanted to physically lash out against the things that were offending me, so I could punish them and so I wouldn’t have to look at them any more.

But I never did anything of the sort. Instead, in all these cases, I found other like-minded people and together, we raised our objections. We sent letters to the offenders or to MPs telling them what we thought. We raised public awareness of the issue to try and get more people on our side. We participated in demonstrations and protests. But we did so while respecting the rule of law. While we all hated what the offending party said and did, we respected that they had the right to free expression within the law, just as we did.

Which is why I disagree so vehemently with those who say that the right to free speech has limits when it comes to religion – in other words, saying that those who blaspheme or otherwise insult religion are “asking for it” if crimes are committed against them. I say a big NO to this. Aside from speech directly inciting or threatening violence (like the threats to burn down Spellbound), by definition freedom of expression gives us the right to offend. It gives us the right to blaspheme, to worship Pagan deities in defiance of Christian teachings, and to mock religion and any other aspect of human culture without fearing either action by the state, or vigilante action by terrorists, hate groups or individuals. That does not mean that you are free to say what you like without anyone else countering you. And you can expect to lose friends very fast when you spout opinions widely considered to be against social rules of civility. But those who counter you must also act within the law. There is no excuse for illegal action against those you find offensive, be it vandalising their property, issuing death threats, physically assaulting them, or murdering them in cold blood.

If someone wants to make fun of me for worshipping nature, fine – I might give you a cutting witty retort or the cold shoulder in reply, but I’m not going to hurt you or do anything illegal to retaliate. And if you want to tell me that my religion is blasphemous to you and offends you, that’s fine too – again, you’ll probably make me unhappy, but you have the right to say it. And if you take offence at a shop selling products and services you don’t like, you have the right to tell the world, to peacefully protest about it and to give people a chance to hear why you don’t like it. But you never, ever have the right to take the law into your own hands and commit criminal acts against the shop and its owners. When you think about it, it’s just lazy. It’s just refusing to engage in the long process of protesting, debating and slowly bringing people to your way of thinking – or, perhaps, changing your own way of thinking. It makes you look barbaric and idiotic. And it makes you look like a loser, because it suggests that, deep down, you know that you are unable to win the argument.

And no, I don’t think the entire Christian world needs to be condemned for the actions of a few fanatics. That’s silly too. I think most Christians would be appalled by this story, for was it not Christ who taught His followers of the importance of turning the other cheek? 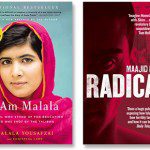 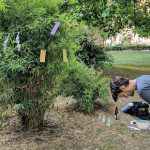