When Is Imbolc 2019? Facts About Pagan Holiday
International Business Times
Imbolc, one of the oldest traditions celebrated by pagans, is celebrated to mark the end of dark, gloomy winter, and the beginning of a new spring…

According to pagans, spring is springing
Big Think
The ancient holiday of Imbolc celebrates the imminent return of the sun in Spring…

A fine day for shower and rain
The Sunday Times
These prognostications probably came from the ancient Celtic festival of Imbolc, held on February 1…

Laa’l Vreeshey, and the story of the saint and the witch
IOM Today
What ties together Bride, Port St. Mary and the Nunnery with a saint and a witch, at the start of February?…

‘Setsubun’ festival: Everything you need to know
Japan Today
Setsubun literally means “division of seasons”, and the special day signifies the start of spring…

Expert warns of allergy risk over popular Setsubun festival food
The Mainichi
Chowing down on fat “ehomaki” sushi rolls packed with many topping types has in recent years become a favorite meal option on Setsubun, an annual festival held the day before the beginning of spring in the old lunar calendar…

Spinal Tap actor joins opposition to tunnel at Stonehenge
MailOnline
The US actor lodged his objection on behalf of Spinal Tap fans, saying: ‘I have an emotional connection to the place…and to the importance of preserving it for future generations of Tap fans.’…

The Wild Hunt’s Solstice Survey Results
The Wild Hunt
The Wild Hunt recently conducted a non-scientific survey of its readers. The survey asked how its readers felt about the recent solstice holiday season. Many people did not have positive experiences. Almost everyone reported that their family had multiple spiritual traditions…

Denton’s first Pagan Pop-Up brews up safe space for believers
North Texas Daily
The first ever Pagan Pop-Up event was held on Jan. 27 from 12 to 8 p.m. and invited local pagans to unite in a safe space where people of all faiths are accepted…

Millennials are turning to witchcraft to bring out the magic in their homes
The Times
People have always turned to witchcraft, spiritualism and the occult to guide them through troubled times — so Feldmann’s book comes at an opportune moment…

Seeing Stars: Astrology and the Art of Letting Go
Vanity Fair
Horoscopes aren’t science—so why can’t I stop trying to divine the intention of the heavens?…

Seasonal Fire Festival Drives Demons Away
All About Japan
300 people gather in Fukuoka to take part in the 1,000-year-old Onisube ritual to ward away demons like illness and disaster…

The cleansing fire
ABC News
For Japanese men, the ages of 25 and 42 are considered the “calamitous years”. How do they ward off bad luck? With a huge wooden shrine, fire, and generous amounts of sake…

Shinto priests’ records reveal accelerating lake ice thawing
National Geographic
For hundreds of years, Shinto priests living on the banks of Lake Suwa, in the Nagano Prefecture of Japan, watched the surface of the lake freeze solid each winter.

Tidying guru Marie Kondo talks big messes, Shintoism and viral fame
CBC
Marie Kondo is the Japanese organization guru behind the best-sellers The Life-Changing Magic of Tidying Up and Spark Joy, and the smash hit Netflix series Tidying Up With Marie Kondo. Her core teaching is that we should only hold on to the things that “spark joy” in our lives…

State Support
Mimusubi
The Daijōsai to be held in November as part of the accession of the new Tennō is one of the most important Shinto rituals, and thus of great interest to the Shinto world, and particularly to the Shinto establishment…

Ancient Carved ‘Drums’ Give Exact Stonehenge Measurements, Say Archaeologists
Live Science
A set of highly decorated chalk cylinders, carved in Britain more than 4,000 years ago and known as the Folkton drums, could be ancient replicas of measuring devices used for laying out prehistoric monuments like Stonehenge, archaeologists say….

A cemetery housing 40 mummies uncovered in Tuna el Gebel, Egypt
Egypt Today
The cemetery houses mummies of men and children as well as wells, all in a very good condition…

Pembrokeshire Iron Age chariot under police protection
Western Telegraph
The coroner also said the site of the chariot burial, which is being kept secret to prevent theft of artefacts still in the ground, is now a scheduled ancient monument and would be under the protection of Dyfed-Powys Police…

Are religious people happier, healthier? Our new global study explores this question
Pew Research Center
The short answer is that there is some evidence that religious participation does make a difference in some – but not all – of these areas, according to a new Pew Research Center report that looks at survey data from the United States and more than two dozen other countries…

‘The Shutendoji Picture Scroll’: Japan’s grisly tale of demonic drama
The Japan Times
“Shutendoji Monogatari,” (“The Tale of the Drunken Demon”), is one of Japan’s most popular folk tales, dating back to the 14th century…

Assam legislators ask Sonowal government to act against witch hunting
Northeast Now
The members also asked the government to provide suitable financial aid to the families of these victims and also to the survivors of these cruel practices..

India: ‘witch hunters’ kill mother and four children
BBC
Police in India are searching for more suspects in connection with the murder of a woman and her four children who were accused of being “witches”…

Kenya: Villagers torch house of ‘witchcraft’ suspect
SDE
Police arrived in time to rescue a man accused of practicing witchcraft from a mob baying for his blood in Malava, Kakamega County… 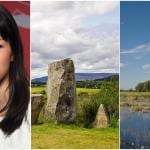 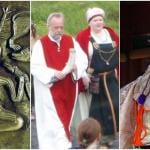 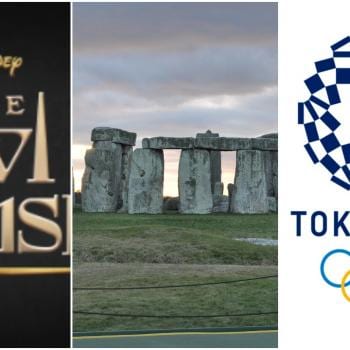 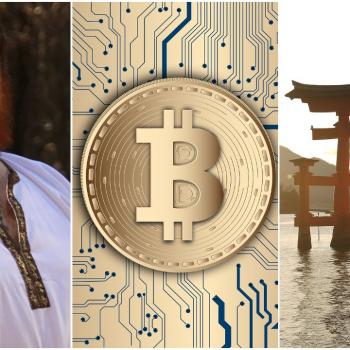 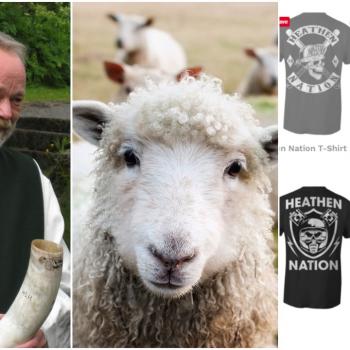 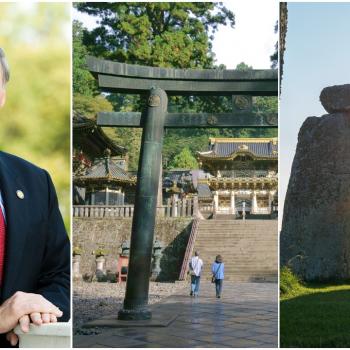