US: Minnesota town’s residents uniting against Asatru Folk Assembly’s racist beliefs
Duluth News Tribune
There’s tension in Murdock following the City Council decision to award a conditional use permit to the Asatru Folk Assembly for the use of a former Lutheran church as its gathering hall…

Why do Pagans celebrate the shortest day of the year?
The Telegraph
In the Pagan and Druid communities, they celebrate the first sunrise after the astronomical event – and English Heritage time their official event in line with this…

Hurriyet Daily News
The statue of “mother goddess” Kybele, which was believed to be the symbol and protector of abundance and fertility in prehistoric times, is set to return to the land where she was born…

India: Jharkhand government to launch scheme to help women accused of ‘witchcraft’
The New Indian Express
Under the scheme all those women who faced torture in the name of ‘witchcraft’ will be identified and provided with help to make them financially independent…

India: Woman beaten to death on suspicion of ‘witchcraft’, 7 arrested

Deccan Herald
A 60-year-old woman was beaten to death with sticks and rods in West Bengal’s Jalpaiguri district on the suspicion that she practiced witchcraft, police said on Thursday… 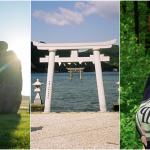 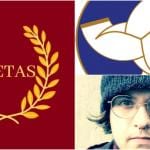