Why a growing interest in witchcraft is leaving us spellbound
Metro
The pandemic has affected us in ways we’ve yet to fully comprehend, but one of the more unexpected is a new wave of witchcraft…

The Mainichi
A man under arrest for allegedly shooting former Prime Minister Shinzo Abe during a stump speech here has told police that he intended to target a senior official of a religious group, sources close to the case have said…

Shinto group-linked booklet calling homosexuality a ‘mental disease’ sparks backlash in Japan
The Mainichi
LGBTQ rights activists and supporters protested in front of the ruling Liberal Democratic Party (LDP)’s headquarters on July 4 after an intra-party panel meeting circulated a booklet claiming that “homosexuality is a mental disease or addiction.”…

King Arthur’s tomb dig to unearth secrets of ancient Britain
The Times*
Arthur’s Stone in Herefordshire, near the Welsh border, is said to be the last resting place of the mythical King, and is now being dug up in a joint venture by English Heritage and the University of Manchester to discover how ancient Britons lived, died, honoured their dead and celebrated their ancestry…

Israel: 8,000-year-old Yarmukian ‘Mother Goddess’ figurine uncovered at Sha’ar HaGolan
Jerusalem Post
The 20-centimeter figurine was found broken in two pieces next to the wall of a home at the Sha’ar HaGolan Yarmukian archaeological site…

LiveScience
A wealthy pagan burial ground, dating from the first years of the Anglo-Saxon invasion of Britain during the fifth century A.D., has been uncovered near London ahead of a high-speed rail project, known as High Speed 2 (HS2)…

Ancient Egyptian statues found in English garden
Arab News
Two stone statues of sphinxes dating back 5,000 years and worth hundreds of thousands of dollars have been discovered in a garden in the English county of Suffolk…

Jordan: Snake monument in Petra offer clues to the past
Al Bawaba
Petra’s Snake Monument in the southern part of the rose-red city offers clues to the role of serpents in Nabataean’s religious practices, according to a German scholar…

Germany to return looted goddess statue to Cameroon’s Nso people
Quartz Africa
The mythical statue known as Ngonnso’—which had been missing for 120 years—beyond its ethnological and cultural significance, is the statue of the founder and first queen-mother of the Nso Kingdom who is highly revered as a goddess by her people…

Saudi Arabia: A mysterious cult that predates Stonehenge
BBC
Spread over a vast, remote landscape in north-western Saudi Arabia are millennia-old archaeological remains that could change our understanding of prehistory… 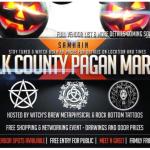