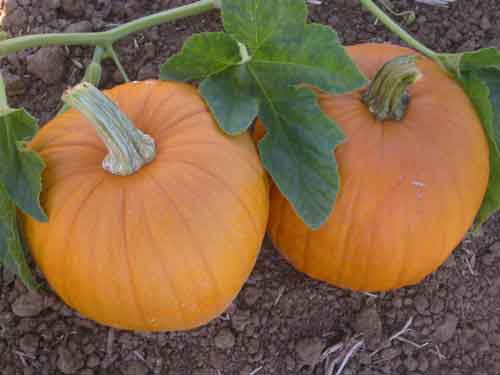 There’s something extremely unsettling about writing a Samhain Ritual in August. It would be easy to attribute that feeling to the weather; it certainly doesn’t feel like Autumn out here, but climate has very little to do with it. I think my unease comes from “living” with this ritual since the start of early February.

After attending an Imbolc Ritual my wife and I put together, one of my friends asked me if I would lead his* group’s Samhain Ritual. He didn’t warn me that this ritual would be haunting me for the next eight months, but did inform me that they usually have over 100 folks show up for Samhain, and that the ritual would be in the local Masonic Hall. Attendees in the triple digits? A Masonic Hall? A Budget? What’s not to like? I enjoy a challenge, and it’s rare that I get to lead a ritual with so many people outside of festivals. I told him my wife and I were in, and my mind has been clouded with Samhain thoughts ever since.

Since this group treats it’s Greater Sabbat Rituals seriously (they don’t even bother with solstices and equinoxes) I’ve been focused on it since the initial asking. In addition to being serious, this group is organized, perhaps to a larger degree than I’m used to. Since I’m kind of an outsider (I’ve only lived in Northern California for a year and a half) I think they want to see my ritual sooner than later. That’s one of the reasons I find myself so focused on it in August.

There are many different ways to write ritual. I usually look for inspiration about a month before hand, and then begin formulating an idea or two. I usually let those ideas rattle around in my head for a week or so and then commit them to paper (or hard drive). I don’t like waiting until the lsat minute to write a new ritual (and practice before hand is also a good thing), but I also like to write while I’m in the middle of which ever way the Wheel of the Year is turning. Channeling Fall during the height of Summer takes a certain amount of skill that I lack.

Writing a ritual down and getting it out of my head is kind of like an exorcism. There’s something cathartic about releasing it from my mind’s eye and transferring it to another medium. The ritual doesn’t completely go away in such instances, but it begins to yell less loudly. Coming to a conclusion on ritual language for instance, helps to end some of the internal dialogue I usually engage in with my ritual writing self.

Even though I’ve begun the ritual writing process, everything still hangs heavy in the air about me. Samhain is a weighty and emotional time of year, and to live it for all of these months has begun to effect me. When you are constantly thinking about the Summerlands, spirits, the afterlife, and the Lady of Death it’s no surprise that your perspective changes. I constantly feel like there’s something looking over my shoulder and every bump in the night terrifies me. Even when alone I don’t feel like I’m alone. I like the presence of my lost loved ones at Samhain, I don’t know how I feel about them being around during pre-season football.

The worst part has been living the words and emotions in a daily loop. Picturing that moment where friends are reunited with the dearly departed, and then having to re-picture it over the course of days and weeks has reduced me to tears on a number of occasions. Trying to articulate my feelings about the Goddess as the Mistress of Death and Rebirth has not been easy. Forcing myself to continually relive that birthing process has been especially gut-wrenching.

Writing calls and charges to the gods is always vexing. You do your best to channel those emotions that sum up your feelings about Goddess and God, but in my case, I never feel like it’s good enough. I worry about sentence structure, and if my vision of them comes through clearly. I have a picture in my head, but I’m not an artist. All I can hope to do is give voice to my ideas through words, and I am no poet. There have been times while writing when I’ve felt a bit of divine guidance, but those moments have been rare during this project. While I understand the necessity of death, there’s a part of me that resists direct contact with that aspect of deity. Death is not something I’m currently looking to embrace. So I work and write and wrestle with these strange emotions all while attempting to define a part of our gods that we usually only recognize for a few fleeting weeks each year. (I realize that there are some who probably embrace those “darker” aspects of the gods far more often than the majority. I’m obviously not one of them.)

Some of my work on the Charge of the Goddess of Death:
“I am she who is feared, yet she who would bring comfort. I am the end of all things and the beginning of all else. I would give you peace, freedom, and reunion with those who have gone before you. My gifts are rarely sought, yet freely I offer them. I am she who embraces every woman and every man. None shall escape my touch, but fear it not, for I hold the Cauldron of Life within my hands, the power of immorality for all those that would be reborn in your world.”

“Few yearn for me, yet I am the balance in this world without end. Without me thou would not live again. I am the end of suffering, the release from all pain. I gather the spirits who have left your world and offer them a place in it once more. I am the mystery of the end, and the wonder of beginnings.”

I spent most of today writing in the forced darkness of my office with I-Tunes playing a selection of melancholy Loreena McKennitt songs on a continual loop. I feel good about the ritual I’m constructing, but I wish it was easier to escape from. I know that my life is good; I’m healthy, happy, with lovely friends and a beautiful wife who is my partner in nearly all things. I just wish it were easier to slip into those emotions sometimes. On the positive side, I can already promise the world that Yule is going to be one hell of a party.

August 13, 2012
Always with One Foot in the Broom Closet
Next Post

August 17, 2012 Gateways to Paganism: Paul Huson's "Mastering Witchcraft"
Recent Comments
0 | Leave a Comment
"Mabon's my favourite, I was surprised how low it was. I didn't expect it to ..."
Nekoshema Your Favorite Sabbats (Or Sabbats By ..."
"Love this! We often just call it "Pagan Thanksgiving" and have done with it. It's ..."
Seba O’Kiley Mabon: The Most Pressing Issue of ..."
"Well done, Jason!"
Angus McMahan Mabon: The Most Pressing Issue of ..."
"One thing I can't understand about Buckland's altar set-up is that he recommends a drinking ..."
Nicholas Chiazza Books Aging Poorly: Scott Cunningham’s “Wicca”
Browse Our Archives
Related posts from Raise the Horns