Drawing Down the Moon: Personal Reflections

(When I’m out on the road visiting various Pagan Festivals (like the upcoming PantheaCon and Convocation gatherings) I often present workshops. One of my better ones is on Drawing Down the Moon, so I’ve decided to turn it into a series of articles for Raise the Horns. Due to the length of the workshop, and the even lengthier typed out version, I’m going to share the whole thing over the course of several weeks. This is just part one, and future installments will include the hows of drawing down the moon, the history of the ritual, and its possible origins.) 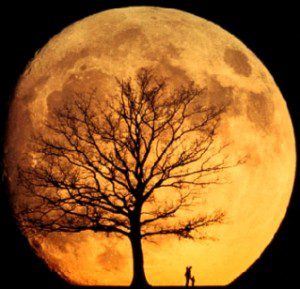 When most of us think about Modern Wiccan Ritual, we tend to think of calling quarters, casting a circle, and inviting deity into the circle. Those are all magickal things in their own right, but to me the most incredible part of ritual is Drawing Down the Moon. How many other faiths let you talk to deity? There’s something incredibly powerful about the idea of being in a room with the Divine, and not just feeling the presence of the divine, but being able to literally talk and interact with the gods.

For the uninitiated Drawing Down the Moon is the process of directly calling deity into a mortal vessel. When a High Priestess (or Priest) draws down the moon she literally draws the Goddess inside of herself. Once the Goddess is there, the Priestess is absent, and the Goddess speaks through her daughter and interacts with those around Her.

While drawing down the moon is practically the most awesome think I can conceive of, it’s often absent from a lot of Modern Pagan Ritual. There are certainly groups who still make it a central part of their rites, but that seems more like the exception these days. There are a lot of reasons for this. Drawing down the moon is hard work, a lot of people aren’t ready to do it, and it’s not something you generally see at (open) large rituals. It’s also such an overwhelming experience for everyone involved (Priestess and circle-mates) that it’s generally not a good idea to do in certain (most) circumstances. By its very nature it’s something that requires a well trained clergy. 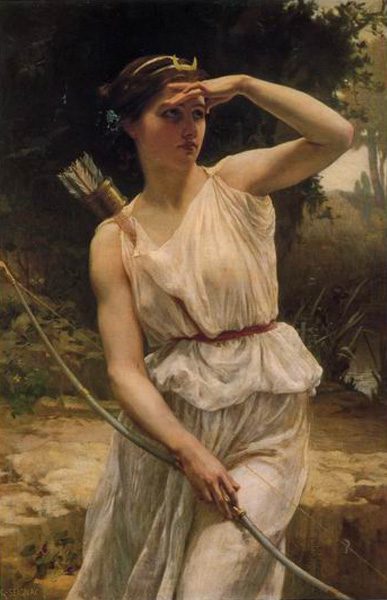 I had my first experience with drawing down the moon thirteen years ago at a Samhain Ritual and it was one of those life-changing moments we sometimes have as Pagans. There were a few things about that moment that will always be with me. The first were the eyes of my High Priestess/The Lady; they were alien, penetrating, powerful, and nearly drove me to tears. They weren’t the eyes of the High Priestess who entered the circle with me, they were the eyes of the Goddess. To this day I swear that my High Priestess actually “glowed” that night. It was if someone had sprinkled her with the contents of a glow stick. There was a light that radiated off of her that couldn’t be explained by conventional means.

There were times that evening when I was afraid to even look at Her. I felt like I was unworthy to gaze upon the Goddess. Deep within my self I had this crazy fear that the Lady was going to stand up, point at me, and yell “fraud!” judging me for those moments in my life when I had lost my faith in Her. Seeing a friend and my High Priestess literally transform before my eyes, and in a way that was both physical and spiritual, I left that ritual a changed man.

There are degrees of Drawing Down, and that same night my now wife also had an experience with the Goddess. I remember leaving that ritual thinking that she (my now wife, and then ex-girlfriend) had “grown up” before my eyes that evening, but it was apparently more than that. I remember the cadence to her words changing, her voice low, with an authority to her words that was often absent from her daily interactions in those days. It was only years later that she told me about the entire drawing down experience she had.

Drawing down the moon can be a full on possession, and it can also be like the touch of a butterfly wing, light but undoubtedly there. The “deepness” of the experience depends on a number of factors: the whims of the gods, our physical and mental states at any given time, and our ability too say “yes or no” as to how far we give ourselves up. I’ve had moments drawing down the sun when I have completely stepped out of body, and moments when I’ve felt His hand upon my shoulder, lending me his strength, thoughts, and guidance. 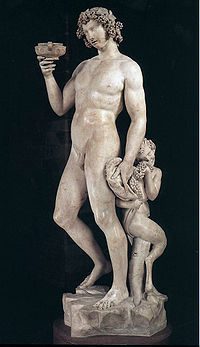 Just a month before that Samhain Ritual I was High Priesting my second ever Morrison Ritual (in honor of Jim Morrison as the 20th Century incarnation of Dionysus, all set to music of course), and as it went along I began to feel myself slip away. In the two weeks leading up to the ritual I had been preparing myself to get into “Morrison Headspace.” I was reading (and re-reading) biographies on The Doors, books of Morrison poetry, and scholarly stuff on the worship of Dionysus in the Classical Period. In addition to the reading and dramatic readings of Jim’s poetry I was also consuming a healthy amount of wine, eating red meat (which I rarely every do) and listening to The Doors to an almost cult-like degree. I was ready for this ritual in that I had done my due diligence, but I wasn’t expecting a transcendent moment.

Those special Pagan moments happen though, whether we expect them or not, and somewhere in the middle of that ritual I lost myself. I was told later about the girls I kissed and the jokes I told, and I wish to high hell I could get those memories back, Dionysus has kept them to Himself for whatever reason. While I was away I remember being warm, happy, and content; it was pleasurable, but not in an orgiastic sort of way, more in that “wrapped up under a warm blanket on an autumn night” kind of way.

It’s easy to explain away my drawing down of the Sun (and Dionysus) especially under the circumstances. A reasonable argument could be made that I was drunk and blacked out for a period of time, but that seems unlikely. Making the claim that I was clean and sober that evening would be a lie, but by my standards I didn’t really drink all that much. It’s pretty hard to lead a ritual and drink a lot, and it’s impossible to talk with a bottle of mead in your mouth. The timing of the possession was near perfect too. There’s a period in that ritual when we offer “initiation” into the Morrison Clan, and that’s when Dionysus stepped up and I stepped away. The drawing down that evening was not planned, but not completely unexpected either. I can see Dionysus wanting to be at that party, it was for Him after all.

Since those two incidents I’ve drawn down Dionysus on multiple occasions, and have also drawn down Pan a small number of times. I’ve also witnessed several High Priestesses draw down the Lady. Even though I’ve seen drawing down done a number of times (and been a part of it too), it’s still a rare thing. It’s not a part of every ritual, and just because it’s attempted doesn’t mean it will work (you can’t tell deity what to do, deity does what it will). In my nearly twenty years of Paganism I’ve only experienced those “completely in awe” drawing down moments a handful of times, yet they are the most powerful Pagan memories I have.

November 12, 2012 Drawing Down the Moon: Deity in the Circle
Recent Comments
0 | Leave a Comment
Browse Our Archives
Related posts from Raise the Horns