The Confusion of Imbolc 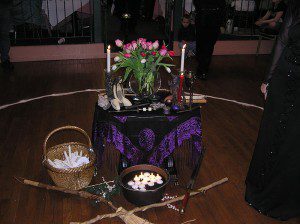 (This post originally appeared on Agora back in February of 2012; it was my first post on Patheos. I always liked this particular piece and felt as if I had abandoned it by not moving it over to RtH. It’s not exactly the same post, I did some editing and added a few things, but nothing major, so if you’ve read it before you may not want to bother. Cheers! -jason)

I’ve always found Imbolc to be a rather confusing holiday from a theological perspective. Most sabbats have a pretty clear meaning, and that meaning is consistent no matter where you live. Beltane is a fertility rite, Mabon is about the harvest, Samhain is about death, etc etc. Of course you’ll always find people who want to “tweak” the meaning of a holiday, or find a way to approach it from a different angle, but generally the trappings will always remain the same. With Imbolc, that’s not the case.

Up until February of 2011 my wife and I resided in Lansing Michigan. Our Imbolc rituals there often revolved around melting snow in a large bowl. In Michigan Imbolc is not the start of Spring, it’s the height of Winter, and should be celebrated as such. Since moving to the San Francisco Bay Area, Imbolc has taken on an entirely new meaning for me. Unlike in Michigan, Imbolc really is the start of Spring out here. It marks the start of the rainy season, and there are flowers blooming in the front yard. Trees are budding, and all of the things I tended to associate with Michigan in April are happening here in February*. I love this “early spring,” but it’s also alien, because the traditions which worked so well back in Michigan seem like they were tailored for an entirely different holiday.

(As a side note many of my California friends don’t really think winter gets started out here until the beginning of February. They see the “rainy season” as winter, despite the green grass, budding trees, and new blooms. In their defense, people out here often drive as if a light rain is a raging blizzard, so maybe those who see “Winter” at the start of February are on to something.) 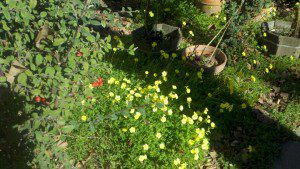 Sabbats should be shaped around what’s actually going on in your natural world, and not about what went on in someone else’s natural world two thousand years ago. Yes, to the Ancient Celts Imbolc might have very well marked the start of Spring, but the Celts also had only four holidays (they didn’t celebrate the equinoxes and solstices), and lived in an entirely different climate than that of most Americans. I like looking to the ancient pagan past for inspiration, but that past is not an absolute. Just because someone once looked at something a certain way doesn’t mean that I have to do the same now. Besides looking to the year 1 for inspiration at Imbolc isn’t all that helpful, there’s nothing from those ancient pagan days suggesting how the Celts actually celebrated the holiday. (Though it’s probable, judging from medieval records, that the holiday had something to do with the birth of farm animals and the first milk from those animals that accompanied it.)

My first public ritual in the Bay Area was an Imbolc one, and I remember one of my friends asking me in the days leading up to the ritual “what Brighid chants?” I’d be using. Since we were corresponding over Facebook I can only imagine the fallen look on her face when I told her that Brighid wasn’t a part of the ritual, because she didn’t hesitate to express her disappointment. Imbolc is the only “Pagan Holiday” (in the broadest sense of the word) we explicitly celebrate with a particular deity (not an archetype) singled out for special praise. Even many who generally just acknowledge “The Lord and Lady” during ritual mention Brighid on Imbolc, she’s a large presence in early February.

Unlike a lot of figures celebrated as “Celtic Deities,” Brighid is no archetype, or folk-tale turned into a goddess. She was undoubtedly worshipped in ancient Ireland as the goddess of teaching, the forge, and healing, and her influence was so powerful that she was morphed into the Christian St. Brigid (1). Many have argued that her worship might have encompassed a much larger segment of the Ancient Celtic World than just Irealnd, as the name Brighid (and variations of it) has been attached to a plethora of Celtic Goddess Figures. 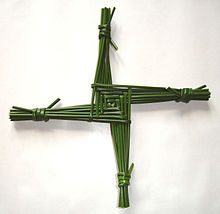 Many of the traditions and rituals celebrated with the Feast of St. Brigid (February 1) have been absorbed into Modern Paganism (or perhaps they were pagan to begin with, but there are no records of them before the 1600′s), mostly because they feel Pagan. Dressing up a bed for the “saint” to lie in while leaving her milk and cookies feels more like a Yuletide Santa tradition than a Christian one, but the tradition of “Bride’s Bed” is well documented throughout Catholic enclaves in the British Isles(2). I’ve known a great many Pagans who annually weave a cross for Brigit out of straw or rushes and place it above their front doors for good luck. Whether these traditions are truly Ancient Pagan or Irish Catholic is irrelevant, it’s more about what they do for the individual.

The Christian holiday of Candlemass is another piece in the puzzle of Imbolc. Candlemass isn’t a corruption of Imbolc, but an entirely different holiday, just coincidently on the same day. The earliest celebrations of Candlemass date back to the fourth century, with the holiday its self being dedicated to purification and the “return of the light” (possibly inspired by Christian imagery such as “Jesus is the light of the world”). The Roman word februa (where we get February of course) signified purification; Spring cleaning has been around for a long time. (3) The most memorable aspect of Candlemass involved candles, the celebration of light’s return, a celebration that has been co-opted (or perhaps reintroduced) by Modern Paganism.

Out of the two holidays which co-exist with Imbolc, it’s Candlemass that I tend to take the most from. Yule works well as a “return of the light” holiday as well, but at Imbolc it’s easy to see the days getting longer and the sun getting stronger. It’s no longer a hope or a wish like at Midwinter, but an actuality. Celebrating the return of the Sun as a young solar god meshes well with much of the cosmology found in Modern Eclectic Craft. I don’t have a problem with Brighid, it’s just that the worship of a mature, womanly goddess doesn’t coincide with how many of us view The Wheel of the Year in February. For many Pagans, the Wheel of the Year isn’t just a seasonal journey, it’s a walk with the Lord and Lady as they proceed through the various points of life. At Imbolc I celebrate the young Maiden who is beginning her walk through our world. Unfortunately, that journey has nothing to do with Brigid, who is goddess enough that she deserves more than to be shoe-horned into a ritual.

So for many reasons, Imbolc is a boondoggle of a holiday. It’s the only sabbat with wide variations from place to place. It has a history that parallels two (at least) nominally Christian holidays, and the only sabbat set aside by many that specifically references one particular deity. It also lacks a truly knowable ancient past. I kind of feel like I’m short-changing Imbolc a little bit, but it shows up during a quiet time of the year, and I think it’s relived that I don’t fuss too much about it.

*Of course Global Warming is beginning to change that. I think it was 90 degrees in Michigan last March. My brother came out here for a school conference and was happy to escape the heat. That’s totally messed up. 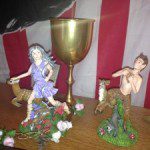 How to Do Paganism Wrong –...
John Beckett
Related posts from Raise the Horns 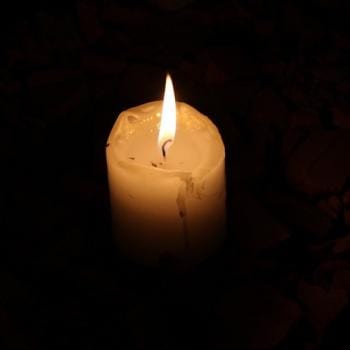