Beltane, Maypoles, and Spring into Summer 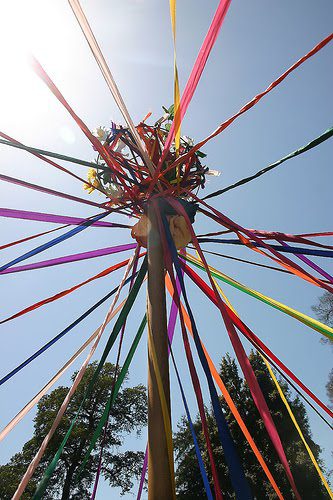 I’ve always seen the sabbats as a sort of yearly passion play between Goddess and God, Lord and Lady. The gods are born, the gods copulate, the gods sacrifice themselves and then are reborn again. I’m fully aware that this myth was absent in Gardner’s cosmology (Maiden, Mother, and Crone had yet to be inserted into Modern Paganism), and that you can’t find a complete version of it in ancient mythology. You can read bits and pieces of other myths as being a part of that cycle, but it’s more of a “new” myth than something rooted deep in antiquity.

The majority of my rituals designed for public consumption (which means large gatherings) make ample use of the Maiden-Mother-Crone cycle, especially during the spring, and especially at Beltane. It’s just so easy to picture a young Goddess and a God standing together in a world of near heavenly delight. The two of them yearning for one another, passion found in the fragrant Spring night. When envisioning the perfect Beltane it’s always one full of smiles, flowers, and the phallic Maypole standing tall at the center of it all. When the sun finally sinks low into the sky, and the moon smiles down upon us all, my mind can picture couples walking into the woods hand in hand, lying down together in the green grass, Beltaning the summer in.

When I was younger, I assumed that the sex, and the flowers, and the Maypole were how Beltane has always been celebrated. I envisioned my gatherings and rituals as being similar in structure and practice to those of the Ancient Celts and various other pagans. Perhaps my Masonic and Golden Dawn inspired Wiccan rites were a little off, but I was certain that my celebration of the Maiden and my dance around the Maypole were similar, if not nearly the same. 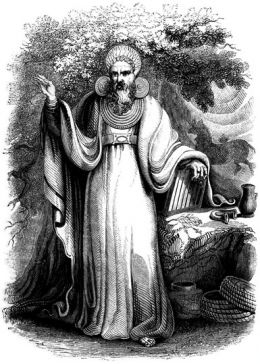 Most of the trappings I associate with Beltane were absent in the Celtic pagan celebrations of the holiday. About the only thing that can be said about ancient Beltane with any real authority is that it was a fire festival, and probably a little less joyful than what most of us do today. Cattle were routinely run between fires (and in the 9th Century that practice was said to involve Druids) to protect them as they moved from their winter quarters to their summer grazing-land. When you are dependent on cattle as a source of food, you want to do everything possible to ensure their survival, so instead of Beltaning in the woods it was more important to bless the livestock.

Fire as a source of control and good fortune wasn’t just limited to cattle, human beings jumped over fires for good luck as well. It was also said that one could gain control over a neighbor by pilfering the fire from their hearth on Beltane. If your cook-fire went out on May Day (or May Day Eve) that meant waiting a day or two before relighting it from the hearth of another, unless being accused of less than honorable intentions wasn’t a bother. In some (I’d guess happier) hamlets Beltane was little more than a giant feast among friends, with a fire in the public square and communal cook pot as the feast’s centerpiece. 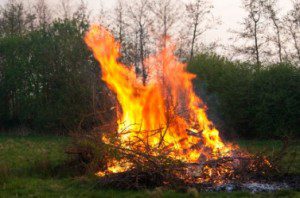 Many holiday traditions feel timeless, as if they’ve always been associated with a certain day or season. In reality, the slotting of those traditions is mostly a modern function. In addition to fire, Beltane was also associated with customs that we now celebrate at other times of the year. Beltane sometimes functioned as a period of “misrule,” with the social structure being turned upon its head. It was also a time to worry about fairies. Both attributions are mostly missing from modern Beltane celebrations, though a part of me wants to compose a ritual around these ideas just to mess with people.

There are many people out there who celebrate the solar deity Belenus at Beltane, and while the names sound similar it’s doubtful that Beltane is related to the mostly Austrian Belenus. The earliest manuscript mentioning Beltane makes a note of “lucky fires,” and as we’ve seen that’s certainly an accurate attribution. The same text goes on to link Beltane with a god named Bel (or Biel). Historian Ronald Hutton thinks that’s probably nothing more than a misguided reference to the Old Testament-named deity Baal, an ancient pagan god the Christian who first wrote about Beltane would have been familiar with. The Celtic word “bel” did mean bright or lucky, so lucky fire as the origin of the word Beltane makes a good deal of sense. (1) 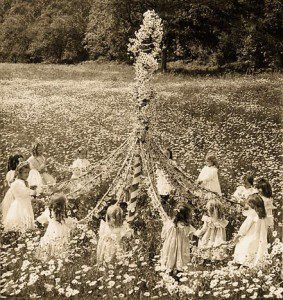 Most of the things we associate with Beltane come from post-pagan Europe, though that doesn’t necessarily mean they are Christian, just that they arose independent of religion. I tend to light up the grill on Memorial Day Weekend, but that doesn’t mean that grilling is a Christian custom. A lot of old Beltane traditions fit the definition of rustic pagan. They are traditions which feel linked to the rural agricultural countryside, and often reflect seasonal circumstances. Many of these rustic pagan traditions feel (and look) so completely spiritually pagan that Christians tend to fight against them. The Maypole is a perfect example of this.

Up until the 1300’s history makes no mention of the Maypole, and when it does begin to appear in the historical records it’s not mentioned as “phallic” or “ancient pagan.” The earliest function of the Maypole was simply to mark a space to congregate. People celebrated Spring around the Maypole, often engaging in dances around it. There were no ribbons tied to the top of it, though it was sometimes decorated with flags, flowers and/or greenery. Over the next few centuries the Maypole went in and out of favor, with some church-goers denouncing it as pagan of course. (2) 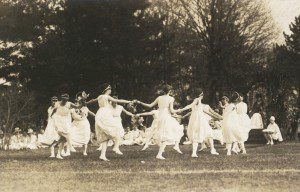 By the time the 19th Century rolled around the Maypole was mostly out of style, but would be reborn at the start of the 20th Century as a way to reconnect with the rustic paganism of the long-lost English countryside. This time it would re-emerge with a specific dance attached to it, along with new associations. The ribbons-go-round the Maypole dance most of us do is a relatively recent phenomenon, dating back to just the last few hundred years or so. Also relatively recent is the notion that the Maypole is “phallic.” Early Maypoles were not designed or said to look like, resemble, or infer the penis. 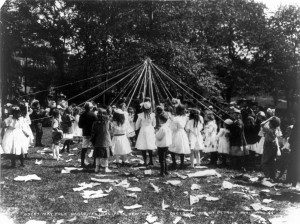 That’s not to say Beltane is lacking in sexual energy, for much of the last 700 years May Day has been associated with sexual goings on. Just because the Christian Church didn’t approve of sex before marriage doesn’t mean it didn’t happen. Besides, young people were often the ones dancing around Maypoles and having those communal meals, a little close proximity after a winter spent indoors was likely to arouse a few folks. (Birth rates are not necessarily higher in January though.)

Parades, mini-festivals, May Kings and Queens . . . all of that is of rather modern invention as well. Some of it dates back to the Renaissance, but even then it wasn’t a part of pagan antiquity. Still, when you examine history, you constantly see the desire to celebrate the turn of the Wheel in a seasonally appropriate way. In the United States many of the things that might have been a part of a modern, secular Beltane celebration have been transferred to Memorial Day. (This is not true in many other parts of the world where May Day is a state holiday.) 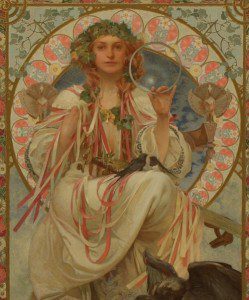 The Ancient Celts celebrated Beltane as a kind of “coming out” day for their livestock, in post-pagan England people used it for similar purposes. Today Memorial Day is celebrated sort of like that too. It’s when pools tend to open, and it’s an opportunity for families and friends to get together for a long weekend. For some, Easter fills a bit of that void, but it’s not a legally recognized holiday, and some people can’t get past the religious associations. For the Celts Beltane was the start of the Summer season, Memorial Day fills that same role in the modern era. I’m not writing that to denigrate Memorial Day or Beltane, simply to point out how the need for a “welcome in the summer” holiday seems so important to our culture. (I will add that it’s a shame Memorial Day weekend doesn’t focus as much on those who have fallen in combat as it used to. We’d be better off instituting a May Day holiday to celebrate the start of summer, and getting a completely separate holiday to venerate our war dead.)

Despite some of our most cherished Beltane traditions not necessarily being related to ancient paganism, I’m still amazed by them. One of the things that I cherish so much about Modern Paganism is just how “right” everything feels within it. We find the things that reflect how we see the seasons and make them a part of our Wheel of the Year. Just because ancient Druids didn’t dance around with Maypole ribbons doesn’t make my Maypole dance any less fun. Our holidays reflect the ways people celebrate the turn of the seasons, those ways aren’t any less valid for arising outside of a pagan religious tradition. This Beltane, sing, dance, and make love all in Her praise, because people have been doing just that all along, even when they didn’t realize it.

1. For more detail on the possible origins of the word Beltane read Ronald Hutton’s The Stations of the Sun, Oxford University Press, 1996, pages 218-220. 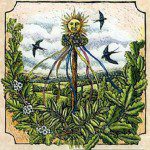 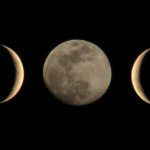 April 24, 2013 My Defining Pagan Moment
Recent Comments
0 | Leave a Comment
Browse Our Archives
get the latest from
Raise the Horns
Sign up for our newsletter
POPULAR AT PATHEOS Pagan
1