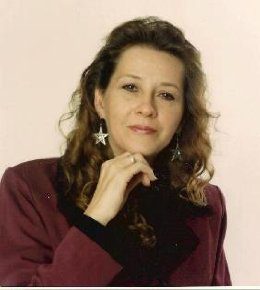 When the definitive history of Modern Paganism is written one of the book’s biggest chapters will be dedicated to the 1990’s. It was far from the most important decade in Paganism, but it was wildly influential, and continues to be so. It was the era of the warehouse-bookseller, with stores like Barnes and Noble and Borders containing thousands and thousands of titles and often a fully stocked “Magical Arts” section. Movies like The Craft sort of portrayed Witchcraft in an accurate light, and artists such as Tori Amos and Loreena McKennitt explored Pagan-like themes on hit albums. The personal computer was making life easier, first as a tool to create a plethora of great Pagan magazines (like the Green Egg, but I also miss Green Man, Connections, and Enchante), and then as a networking/social tool, linking many of us together in new ways.

Right in the middle of all these trends was Silver RavenWolf, who came out with the perfect book at the perfect time, and became perhaps the most important and influential Pagan author of the 1990’s. Her output in the 90’s (and into the early part of the aughts) was nearly prodigious, as she averaged a little over a book of year for much of that time, with many of those books averaging over 300 pages. In about six years Ravenwolf became not only a best-selling Pagan author, but she also became a star in New Age circles by writing books such as Angels: Companions in Magick, Hexcraft, and American Folk Magick. Those were all in addition to her Witchcraft books (To Ride A Silver Broomstick, To Stir A Magick Cauldron, To Light a Sacred Flame, and Teen Witch) which began publication in 1993. It was an amazing hot-streak for an author, and one that will probably never be equaled in Pagan circles.

(To put some of that in perspective, Margot Adler has two Pagan-like books to her credit, and those were published nearly twenty years apart. Starhawk has published six solo non-fiction books in a little over thirty years, RavenWolf published seven in six years. Obviously quantity does not always equal quality (no one is ever going to confuse Drawing Down the Moon with Broomstick), but it remains an impressive feat.) 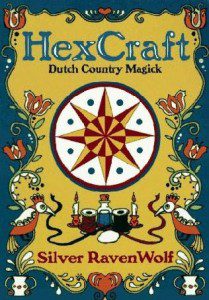 I was twenty-one years old when I first encountered Silver RavenWolf, and while our time together was fleeting, for a short period Broomstick was one of my favorite books. While people love to point the finger at RavenWolf (and many of those criticisms are well deserved*) her most vocal detractors sometimes lose sight of the fact that she was a terrific writer. To Ride a Silver Broomstick remains an extremely potent and magickal package, regardless of how you feel about the content. RavenWolf made Witchcraft feel alive, vital, and even more importantly she made it feel personable. There’s a lot of information in things like Buckland’s Big Blue Book of Witchcraft, but the Witchcraft he was writing about always felt remote when I was younger. Reading early RavenWolf was kind of like whispering in the dark with an old friend, and it was delightful. Those conversations aren’t always substantive, but they are fun, and can lead to greater things.

RavenWolf’s Wicca was sexy and hip back in the early to mid 1990’s, and the perfect kind of thing to pick up if you happened to see The Craft. It was Witchcraft with pretty women on the cover and all about spells and personal empowerment. It was about the ideal being obtainable, with a little spellwork and some advice from Mama RavenWolf. Silver’s Neo-Wicca (as described by some detractors) wasn’t for the Old Guard or the experienced, it was specifically for seekers and newbies. As I said at the beginning, Broomstick (and its sequels) was the right book at the right time, and completely played into the Neo-Witch Archetype being played up on shows like Charmed. It was (and remains) a doorway kind of book for folks influenced by TV and movies about the supernatural, and its success changed Pagan publishing forever. 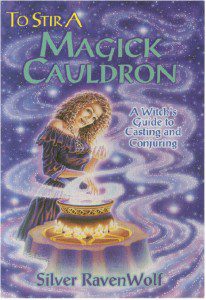 Throughout the 90’s my peer group tended to revolve around Michigan State University, and most of us who practiced Witchcraft owned a copy of Broomstick. By the late 90’s those of us who owned Broomstick were generally in one of two camps. There was my camp which had kind of grown out of Silver’s perspective (Angels? I’ll pass), and those that continued to hang on her every publication. Sometimes, you just outgrow an author, and by the late 90’s I had moved on to the Farrars and Hutton. My friends and I weren’t alone in our mixed feelings about RavenWolf, within the Pagan Community as a whole she became a rather divisive figure. 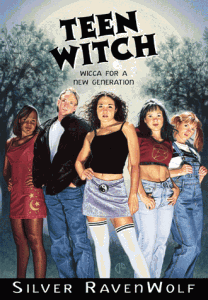 Many of those negative feelings can be summed up in two words: Teen Witch. The idea behind Teen Witch was understandable; teenagers are interested in Witchcraft so let’s create a book for that demographic. Like all of Silver’s Llewellyn books, Teen Witch looks great; the layout, the fonts, the little stars everywhere . . . . Llewellyn’s ability to create a beautiful book is often overlooked. Sadly that’s where the kudos mostly end. Teen Witch is mainly a collection of often silly-sounding (and sometimes ethically questionable) spells. Elf Locker Spell, Beach Baby Sun Spell, Crabby Teacher Spell, it’s no wonder why most people over the age of 16 snicker at Teen Witch. There’s something to be said for personal empowerment, but spells to replace your school bus driver because they might be grumpy? Who cares if they have a family to feed or that you might be the cause of their ire, my bus driver is sullen damnit and I want a new one!

RavenWolf’s Teen Witch Kit was seen by many in the Pagan Community as a new low (it contains a Yes/No Coin!), and I remember being rather horrified when I first came across it, but time has mellowed my opinion a bit. Someone was going to market a Teen Witch kit in the year 2000, I guess it was probably better that a Pagan Publisher and author made a little bank off of it than someone outside the tribe. The folks in Minneapolis have to eat, as does the RavenWolf clan, and I can think of far worse things to get ramped up about. In fairness to RavenWolf, I remember hearing that this was coming out whether she played a long with it or not, so it kind of becomes a case of damned if you do and damned if you don’t. 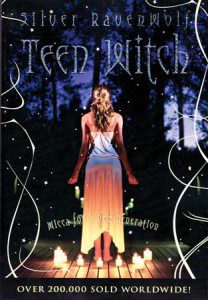 Twenty years after the publication of Broomstick, Ravenwolf continues to be a best selling Pagan author, but it sometimes feels as if she’s floating in a different orbit than the rest of Pagandom. I no longer run into her at Pagan Festivals, and devout Silver fandom is a bit rarer these days. When discussing “essential Pagan books” she’s often left off the list, despite selling hundreds of thousands of books. Sometimes even the tiniest mention of her results in outright hostility, and and I often get the feeling that Anton LaVey would be more popular at parties (if he weren’t dead of course).

Despite my problems with books like Teen Witch, I took a lot from Silver’s early work. Say what you want about the occasional ethical lapses, her spells are generally well constructed and easy to do. I still do a lot of RavenWolf-influenced candle magick, and her encouragement to write personal rituals and not just read them out of a book was a bit of advice I fully took to heart during my formative Pagan years. Yes, there’s a lot of bad history in her early books, but there’s also a good bit of inspiration to be found there too. Do most of us outgrow Silver? Absolutely, but most of us outgrow our 101 books regardless of author. Has Ravenwolf written some crap? Certainly, but she’s also served as a valuable gateway to Paganism, and her imagination and take on Modern Witchcraft still speaks to thousands of people. That’s an accomplishment only a very select few can claim.

*This article is not an exploration of those criticisms, but if you are curious about them they are easy enough to find. I just trust in your ability to use Google!

May 9, 2013 The Pain of Mother's Day
Recent Comments
0 | Leave a Comment
"I get so frustrated with the current youthful fad of saying Witchcraft isn't a religion, ..."
Wolf Worship Is More Than Words & ..."
"Setting the price too low will actually hurt attendance.It signals that the event probably isn’t ..."
kenofken Festivals & Authors
"A full weekend of well programmed presentations should cost $300, bare minimum. $120 is peanuts. ..."
kenofken Festivals & Authors
"Thank you for the shout out, Jason. It is a challenging path to walk because, ..."
Christian Day Festivals & Authors
Browse Our Archives
Related posts from Raise the Horns