Holier Than Thou Paganism

I often joke with my friends in ADF (a Druid group) that they are “fake Pagans.” I don’t mean it of course, but as a Wiccan I approach ritual differently than they do, and it’s fun to talk about how we perceive the strengths and weaknesses of the two ideologies. I do the same thing with some of my Feri friends. We might disagree on matters of ritual or theology, but we’d never seriously question each others Paganism.

I’m a big tent guy, and while I may not agree with atheist Pagans on matters of theology or on the rightness of worshipping Batgirl as a sacred totem, people can do whatever they want. I don’t see how those things threaten me in any way. I have my gods, I have my circles, I have my communities (both online and off), things are good in my life. It’s fun to take pompous windbags down every once in awhile, but I’d never question anyone’s Paganism. Sam Webster and I disagree on whether or not one can worship Jesus and still be a Pagan, but it’s not personal and I certainly would never question his Paganism or commitment to his gods in that debate.

I’ve always believed in an expansive definition of Paganism. The word (both with upper and lowercase “p’s”) has many meanings, and because of those many different meanings there are many different kinds of Pagans. There are some whose Paganism is defined by ritual, or a belief in the sacredness of nature. There are polytheist folks like myself who see their Paganism as defined by a belief in particular deities. You can be a monotheist and strictly worship the Great Goddess and be a Pagan. There are many options out there, and you may not agree with all of them, but I’d never question their Pagan-ness.

Sadly, there are some out there who do enjoy questioning the Pagan-ness of others, I ofte refer to this as Holier Than Thou Paganism. I came across a post on PaganSquare yesterday that just defined Holier Than Thou Paganism, and it just rankled me. I don’t keep up with all of the debates that feed the belly of the Pagan Blogosphere, but it’s safe to say that there has been an ongoing discussion between atheist Pagans and deity-centric Pagans, along with stuff about “pop culture” deities. There are a lot of moving parts to all of these debates and they led to Heathen blogger Galina Krasskova writing this:

Some of us are working as hard as possible to restore our traditions and some of us are working only to make themselves feel good. So let me get this out of the way from the start: My polytheism, which informs every aspect of my life, is not people-centric. It is not focused on making human beings feel better about themselves, or about fitting into a nice social group. It is not an excuse for intellectual masturbation, nor do I practice it for my own gratification. It is not always comfortable, and is quite often inconvenient. My polytheism, as I believe devotional polytheism by its very nature should be, is very, very Deity centric. I honor and serve the Gods because it is the right and proper thing to do as an intelligent, responsible adult. While my practice is in part about building community, that community is one centered in devotion to the Holy Powers. That is the only community in which I am interested. I would go so far as to say Paganism that isn’t Deity centric isn’t Pagan (emphasis Mankey) . It might be fun. It might be a intellectually entertaining. It might be a nice, accepting social gathering. It’s not, however anything approaching polytheistic spirituality. 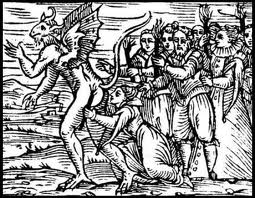 I don’t know Ms. Krasskova, and I have no personal animosity towards her, but I completely disagree with the statement that “Paganism that isn’t Deity centric isn’t Pagan.” I call such pronouncements Gate-Keeper Paganism. Pagan Gatekeepers are people who seek to limit the definition of Paganism and push out those that disagree with them. Do I think deity worship is an important part of Paganism? Sure I do, but it’s not the only thing that might define someone as Pagan. Some have even suggested that Gerald Gardner (the first person to start a long lasting Modern Pagan Tradition) was not particularly religious or interested in the gods. If Gardner’s focus was more on ritual, how can anyone make the argument that Paganism is defined only by a belief in the gods?

I have no problem with people attempting to define limitations in their own traditions, I just don’t think those limitations can (or even should) be applied to Pagandom as a whole. If someone does “Pagan things” they are probably a Pagan. I don’t believe in a Pagan litmus test, we should all be able to worship and celebrate as we see fit. I certainly sympathize with Ms. Krasskova, I also love the gods, but my faith is strong enough that I can share my circle with pantheist Pagans and even atheist Pagans. I don’t think it’s my place to ask for your “Pagan card” at the start of ritual.

Gatekeepers aren’t the only Holier Than Thou Pagans running around, they’ve got friends. In any online discussion with lots of comments you’ll inevitably find a post or two from a Woe is Me Pagan Martyr. Hilariously there are usually martyrs on both sides of every issue. “Every time I talk about being a polytheist I get attacked!” is usually only a comment or two away from “because I don’t literally believe in the gods no one respects my beliefs!” Just because someone disagrees with you doesn’t mean you are being “attacked” and the majority of us respect nearly everyone. No matter where you fall on the spectrum of belief within Paganism there will be someone out there who at least thinks similarly to you. Remember, it’s almost never personal, and if you are going to post stuff online, believe me, you have to have a thick skin (or learn to just ignore all comments and criticism). 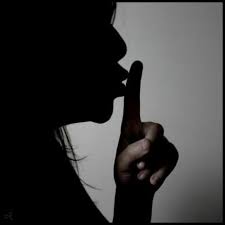 I can understand feeling isolated or picked on from time to time, it does happen, and it’s easy to misunderstand tone when reading something online. The Holier Than Thou group I tend to understand the least are the Holders of the Ancient Secrets. Holders love to talk about their “secret” Pagan knowledge and how wrong you personally are, all without ever sharing any of their secret information. If it’s a secret why are you even talking about it? It’s fine to believe that your Paganism comes from the Ancient Etruscans, but if you can’t prove that it does you probably shouldn’t be arguing it.

Often walking hand in hand with the Holders of the Ancient Secrets are the More Serious Than Thou Pagans. I get it, you take your Paganism very seriously, so do I, but why do you have to demean others while doing so? Not everyone is going to end up a High Priestess or a High Priest, and that should be totally fine. If someone wants to simply work with Silver Ravenwolf books their entire life what’s the problem? I’m guessing that that the folks you are more serious than aren’t in your circle, coven, or tradition anyways. Some people just need a bit of spirituality to get by in this world and aren’t worried about unearthing every Craft mystery in existence.

I don’t think of my Holier Than Thou Pagan Brethren as trolls or other such nonsense. While I may not be a fan of their sweeping pronouncements, secrecy, or woe is me attitude, they are generally coming from an honest place. I understand wanting your Paganism to be everyone’s Paganism. People feel that way because the path they are walking on really works for them. The thing we all have to remember is that we are all walking on our own paths, and they are all different. No journey is ever quite the same, and we should respect the different highways that divide us and, on our good days, sometimes bring us closer together.