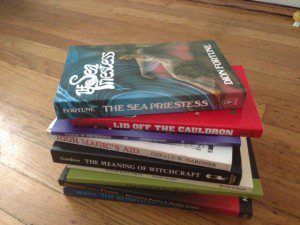 This past weekend I came across a person asking about “next level Wicca books” or “things outside of Wicca 101.” When I sat down to answer the question I ended up numbly staring at my keyboard for several minutes unable to come up with anything. Most books about Wicca are “101” books because Wicca is a religion that’s best experienced. You can read the ritual of Drawing Down the Moon but eventually you have to do it (or be around someone who does it) to understand the process. Even books that claim to be “second level” usually just rehash the same material over and over.

This is not the space to get into the debate on whether or not initiation is necessary for one to call themselves “Wiccan” (we’ve done that on Raise the Horns, it’s right here), but I will say that a well trained teacher makes a huge difference. I was a boot-strap Wiccan for a good decade before encountering an established coven, and the things I learned in that group had a profound influence on my Wiccan practice. I know that not everyone can find a teacher, but if it’s possible to I highly recommend it.

Like almost all words in the Pagan-sphere “Wiccan” is extremely problematic and has been used in a variety of ways over the last few decades. For my purposes here “Wicca” is defined as a magickal religious tradition whose origins can be traced back to Gerald Gardner. Pretty much anyone who calls the quarters, invokes a Goddess and God, celebrates Cakes & Wine/Ale, celebrates the eight traditional sabbats, and self identifies as a Witch or a Wiccan owes something to Gerald Gardner. Due to the definition being employed here the books mentioned in this article have a very “British Traditional Slant,” besides the point of this is to recommend books that people haven’t read before. (I’ve done the “Pagan 101” list before, it’s right here.)

With my caveats in place, let’s get to the list. 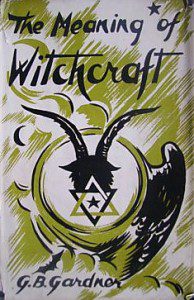 If you really want to tackle Wicca, sometimes it’s best to start at the very beginning, which means Gerald Brosseau Gardner. By recommending Gardner, I’m not claiming that his books are coherent or well written, just that the content of those books has been an influence for the last sixty years or so. For our purposes, there are three books by the “Grand Old Man of Witchcraft” worth reading. The first is a novel, High Magic’s Aid, originally published in 1949. High Magic’s Aid is not a hidden literary gem, it’s a mostly slow moving adventure novel, but it does contain some magic and ritual (owing far more to Ceremonial Magic than the Witchcraft Gardner would reveal just a few years later) that were a huge influence on the Modern Craft.

When it comes to Gardner, High Magic’s Aid is probably the high point when it comes to reading, but no Witch’s library is complete without The Meaning of Witchcraft (1959) and Witchcraft Today (1954). Both books are full of outdated history and make some large leaps in logic, but they offer strong insight into how the people we would come to call Modern Pagans thought in the 1950’s/early 60’s. The Witchcraft Gardner writes about can be traced back to the Stone Age and has links to nearly every magical tradition ever celebrated. It’s Wicca as a system somehow connected to the Knight’s Templar and King Arthur’s Holy Grail; a complete hodgepodge of magical and occult tradition all in one place. 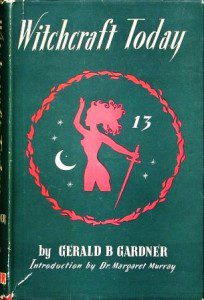 Much of what Gardner writes about has little bearing on Modern Wicca, but there are moments when his prose captures an idea or image. The Goddess and God he writes about are instantly recognizable, and he gives them a romantic history that links them to ancient Babylon and the witches of the Middle Ages. As much as I dislike much of what is in Gardner’s books, I still find myself drawn to them on occasion. When I’m trying to capture the essence of an idea (and I’m not at all concerned about historical accuracy) I consult Gardner.

(It was pointed out to me in the comments below that I sound extremely harsh in regards to Gardner’s works. I’m actually a big Gardner fan, but as a writer he leaves a lot to be desired. There are great moments in Gardner’s published writings, especially when’s he’s writing about things that are familiar to practitioners of Modern Wicca. The problems arise when he’s writing about dwarves in ancient Europe or fragments of history that modern historians have discounted. It’s important to remember that he was writing in the early 1950’s and was attempting to tackle a subject that had never been written about before. It shouldn’t be a surprise that his books are laborious to read, but that doesn’t diminish my respect for him as a person or the importance of some of the ideas in his non-fiction books and novels.) 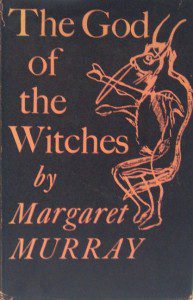 The forward to Gardner’s Witchcraft Today was written by Dr. Margaret Murray and her books are very similar to Gardner’s in that the ideas within them are far better than the history they attempt to tell. As history, Murray’s The God of the Witches is pretty awful (Pan is not Robin Goodfellow), but as the foundation for an entire archetype it’s a tour de force. I don’t think it’s an overstatement to write that Murray basically creates The Horned God archetype in TGotW. She links a varied array of gods together and then adds Robin Hood for good measure. She calls Cernunnos “one of the greatest gods” and follows that up with the idea that he might have been the “supreme deity” of Gaul, cementing his importance to Modern Pagans. (For the record, it’s highly unlikely Cernunnos was “one of the greatest gods” of Gaul, and I say that as a fan and a follower.) Even while I disagree with much of her history, it’s impossible not to get swept up in the sheer joy that is her take on the God of the Witches.

Dion Fortune has been influencing Modern Witchcraft since the 1930’s with both her fiction and non-fiction books. Her The Mystical Qabalah (1935) is considered a classic on the subject, but it’s her fiction books which have probably had the biggest impact. The Sea Priestess (1938) is more than just an occult novel, it’s an early blueprint for Witch ritual, full of gorgeous rites and invocations. Some of her other fiction books are worth a read too, especially The Goat-Foot God (1936). 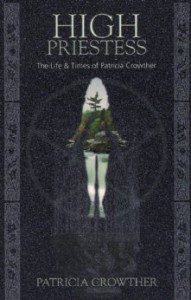 I’ve always believed that if you want to know about something you should go straight to the source, after Gardner (and often times far more clear and intelligible) the best sources are some of his early High Priestesses. Patricia Crowther’s memoirs are a fascinating mix of history, reflection, insight, and ritual. Her first memoir, Witch Blood (1974), has been out of print for several decades now and is currently selling for over 200 dollars online, luckily her later memoir High Priestess (published as One Witch’s World in Britain) (1998) is still in print and easily available. 2009’s Covensense is also worth tracking down, as is 1985’s Lid Off the Cauldron. All of Crowther’s books contain information generally not available elsewhere (though finding it is sometimes like panning for gold). 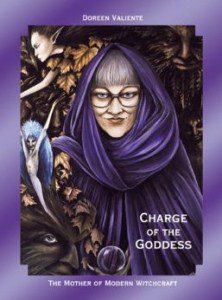 Gardner’s most famous High Priestess is undoubtedly Doreen Valiente, and I’d be remiss if I left her out of this conversation. As a first person history of early Paganism nothing tops The Rebirth of Witchcraft (1989). From Gardner to Cochrane and everything in between Valiente was everywhere the word “Witch” was. 2000’s The Charge of the Goddess: The Mother of Modern Witchcraft (currently out of print . . . . gods I have been blessed with a good library) is a collection of Valiente’s poetry along with her own hand-written notes and several seldom seen pictures. The poetry is what makes the book, and her words speak to the greater secrets and truths within The Craft of the Wise. The poems are also pretty awesome and I often find myself sneaking them into my own rituals. 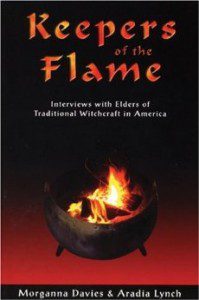 Another out of print book that I’m a big fan of is Keepers of the Flame (2006) by Morganna Davies and Aradia Lynch. Keepers is a collection of interviews with various American Craft elders and contains a lot of information and ideas generally absent from most books on Modern Wicca. In a similar vein is Wiccan Wisdomkeepers (2002) by Sally Griffyn which is another collection of interviews with various Craft elders (similar too in that it’s also out of print). Wisdomkeepers is worth tracking down for the pictures alone, but the interviews are interesting too. The diversity of traditions is better in Flame, but Wisdomkeepers features more big name rock star like Pagans if that’s your thing.

That’s fourteen or so books right there which should keep you pretty busy from now until Samhain. If you missed my Reading Modern Pagan History post that list also contains several books that should be in every good Witch’s 202 library. As always, happy reading! 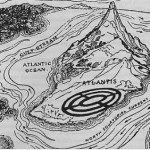 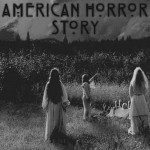 Working with Your Local River as a Center...
Deepen your local animistic practice by listening to the personhood of your...

Forging Witchcraft Tools, A Conversation With Blacksmith Lee...
Many of the people who create tools for witches are themselves pagan,...
view all Pagan blogs
What Are Your Thoughts?leave a comment
Copyright 2008-2021, Patheos. All rights reserved.
error: Content is protected !!