The Old Religion and those Ancient Ways 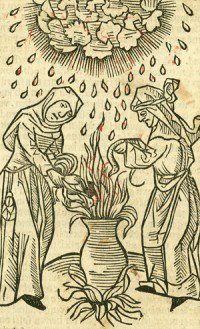 This morning I was poking around my Facebook account where I ran into a rant about Modern Pagans using terms like “The Old Religion” and “ancient ways” and every permutation in between. In some ways it’s a very valid thing to be upset about. Modern Paganism is just that, modern. There is no unbroken chain linking my personal practice (British Traditional Witchcraft) with antiquity or even the “witches” who were persecuted, tortured, and killed during the Middle Ages/Renaissance. I can’t think of one modern Pagan tradition that hasn’t been influenced by where we are currently at in history. You can try to recreate things as authentically as possible, but you are still going to have make concessions for modernity.

Despite that, I still can’t get upset about terms like “The Old Religion,” because there’s some validity there. Modern Paganism (especially Wicca and its spin-offs) is a recent flowering of the Western Magical Tradition, a tradition that goes back to pagan antiquity. Religion may not always survive across the centuries, but magic(k) certainly does. The term “Abracadabra” was first used in 212 CE (1) and has been in use ever since. One magical practice lead to another and so on, through the grimoire tradition of the Middle Ages/Renaissance to English Cunning-craft which was practiced into the early 20th Century. As Owen Davies writes in Grimoires: A History of Magical Books:

“While the Church was ultimately successful in defeating pagan worship it never managed to demarcate clearly and maintain a line of practice between religious devotion and magic. The medical manuals known as leechbooks, which were produced by clergy or monastic communities of late Anglo-Saxon England, are a good example. They were based principally on classical medicine but also contained spells for healing and protection. How else was one to deal with malicious elves for instance? Some of the charms were Christianized versions of pagan healing verses.”

(If you’ve seen that quote before, it’s because I’ve used it before, more specifically back in March of this year.)

I can draw a mostly straight line from Gerald Gardner back to ancient pagan times if I do it through the Western Magical Tradition. Magic survives, it’s as simple as that. 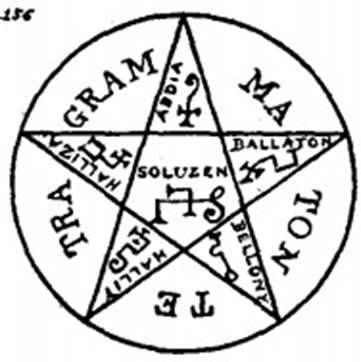 Gardner also made use of the Key of Solomon, an occult text from the Fourteenth or Fifteenth Century. That’s not particularly old in the whole scheme of things, but it’s still pretty damn old, even ancient depending on your perspective. Not all Modern Pagans use the Key of Solomon, and Gardner certainly didn’t use it exclusively (or perhaps even extensively) but it shows up in his fiction book High Magic’s Aid. An early version of his Book of Shadows known as Ye Book of Art Magical has all kinds of ceremonial magic in it, ranging from the Key of Solomon to Kabbalah. Sure some of that was material from more contemporary sources, but where do you think they got it from? Most things aren’t usually made up completely out of whole cloth, there are precedents and influences.

Phillip Heselton in his book Wiccan Roots makes a pretty good argument that the coven that first initiated Gardner possibly contained some Cunning-folk within it. Cunning-folk were practical magic users, and often times their traditions were passed down from one practitioner to another. Often times the spells they used in their work were hundreds of years old, with many having even older pedigrees (like Abracadabra referenced above). If that legacy was a part of Gardner’s initiation no wonder “The Old Religion” held a particular resonance both then and now.

An even easier case can be made for using the term “The Old Religion,” one that requires even less hoops than the ones I’ve presently been jumping through. To put it simply, I worship ancient gods. Pan, Dionysus, Aphrodite, and Ariadne are legitimately older than Jesus or the institution of the Catholic Church. I’ll readily admit to not worshipping them exactly as my ancestors did, but I feel comfortable saying I know enough about them (and how they were worshipped in antiquity) to make the argument that I’m worshipping the same gods as many Ancient Greeks once did. With only a few exceptions the majority of deities worshipped by Modern Pagans are older than the god(s) of the monotheists. 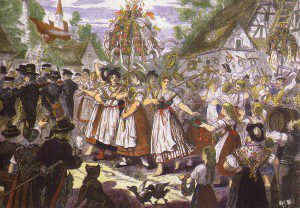 Like many Modern Pagans I practice “ancient ways” on a daily basis too, especially around this time of year. While not everything associated with Halloween is ancient pagan in origin (much of it is actually Catholic), many of Halloween’s traditions are legitimately old. Jack-o-lanterns date back to the Middle Ages (when they were originally made out of turnips), and just wait until we get to Christmas! All kinds of things there are legitimately old and even pre-date Christianity. Superstitions I practice on a daily basis, like knocking on wood, could come from as far back as pagan antiquity. I haven’t even remarked on the broom above my front door yet or the the jar of piss and razorblades buried in my backyard.

I also celebrate old holidays. Our Modern Yule is a descendant of the Saturnalia revelries of yester-centuries. The Ancient Celts celebrated Samhain as the final harvest, as do I. Solstices, equinoxes, cross-quarter days . . . ancient pagans did all sorts of things on those days, just like many of us do. The Modern Pagan religious calendar is certainly more “old school” than the calendar of most Christians (the majority of which didn’t celebrate Christmas until fairly recently). There’s nothing more primal than a harvest festival.

I’d never answer answer the question “what do you practice?” with “the Old Ways” but I certainly feel comfortable chanting tunes like Give Me That Old Time Religion with my fellow Pagans. The things I do as a Modern Pagan (and more specifically a British Traditional Witch) have old roots, with many of them reaching deep into the past. It may not always be a continuous chain, but as the song goes “that’s good enough for me!”

Lots and lots of versions (and verses) to this song, I stole many of these choruses from The Blessed Bee Page and then found even more verses at the Internet Book of Shadows. I think Oberon Zell told me that you can sing this song for about 24 hours straight if you know all of the different verses.

Oh, we’ll worship like the Druids, Drinking strange fermented fluids,
And run naked through the woods; It’s good enough for me.

There’ll be lots of pagan lovin when we’re meeting in our coven.
Quit your pushin and your shovin and leave room enough for me!

Those of us that worship Isis, Know she’s real good in a crisis.
Leave us to our own devices And that’s good enough for me.

There are those who when they’ve got e-Normous problems that are knotty,
Just refer them to Hecaté And that’s good enough for me.

Let us not forget dear Pan; Come on Pagans give a hand;
Have a party and a jam And that’s good enough for me.

We will sing a verse for Hermes, Yes, we’ll drink a toast to Hermes,
He will cure us of our germies And that’s good enough for me.

Meeting at the witching hour, By the bud and branch and flower,
Folks are raising up the power And that’s where I wanna be!

All praise be to Athena; May her rituals get keena
Though she does sometimes get meana Still she’s good enough for me.

Let us worship Aphrodite. Even though she’s kinda flighty.

(But we love that see-thru nightie) And it’s good enough for me!

Jerry Falwell says he’s sav-ed. In the lamb’s blood he is bath-ed;
And he thinks that I’m deprav-ed, But that doesn’t bother me.

Then there is the Horned One, Of all the Gods, he’s most fun,
He likes to hunt in woods and run, And that’s good enough for me.

Here is one thing I do know, Jove’s favorite is Juno;
‘Cause She’s awfully good at you-know; And that’s good enough for me.

Let us all go worship Loki. He’s the Nordic God of Chaos,
Which is why this verse does not rhyme or sync or scan or nuthin’

Let us honor Ra Hoor Khuit, And his lovely mother Nuit.
If it’s not your will, then screw it, But it’s good enough for me.

We went out to worship Venus, By gosh you should have seen us!
Now the clinic has to screen us, But it’s good enough for me.

1. Taken from a footnote in Daniel Harms new edition of The Long Lost Friend (Llewellyn 2012) page 248. 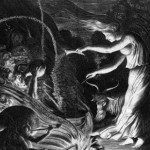 October 3, 2013 The Rede of the Wicca
Recent Comments
0 | Leave a Comment
Browse Our Archives
Related posts from Raise the Horns