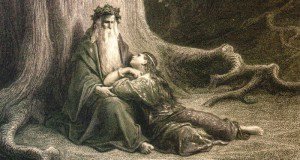 Today I picked up the final chapter in the overly long Riftwar Saga. For those unfamiliar with Riftwars and the literary output of Raymond E. Feist about all you need to know is that it’s a fantasy series that has probably lasted about fifteen books too long. When I was younger Feist was my favorite author so I’ve kept up with his work, though not with the same enthusiasm I had for it when I was younger. (This book came out in May of last year and I just now purchased it.) In my younger days I’d lock myself away when a new Feist book appeared, blasting the Robin Hood: Prince of Thieves Soundtrack while I read. I ignored girlfriends, sex, parties, and sleeping back then just to catch up with the goings on of Pug, Tomas, and Arutha.

I started reading the Fantasy genre when I was in junior high school, but my love for it was cemented in college. Feist, Terry Brooks, Jim Butcher, Robert Jordan . . . . it was all a great escape from thinking and my occasional angst. When I began to get involved in Paganism I found that a lot of my fellow Pagans were also fans of High Fantasy. Not only could I talk theology with those folks, but Middle Earth as well. My first skyclad ritual was one dedicated to books, and most of those books were Fantasy novels. All of us involved in that rite brought a favorite book from which we shared a passage that had helped shape our spirituality. (By the way, if you are thinking of of holding your first skyclad ritual and aren’t quite sure how comfortable everyone will be, a naked rite involving books makes it easy.) 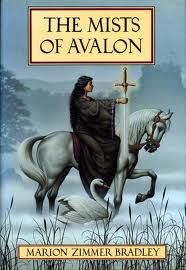 For a lot of individuals Fantasy provided a very real gateway to Paganism. One of the most celebrated “Pagan” books of all time is a Fantasy novel. Marion Zimmer Bradley’s The Mists of Avalon is nearly as important as The Spiral Dance or Drawing Down the Moon. The Church of All Worlds was founded, in part, due to a Science Fiction novel with Fantasy overtones. Stranger in a Strange Land by Robert Heinlein still pops up on the occasional reading list, and I’m sure I’ve discussed at least parts of it around a fire or two at various Pagan gatherings. “Fiction” has had a very real impact on the greater Pagan landscape, and continues to do so.

When reading critics of Modern Paganism, one of the arguments that repeatedly comes up is that we are all attempting to live in some sort of “fantasy-land.” As I was mulling over the last twenty-five years spent in the world of Feist’s Riftwar Saga I began to wonder if there was any truth to such arguments. Looking back on my own life, I’ll completely admit to being intrigued by a religious system that had a place within it for elves and dragons. I’ll even cop to my first magickal name being Milamber (Pug’s name on the planet of Kelewan, yes I’m a geek), but the truth about Modern Paganism is exactly the opposite. 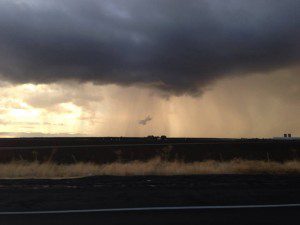 Paganism places me more squarely in the “real world” than Christianity ever did. It forces me to confront my failings and inadequacies and then work on them. If I wanted fantasy I’d blame my problems on original sin or body thetans. Modern Paganism is certainly full of ritual theatrics from time to time, but when I put on my ritual garb, I’m putting on my work clothes. Tools and ornaments aren’t necessary for ritual, but they set off mental triggers telling me it’s time to get serious about where I am in this life.

When the uninformed make jokes about my faith “being like Harry Potter” because I call myself a Witch and practice magick they show their ignorance, not mine. Being a Witch allows me to see the dark parts of the world, the shadows that most ignore and others simply blame on supernatural influence. I believe magick has the ability to change my circumstances, but what it does first and foremost is show me my circumstances. If I put together a spell to overcome my own inherent laziness it’s not me pawning that laziness off on a candle, it’s me actually seeing my sloth. It’s that acknowledgement that I’m not being all I can be, and maybe a candle does provide a little window of focus, but it’s all really about me seeing my own potential. It’s envisioning the work and reminding myself that “yes, I can do this.” 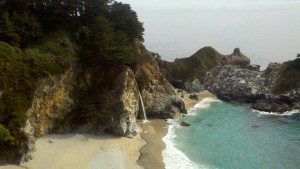 The Wheel of the Year connects me to the Earth and what is currently going on around me. The sabbats inspire me to look closely at the natural world and to celebrate its beauty and wonder. My faith tells me that there’s no need to create a fictitious realm to celebrate the gods; Mother Gaia is beautiful and has a magic all her own. With Imbolc fast approaching I’m thinking about how badly Northern California needs rain. My faith reminds me of what’s important close to home, not imaginary vistas worlds away.

Paganism brings me closer to my immediate community and my loved ones. It strengthens friendships and makes me a better friend, husband, and maybe even one day a better blogger/writer. There’s nothing wrong with daydreams and using the imagination, and I think we all know that the world would be a lesser place without those things, but fantasies aren’t what make up my faith. Fantasy novels provide for an escape, but it’s Paganism that keeps me tethered to the hear and now.

Photos:
1. Merlin of course, the first kindly Fantasy wizard.
2. Mists of Avalon (duh)
3. Who needs fantasy when you can see things like this out of a car window?
4. Big Sur, this world is a magical place, I don’t have to make stuff up to realize that. 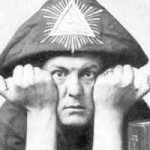 January 7, 2014
The Non-Adept's Guide to Aleister Crowley
Next Post 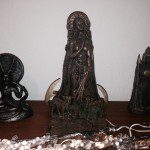 January 12, 2014 10 Responsibilities of a Host
Recent Comments
0 | Leave a Comment
Browse Our Archives
Related posts from Raise the Horns