The Wizard and the Witch: A Book Review

The Wizard and the Witch: A Book Review February 4, 2014 Jason Mankey 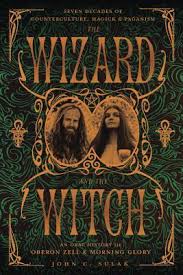 It’s weird to write a review of what is essentially the memoir of Oberon and Morning Glory Zell. In my early Pagan days Oberon Zell was a near-legendary figure in my mind. In those days he was the Publisher of The Green Egg (in its second incarnation) and came across as the coolest Pagan-dude on the planet. He was out in the wilds of California living in an intentional polyamorous community and engaging in what felt to me like back-to-the-Earth-hippy-Pagandom. He was everything I dreamed of being, minus the beard. 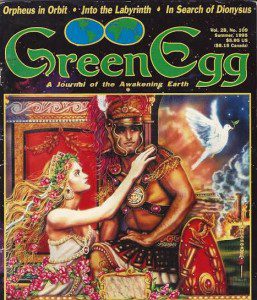 His magazine was also my first window into a Pagan Community greater than my bookshelf. The Green Egg was a revelation to me. Paganism was more than a sea of Witchcraft, it was a giant ocean of different ideas and faiths. Oberon’s church, The Church of All Worlds, was a presence in my early Pagan days though I was never an official member. I had friends who were members and their influence made many of the rites and beliefs of CAW a part of my own personal practice. I ate Cheez-Its because people in the CAW did (and I even wrote a story about them, the Cheez-Its, not the Church).

Since the start of this century Oberon and I have often been in the same place at the same time and we finally connected on a meaningful level this past September. We ended up speaking at the same two Pagan gatherings over consecutive weekends (one in California and one in Ohio), even sharing a cabin at the second one. It was both strange and gratifying to be able to give a truly influential figure in my own spirituality a giant hug. I hugged a Wizard! If you had told me I was going to do that twenty years I would have laughed at you. 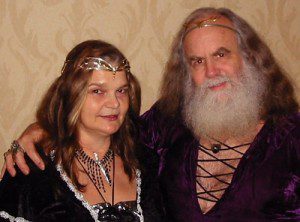 Over the years I’ve become less and less of a fanboy when it comes to the writers and thinkers who have influenced my Paganism, but there will always be a bit of it there. As I look around my living room it’s littered with statues from the Zell’s Mythic Images collection. I’m not sure it’s possible for me to objectively review the Zell’s life-story, but if this book were crap I like to think I’d be honest enough to say so. Luckily enough for me I absolutely loved this book and will probably be giving it thorough second and third readings in the coming months.

It’s easy to take for granted just how easy Paganism is in 2014. If somebody up and decides they want to do a Pagan ritual all they have to do is jump online. In the early sixties when Oberon was beginning his journey there were barely any books available on the subject and certainly no internet. The Pagans of the 1960’s (especially in the United States) were true pioneers, basically creating rites, rituals, and ideas from a tiny pool of information. We don’t really know how religious traditions like Gardnerian Wicca arose, but CAW’s origins are available from the Primate’s mouth (Primate is a title in the CAW). Reading how Oberon assembled the philosophies that became a part of his church is fascinating, and like cat-nip for readers like myself who are obsessed with the origins of Contemporary Paganism.

A lot of Modern Pagan history tends to focus on Great Britain and Wicca, and it’s good to read something that speaks to the more organic and pastiche nature of early American Paganism. Oberon offers a different take on history than what many of us are used to:

“Today many folks think that Witches founded the Pagan community, but it wasn’t that way at all-at least not in the United States. Here the Witches came into a Pagan community that had already existed for at least a decade . . . . The Pagan Community today has roots in what were at the time very separate communities.” 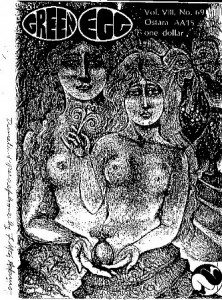 I’ll admit to my own British Witchcraft-centered version of history, but Oberon is right in many ways. In addition to Zell’s own Church of All Worlds there was Feraferia and the Witchcraft of Victor and Cora Anderson back in those days nearly half a century ago. Sure, Wicca is the largest faith under the Pagan Umbrella, but it’s not the only one, and never has been, especially in the United States.

The Wizard and the Witch is an oral history featuring a diverse number of views and generally held together by John Sulak who acts as the book’s narrator. Because it’s an oral history there’s never any doubt as to who is doing the recollecting and while reading OZ’s parts I could literally hear his voice rattling around in my brain. Often times people don’t exactly write like they talk, that’s not the case here, and it makes everything feel intimate. As a reader I felt like I was right in the middle of every story.

In many ways The Wizard and the Witch is a love story, though perhaps the first public love-story featuring a whole bouquet of lovers. (The Zells have always been polyamorous, with Morning Glory even coming up with the word.*) The story of Morning Glory and Oberon’s first meeting might be one of the most beautiful and magical things I’ve ever read:

OZ on his first meeting with Morning Glory back in 1973:
“There was a room full of people, including Robert Anton Wilson. I presented my ‘TheaGenesis Paper’ paper. And at the end of of the presentation they all came rushing up to talk to me. And this girl was at the head of the line. She said ‘We have to talk.’ And I said ‘Right.’ I grabbed her ahnd and just walked out of the room, leaving everyone else standing there watching us go . . . . As we turned to look each other face to face, suddenly, for both of us, the whole rest of the world just disappeared . . . . . her name was Morning Glory.” 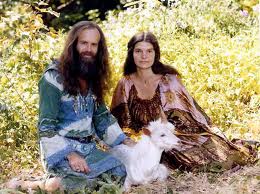 As sappy as it sounds my heart melted while reading that. Oberon and Morning Glory recount several warm stories involving their many lovers, but there’s a respect and glow that’s present only when they speak of each other. For those who say polyamorous and open-relationships are doomed to failure the Zell’s prove otherwise.

One of the things that I liked best about TWatW was that it presented MG and OZ as truly human. Mistakes are shared and reflected upon and those who have had falling outs with the Zells are permitted to share their own version of events. It’s a kind of raw honesty often absent from autobiographical projects. OZ and MG’s openness to sharing their failures made me like them even more.

Modern Paganism is of an age where it’s possible to feel both far removed and incredibly close to its history. By the time the book gets around to the mid 90’s I felt like I was reliving some things. When references were made to players not named due to legal reasons I knew exactly who was being written about. It’s a reminder of just how small the Pagan Community was twenty years ago, and in some ways, still is.

I’d be remiss if I didn’t add something about “the book” outside of is central narrative. This is a well put together and thoughtful package. There are 16 full color pages in the book’s middle and several appendices that help tie everything together. I’ve been hearing about “Oberon’s memoirs” for years now and it’s been well worth the wait, though I probably would have loved to read the 1100 page version. Even with that little quibble this is still a 400 page book, I certainly didn’t feel like I was getting just a part of the story. 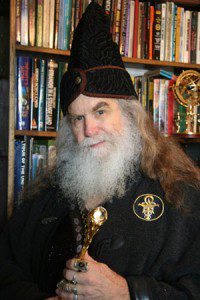 The Wizard and the Witch works as a Pagan history book because of the participants and it’s honest documentation of events, but it works on several other levels too. It’s must reading for the polyamory community and anyone interested in a more sex-positive world, but it’s also a chronicle of continual rebirth. In the book Oberon often speaks of The Green Egg and CAW as phoenixes rising again and again from the ashes, but in truth it’s OZ and MG who are the true phoenixes. Theirs is a story of continual, organic reinvention, and it’s the type of story that could only be lived by two true pioneers of Modern Paganism.

(Just for the record, I was provided with a free copy for review by Llewellyn Publications, but I contacted them about it.)

*There are some who attribute the creation of the word polyamory to other people, but since I’m reviewing Morning Glory’s memoirs I’m going with her as the creatrix today. 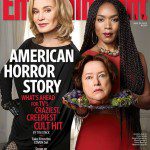 January 29, 2014
Catching Up With American Horror Story Coven
Next Post 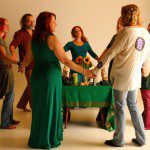 February 5, 2014 Festival Season 2014
Recent Comments
6 Comments | Leave a Comment
Browse Our Archives
get the latest updates from
Raise the Horns
and the Patheos
Pagan
Channel
POPULAR AT PATHEOS Pagan
1