Looking For the Goddess of Ostara/Easter 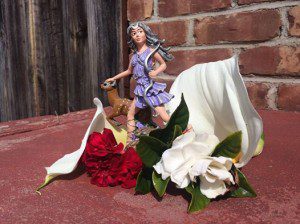 There are a lot of gods actively worshipped in Modern Pagansim that have been “lost” over the centuries. These are the deities without any mythology, and only known to us through the riddles of linguistics and archeological evidence. Cernunnos is an example of this type of “lost” god. He is well attested to in the archeological record. There are lots of Cernunnos statues and engravings floating around modern day France, but there are no myths and his name only shows up one time definitively. I mean no disrespect to the great Cernunnos. He’s one of my absolute favorite deities, and his “reconstruction” over the last eighty years has been fun to watch (and to be a part of, at least for some of it), but he’s not a deity with a substantial history.

Similar to Cernunnos is the goddess Eostre, allegedly she of the eggs and bunnies. She’s fun to talk about this time of year, especially since there’s a sabbat named after her. Her name also shows up in the word Easter, a Christian holiday about the resurrection of the Jesus. That holiday isn’t called “Easter” across the globe, but it is in English speaking countries and a few other spots (along with a few variants like Ostern in Germany). The cross-pollination of Christian and ancient pagan traditions is always a popular one in the Spring and Esotre tends to dominate that conversation.

Eostre is a complicated goddess, perhaps more complicated than Cernunnos, because she exists more as an old word than as an ancient relic. It’s easy to look at an old cauldron and reflect on how a particular deity was worshipped. I think it’s harder when all you’ve got is a name and a link to a particular time of year, and that’s most of what we’ve got with Eostre. She’s most famous for being in the writings of the English historian Bede who writes that she once had an entire month named after her (among other things):

“Eosturmonath has a name which is now translated as ‘Paschal* month’, and which was once called after a goddess of theirs named Eostre, in whose honor feasts were celebrated in that month. Now they designate Paschal season by her name, calling the joy of the new rite by the time-honored name of the old observance.” -Bede, The Reckoning of Time 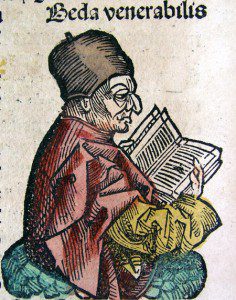 Bede doesn’t really say anything about the goddess other than her name. There’s nothing there to suggest that she’s a young goddess, or a “Spring” deity. I completely believe that Bede didn’t make Eostre out of whole cloth, for he had no reason to do so. Eostre also contains the word Eos, which potentially links her to several other goddesses.

The Indo-European root word hus/heus (related to eos) meaning “glow” or “flame” can be connected with several different goddesses. Most of these deities are related to the dawn. In Lithuania she was known as Ausra and in the Rigveda she was called Usa. The Romans knew her has as Aurora and the Irish perhaps as Brigit. M.L. West writes in Indo-European Poetry and Myth on the links between Brigit and the dawn:

” . . .we take account of St. Brigit’s peculiar features. She was born at sunrise on the threshold of the house house, her mother having one foot inside, one outside . . . She would only drink milk of a white cow with red ears; reddish cows, are a typical Vedic image of the dawns. She filled the house with a flame that went up to heaven; the neighbors ran to put the fire out, but found that it had vanished. All of this is singularly appropriate to the Dawn goddess.” 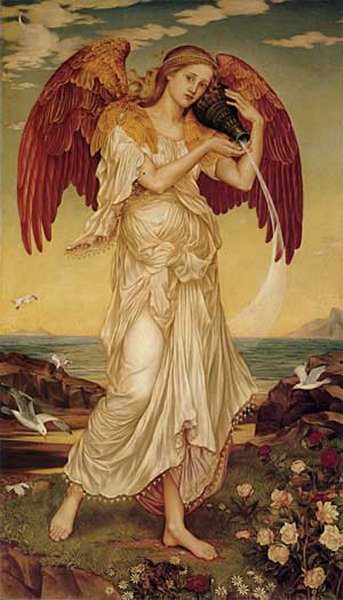 Brigit linked to dawn and Eostre is certainly interesting, but our Ostara goddess has always been far more likely to be connected to the Greek Eos, goddess of the dawn. It’s easy to imagine Eos as a young “Maiden-like” figure but her story is a bit more complicated. She had at least two children and because she was a lover of Ares, Aphrodite cursed her with an unquenchable sexual thirst. Perhaps the modern association between Eostre and fertility has an ancient beginning? What if Eos’s lust became the Spring-time step of Eostre?

The most likely “historical Eostre” is a a localized goddess worshipped by the Anglo-Saxons in present day county Kent in Southeastern England. It’s in Kent where we see the oldest references to names similar to that of Eostre (Eastrgena appears in 788 CE). It’s recently been argued that perhaps she was a Germanic Matron Goddess . Linguist Philip Shaw (see his book Pagan Goddesses in the Early Germanic World) links a localized Eostre to the German Austriahenea, a matron goddess connected to the East. Shaw downplays the connection to “dawn” and focuses on linguistic evidence linking the two deities to the East, but the sun also rises in the East. If Eostre is indeed linked to goddesses like Austriahenea she might not even be a single goddess. Matron goddesses were often worshipped in triplicate.

For me there is more than enough evidence that there was a goddess name Eostre. Was she worshipped throughout Europe as a goddess of the Spring? That’s pretty unlikely, but she’s most likely related to other deities and yes, perhaps other Indo-European goddesses of the dawn. There’s nothing to suggest that she threw colored eggs out to people and walked around with bunnies, but deities do evolve. Besides, away from the pages of history I’ve had my own experiences with the goddess . . . . . 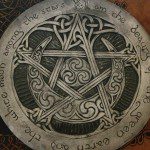 March 13, 2015 Ostara/Spring Equinox Ritual
Recent Comments
0 | Leave a Comment
"Mabon's my favourite, I was surprised how low it was. I didn't expect it to ..."
Nekoshema Your Favorite Sabbats (Or Sabbats By ..."
"Love this! We often just call it "Pagan Thanksgiving" and have done with it. It's ..."
Seba O’Kiley Mabon: The Most Pressing Issue of ..."
"Well done, Jason!"
Angus McMahan Mabon: The Most Pressing Issue of ..."
"One thing I can't understand about Buckland's altar set-up is that he recommends a drinking ..."
Nicholas Chiazza Books Aging Poorly: Scott Cunningham’s “Wicca”
Browse Our Archives
Related posts from Raise the Horns