Why I Call Myself a Polytheist

“You’ve really stirred up a hornets nest with the polytheists” a friend said to me yesterday. Writing has repercussions, sometimes you upset people, but generally that’s not my intention. It certainly wasn’t Tuesday when I posted Can Deity Be a Fad?; an article that I’ll freely admit to being deeply flawed due to the limitations of language. Was “fad” a bad word choice? Probably, and the article says so, I just couldn’t think of anything better.

Weirdly, nearly all the comments I received on Facebook and on the blog about the article were positive, When John Beckett says “A fair question and a good answer” I feel pretty good about my work. To say I was a bit surprised by some later back-channel criticism doesn’t do the word “surprise” enough justice.

When it comes to the Pagan Blogosphere Patheos Pagan is high on the radar. All of us who write here* are well aware of that. There’s a part of me that would love to blog in anonymity, but I don’t, and I have to expect that people will sometimes be critical of and object to my work. And that’s fine, to me the disagreements are never personal.

Perhaps what bothered me the most about the backlash to the Fad post is that I am a polytheist. I don’t self-identify as a part of the Polytheist religious grouping, but I’ve always placed my ideas about deity under the mantle of polytheism. I know that some people don’t perceive of Wiccans as polytheists, and there is some bad information out there, but it’s always been a part of my Wiccan practice.

Until relatively recently when asked about Modern Paganism (which I still define as a spiritual/religious grouping, not a social one) I generally included polytheism as a part of the definition. Eventually I changed that to “most Pagans use the language of polytheism,” which I still feel is generally true, but not a universal.

I understand the use of terms like hard and soft polytheist, but I avoid them. My own ideas about deity have been known to shift on occasion, or depending on the circumstance. I’m not sure absolutes work when writing about deity, but that’s my perspective. Perhaps the critics are right and being a Wiccan makes me a duotheist, but here are the reasons I consider myself a polytheist.

The gods have agency. Agency in the spiritual sense means: “the capacity, condition, or state of acting or of exerting power,” something I certainly believe deities can do. It’s a term I don’t generally use since I’ve always thought saying that “I believe in deity” implies agency as a default. I never imagined I’d have to spell it out. 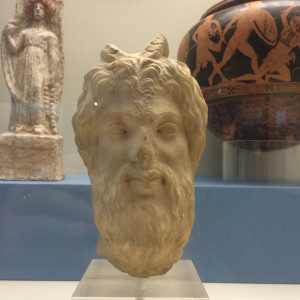 I believe whole-heartedly that the god Pan returned to the public’s consciousness in the 1800’s because he was needed. The Industrial Revolution was in full swing, and people needed a connection (and reminder) of the wilderness. In college I used to scribble out all sorts of love poetry detailing Gaia’s rebirth of Pan at the start of the Nineteenth Century. For some Pan was certainly just a poetic metaphor (and there were those who climbed onto his bandwagon) but his return set the stage for a more spiritual look at our wild places. His return wasn’t simply the creation of poets, I’m sure he had a hand in it.

Deity is unique, or Pan is not Cernunnos. While it’s easy to group certain deities together, that doesn’t mean that they are necessarily all alike. One of the mantras of my spiritual practice is that “Pan is not Cernunnos,” meaning that while Pan and Cernunnos are often thought of as “horned gods” they are radically different. Pan is associated with drink and the erect phallus, while Cernunnos is a god of hunting and money. Other than things protruding from their heads they have almost nothing in common.

I’ll admit that I have difficult believing that Odin and Woden are different deities, not to mention the dozens of other names Odin has been given in mythology. And while I have difficulty with the idea that there are 100 different versions of Odin running around, I completely believe that deity reveals its self to us on its terms, meaning your Aphrodite may not be the same as my wife’s Aphrodite. Such paradoxes are why I’ll admit to my ideas about the gods shifting depending on the situation.

The fact that I recognize deities as unique manifestations should be more than enough to prove my polytheist bonafides. I’ve always preached that one should know a deity before dialing it up in ritual or attempting to be possessed by it. Relationships with deities are like relationships with people, they take time to build, and they aren’t generally entered into out of the blue. Just because one knows Herne does not mean they also know Pan. 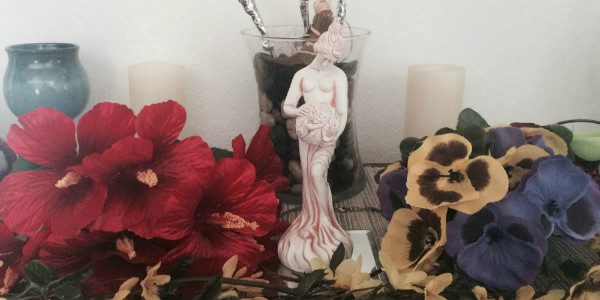 I believe deity is all linked up somehow, but . . . . When people worship “The Lady” or “The Mother Goddess” I believe they are acknowledging something real and powerful. Is it possible that inter-related deities all link up in some sort of way? Can a goddess be a part of a greater whole. (I have Voltron-like images floating through my head right now, “Maiden goddesses, unite!”) In some ways I think of everything as connected, not just deities, but every bird, butterfly, and person. I think things can be a part of something greater than themselves yet retain their individuality.

The Ancient Greeks and Romans were not hard polytheists. The deities of various cultures were often linked together. In the face (and phallus) of the Egyptian god Min the Greeks saw their own god Pan, and renamed the Egyptian city of Khent-min Panopolis because they saw the gods as two sides of the same coin. Julius Cesar compared the gods of the Gauls with those of Rome. In The Gods of Olympus: A History writer Barbara Graziosi sums up Cesar’s intentions:

“What he wanted to suggest, above all else to his Roman readers, was that the same international gods held sway everywhere . . . He implied that the Gauls were a little unclear about proper divine hierarchies; it was odd, and perhaps a little weak of them, to privilege Mercury over Apollo and Mars, let alone Jupiter. But apart from that local quirk . . . there was nothing interesting to report about local religion.”

Polytheists have almost always seen parallels and intersections amongst divine entities. Though I’m comfortable suggesting some connections between deities I would never suggest that Teutates is Mercury.

My deities and I have a relationship (but I don’t think we’re going steady or anything like that). I would never purposefully belittle someone else’s goddess or god, but I do sometimes forget that many people interact with their gods differently than I do. The deities I worship are generally happy, and they want me to be that way too. (Certainly Ariadne is a bad-ass, and Dionysus can make one mad, and Aphrodite can kick just about anyone’s butt, but they turn their backs to battle and enjoy the pleasures of the flesh.)

I certainly would never categorize how I interact with deity as trivial, but it’s generally not heavy. I present them offerings and libations on occasion, and flatter them in ritual, but I don’t think they punish me or expect me to fight for them. If others have those types of relationships, great, but I can see where my more care-free attitude might rub someone the wrong way. I’m happy to tell my Christian friends that Pan is not the Devil, but pretty much anything else with him is fair game (and I think he knows it).

So yes, I think deity is active in this world and doing things. I think goddesses and gods call to their worshippers when the situation warrants it, and that people hear that call. Even if all the higher powers in the universe are somehow linked to something greater than themselves I still feel as if they retain a degree of individuality. When I interact with Pan and Cernunnos they speak in very different voices, and I think all of these things make me a polytheist.

*And if you want to write here, shoot me an email, we are always looking for new writers. 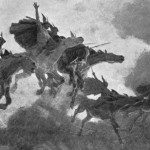 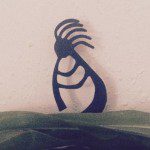