There Are Some People I Don’t Want Under the Umbrella

One of the great things about Facebook is that it will occasionally “weed out” people. When an acquaintance goes on an anti-Obama rant fueled by racism, there’s a box I can check to never read anything from that person ever again. The downside to all of that is that I had to read an awful comment, the plus side is that I’m suddenly aware of who I don’t want or need in my life. Blogs are sometimes like Facebook in that respect, they can “weed out” certain individuals and tell me who is and who is not worth listening to.

I don’t believe in guilt by association necessarily but there are certain people who stand outside the umbrella and embody the word pariah. I think Stephen McNallen of the Asatru Folk Assembly is one of those people. If you are trying to stand under the rather broad Pagan umbrella and believe that there can be “common cause” with McNallen, there are a lot of us who are going to be uncomfortable with that.

Today’s racism is often “hidden,” and by hidden I mean it’s articulated in such a way that many people will sometimes fail to see just how hurtful it is. For those reasons I hesitate to label people I disagree with “racists” even when they are saying racist things. It’s possible just to not know any better, and yelling “Racist” loudly is probably not going to fix the problem.

So when I say that I think that many of the “purposes” behind the Asatru Folk Association are racist, that doesn’t necessarily mean that I believe everyone involved in that group is a racist. The language used by the AFA is very subtle and often sounds inclusive, even when it’s something completely different. Consider these passages from the AFA’s Declaration of Purpose:

“Ours is an ancestral religion, one passed down to us from our forebears from ancient times and thus tailored to our unique makeup. Its spirit is inherent in us as a people. If the People of the North ceased to exist, Asatru would likewise no longer exist. It is our will that we not only survive, but thrive, and continue our upward evolution in the direction of the Infinite . . . . . Therefore, the survival and welfare of the Northern European peoples as a cultural and biological group is a religious imperative for the AFA.”

The small passage I’m quoting here ends with words that sort of sound tolerant and nice (but aren’t really when you consider the bit quoted above):

“The belief that spirituality and ancestral heritage are related has nothing to do with notions of superiority. Asatru is not an excuse to look down on, much less to hate, members of any other race. On the contrary, we recognize the uniqueness and the value of all the different pieces that make up the human mosaic.”

While the AFA may very well not “look down on . . . members of any other race” playing gatekeeper as to who can and can’t worship a specific pantheon of deities is pretty racist. It’s also rather insulting to the deities in question, I think Odin is perfectly capable of inviting anyone He wants into His service. I sometimes wonder just how weak some people believe deity to be. “If the People of the North ceased to exist, Asatru would likewise no longer exist,” really? An entire religion is dependent upon a biological group? Doesn’t sound like a very strong religion to me.

“Freedom of speech” sometimes equates to “freedom to hang yourself.” Write or say something stupid and/or reprehensible and people will call you out on it. Those same people will also figure out who is and who is not worth listening to. Associating yourself with someone like Stephen McNallen, especially when you should know better, is a pretty clear signal that I don’t need to take you seriously. Maybe it doesn’t make one a racist, but at the very least it shows a serious lack of good judgement.

I have never agreed with everything printed at Patheos Pagan, and to some degree that’s the point of Patheos in general. We don’t censor our writers or make them remove posts we disagree with, but we our free to call them out on things when we think they’ve made a huge error in judgement. Often times the conversations that arise from such disagreements are enlightening and result in positive change. I hope that’s the case here, and that something positive comes from a rotten piece of writing. I also hope people will figure out just why so many of us loathe McNallen and his ideas about Heathenry.

Pagans often talk and write about the “fraying of the Pagan umbrella,” but I’ll be honest with you all, there are just some people I don’t want under the damn umbrella. People who use race to judge who should and should not be a part of a religious club are among those I’d rather just let stand in the rain. If you want to give someone like McNallen a spot under the umbrella you can go stand in the rain with him. 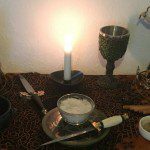 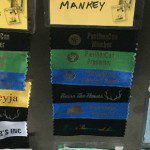 February 1, 2016 Winter/Early Spring Pagan Festivals: A Guide
Recent Comments
0 | Leave a Comment
"Mabon's my favourite, I was surprised how low it was. I didn't expect it to ..."
Nekoshema Your Favorite Sabbats (Or Sabbats By ..."
"Love this! We often just call it "Pagan Thanksgiving" and have done with it. It's ..."
Seba O’Kiley Mabon: The Most Pressing Issue of ..."
"Well done, Jason!"
Angus McMahan Mabon: The Most Pressing Issue of ..."
"One thing I can't understand about Buckland's altar set-up is that he recommends a drinking ..."
Nicholas Chiazza Books Aging Poorly: Scott Cunningham’s “Wicca”
Browse Our Archives
Related posts from Raise the Horns 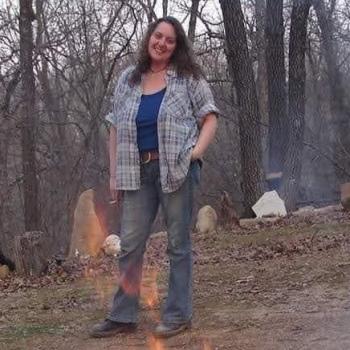