Paganism, Batman, and Doing it Wrong

Over the last few hours I’ve been devouring Glen Weldon’s The Caped Crusade: Batman and the Rise of Nerd Culture.* As a huge Batman geek I’m far more interested in the history of the Caped Crusader than the parallel narrative of “nerd culture” that runs through the book, though both parts have been enjoyable. Despite the click-baity title of this blog post I don’t think Batman has much to do with Paganism, but I do think there’s some overlap between the passionate nature of comic-book fandom and the Modern Pagan world.

While summing up the Joel Schumaker nipple-Batman movies of the 1990’s (Batman and Robin, Batman Forever) and the fanboy rage that attended them Weldon writes:

“Nerd culture is often open and inclusive, when it is powered by the desire to seek out others who share common interests and enthusiasms. But nerdish passion is strong and unmindful; its very nature is to obliterate dispassion, nuance, ambiguity, and push human experience to either edge of the binary extreme: My thing is the best. Your thing is the worst.

Moreover, if you do not love my thing in the same way, to the same degree, and for exactly the same reasons that I do, you are doing it wrong.” (italics in original, bold emphasis added by Mankey)

If you can’t see modern online Paganism in that quote above I don’t think you are looking hard enough . . . . 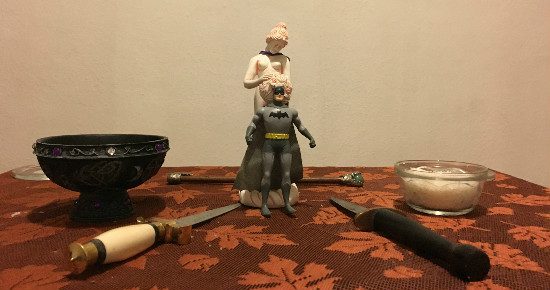 Weldon’s quote and what it says about geeks (I don’t really use the term “nerds” myself) and what it also illustrates about Paganism isn’t all negative. We Pagans are often very open and inclusive. We may not always be as friendly and as hospitable as some would like, but in my twenty years in the community I think we’ve often done a tremendous job of welcoming new people into our ranks. There are many of us who like expanding Pagandom, there’s a reason for all of those open rituals along with the ever increasing number of festivals and gatherings. Generally we want people in our community.

But as the quote above goes on it becomes darker. “My thing is the best. Your thing is the worst.” This is something we see all too often these days. As the never ending Polytheist/Pagan wars heat up again we see a lot of that same rhetoric. It’s often veiled a bit, but it’s there. Hell, I’ll admit I’m completely guilty of it myself. I think Drawing Down the Moon (the ritual act, but the book is pretty nifty too!) is the most amazing thing in the Pagan universe and can’t imagine a practice without it, but deep down I know that’s just me. My favorite superhero is Batman, but I’m OK if you like Plastic Man (though if you were to tell me your favorite was Vixen I’d grin and admit that you are cooler than I am).

Sometimes it’s not just the best/worst rhetoric, it’s the idea that someone holding an opinion different from our own is somehow threatening. (And this is not to say that some ideas are not threatening, look at the violence now occurring at Trump rallies, but we are discussing the Pagan blogosphere here.) I’ll never understand why a small group of people get so bent out of shape every time John Halstead writes something that they disagree with. John has no power over anyone else’s practice, and if you think he does, I’m of the opinion that you should re-evaluate your practice. Should people disagree with him? Of course! There’s often a lot to disagree with! But it’s never threatening, and what he believes is not the worst, no more than what I believe is empirically the best.

I love that people are passionate about Paganism and Polytheism and whatever other terms they use to describe their beliefs. My own Paganism is better for existing in such an environment and I’ve learned a tremendous amount from people whose own practice is nothing like my own. I’m not Atheo-Pagan and I’m not a hard Polytheist but I’ve benefited from being around both points of view.

This past Summer an acquaintance publicly chastised me for not going to a ritual at a Pagan gathering. It would never occur to me in a thousand years to criticize what rituals a festival attendee chooses to visit or not visit, but when reading the line “if you do not love my thing in the same way, to the same degree, and for exactly the same reasons that I do, you are doing it wrong” in my Batman book I couldn’t help but think of that incident.

I love the god Pan, but I do so in my own way. Upon my first meeting with a fellow Panhead I couldn’t help but notice that this particular devotee did it completely differently than I did. And you know what? I was completely cool with that, because I realized that there were of course many ways to honor and worship Pan. I don’t have to go to so and so’s ritual to honor Dionysus, and I wouldn’t necessarily expect them at my own either.

I’ve been pretty public with my own thoughts about the nature of deity, but I think I’ve made it pretty clear that I don’t care if people agree with me or not. I don’t think there are right or wrong answers that apply to all of Pagandom. Certainly within specific traditions there are shared bits of theology and belief, but why anyone thinks a Devotional Polytheist and an Eclectic Wiccan have to come to some sort of consensus on deity is beyond me. Can’t we all just nod politely at one another and accept each other’s reality? (Or at the very least refrain from saying something negative publicly?) 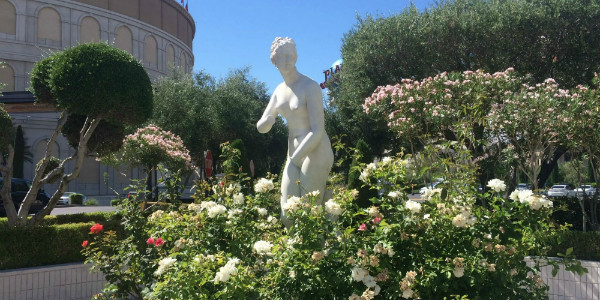 To re-inject Batman into the conversation I think it’s safe to say that the Joker is primary villain in Scott Snyder’s amazingly awesome take on the character, but in Christopher Nolan’s Batman movie universe the Al Ghul** family bookends the trilogy making them the major antagonists. In the same vein there are some things that I think are safe to say about British Traditional Witchcraft, but those ideas don’t translate to other Pagan spiritualities. Lots of things can be Pagan, that doesn’t mean they can’t all be different to some degree. Adam West’s Batman (from the 60’s TV series) isn’t better than Kevin Conroy’s (from Batman: The Animated Series), they are completely different Batmans, and I can’t imagine anyone else doing either take on the character, and at the end of the day they are both Batman.

(And yes I’m totally ready for Batman vs. Superman!)

*I managed to get ahold of a copy one day before it’s official release.

**Nerd point of contention, in the comics it’s usually spelled with a small “a,” as in al Ghul, but in the shooting script to Batman Begins his name was spelled Ra’s Al Ghul. 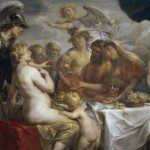 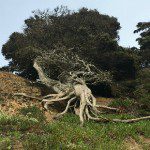