Looking for “That Moment”

Growing up as a Christian I was always looking for that moment in church. If you don’t know exactly what I mean by that moment, either you’ve never looked for it or perhaps you’re a bit jaded about the mystical. For me that moment has always been about finding something transcendent, an experience or moment that will forever quiet the doubts in my head and just feel so completely and utterly real that I will be forever changed by it.

As a Christian I think I tried to force the moment. I did things, big things, in church, stuff like being baptized and being confirmed as a full-fledged Methodist. Out of those two events I always dreamed that baptism would offer some sort of spine-tingling change. I assumed that I’d feel the sin leaving my body where it was touched by the holy water, but that wasn’t the case. When it was done I was just wet, wondering where the change was and when it would occur.

Several years later I was encouraged to “open my heart to Jesus” and be “born again” (by the husband of my then school bus-driver). I remember intently praying with that man expecting to feel a change come over me while I did so. Not surprisingly, it didn’t. But it wasn’t from lack of trying on my part, I was pretty serious about the Jesus and being born again thing but it just didn’t resonate with me. I went through the motions with it, but it never felt like my world was transformed after it happened.

That’s all so different from my experiences as a Pagan. Since dedicating myself as a Witch back in 1995 I’ve had a few really big moments. Some of the most amazing ones have involved drawing down the moon, and indeed, it was my first real huge moment. I had experienced deity before that particular October night, but that evening just felt so much bigger and more important than anything else I had experienced up to that point. I don’t remember very much about that Samhain ritual except for my glowing High Priestess and my now wife’s inspired reading of Doreen Valiente’s Charge of the Goddess.

All these years later my experiences involving drawing down are among my most prized Witch-moments. That’s not to say every time we’ve attempted a drawing down it’s been successful, just the opposite. It’s the rarity of the complete experience that makes it so special. When it really works, and there’s no doubt that something else is there inhabiting a human body, it’s incredible and beyond doubt. But that’s only when it really works, because I’ve been in a few circles where I’ve doubted the experience for whatever reason. (It’s something that can be faked, I like to think I know the difference.)

There have been other moments too, many of them I’m not at liberty to discuss. My initiations and elevations in Gardnerian Craft were all transformative in one way or another. Each step on that path changed my perception of the world, and changed me. I’m not the same person I was before beginning that journey. Those experiences all count as one of those moments, and unlike the drawing downs, they were one time only events. (Even if I initiate someone else, it’s not the same as being initiated.)

There are random nights in circle when I’ve felt truly between the worlds. Sometimes while the coven has been raising energy and simply setting up our working space I’ve felt the hairs on my neck stand-up. There are evenings when the alchemy is especially powerful and a simple rite turns into something extraordinary. Perhaps it’s because the temperature in our working space goes up thirty degrees for no real reason other than our circle was cast properly. I don’t always know how to describe what’s going on, I just know that some rituals I’ll carry around with me forever.

While it might sound like these events are pretty common in my life, just the opposite is true. Ritual with my coven is generally really good, but really good doesn’t mean it’s always transformative. Those moment nights are the exception, not the rule.

I can count on my fingers and toes the amount of times a drawing down experience I’ve been involved with has been life-changing. Again, it’s not the norm, it’s just that those nights are so sacred, so awe-inspiring, and so wonderful that I probably obsess about them online more than other ones. It’s their infrequency that’s make them special.

There are times when I feel as if I get a little too wrapped up in my search for the big moments, and I’ll admit that I sometimes try to force them. Two years ago when my wife and I visited Glastonbury Tor was one of those times. I had been reading about Glastonbury for decades at that point, and was just super excited about going up the Tor and then feeling something.

We had brought some seashells with us from the Pacific Ocean that I encouraged my wife to leave on top of the hill, but I probably shouldn’t have. The top of the Tor was pretty, but most people up there were more into their cellphones than ancient Avalon. It was cool to go, but it wasn’t a moment, and nothing I did was going to change that. (Of course we did have the moment twenty minutes later when we experienced the power of the White Spring, right when we weren’t looking for it.)

In less than tow weeks my wife and I are going back to the United Kingdom and in some ways I’m writing this article to remind myself not to force the moment. Either it will come on its own, or it won’t. Do I want that moment when I’m looking at the Gundestrup Cauldron? Of course I do, but I may not get it and I need to be ready to accept that reality too.

One of the things that makes the moments in Paganism so special is that they often happen when we aren’t looking. I don’t think we get to dictate terms with the divine, which is what makes it so much more special when it chooses to show up. 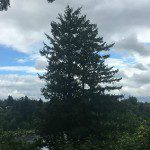 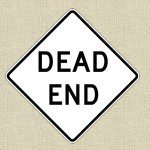 August 22, 2016 Paganism Has Some Dead Ends
Recent Comments
0 | Leave a Comment
Browse Our Archives
Related posts from Raise the Horns