Samhain is not everyone’s favorite sabbat, but it is truly the season of the Witch. Halloween Witches dominate holiday displays, and it’s the one time of year the rest of the world seems to truly embrace the supernatural, the unexplained, and the occult. These aren’t all Pagan things necessarily, but they often feel Pagan or at least Witchy.

Many of my non-Pagan friends often lament over just how busy the Yuletide season is and how exciting they find it to be. I love it too, but “my Christmas” takes place at the end of October going into November, because Samhain truly is Pagan Christmas.

There’s Lots to Do On the Calendar

I’ve said it before and I’ll say it again, Samhain isn’t a day, it’s a season. This year I’ve got rituals to participate in on the 27, 28, and then all the way into Nov. 4. There’s also the day its self when I’ll spend some time talking to my beloved dead and handing out candy. The dance card always seems full for a good two weeks and I wouldn’t have it any other way!

And the feeling of Samhain of is a season too. The veil between the worlds doesn’t suddenly just open on Oct. 30 and close Nov. 1, it begins to shift in early October and doesn’t settle back into its usual way of being until later in November. For many of us Samhain marks the peak of veil’s opening, but the opportunities offered to us by the veil’s opening can be accessed for several weeks.

In addition to the spiritual ramifications of Samhain, there are lots of Halloween and other Witchy activities to enjoy. I know of a whole host of Halloween/Samhain Balls that take place in mid-October, and then there are the mundane costume parties and bar crawls. Not to mention all that goes with Halloween if you have children. I put a calendar up on my front door this time of year just to keep up with all the Samhain stuff.

There’s Something in the Air

Autumn has long been my favorite season. After a hot summer I look forward to the cooler days, longer nights, and the increase in activity that comes with the Fall. I do plenty of stuff in the Summer, but much of it is far from home and involves a great deal of travel. Autumn puts the party in my own back yard, and it’s usually ramped up to a high degree by the end of October. There’s just a rush of not only things to do, but the Turn of the Wheel feels more electric in October.

Part of what’s in the air is death, and it’s hard to ignore this time of year. The pumpkin plants in my backyard gave up the ghost all on their own, as did my sunflowers (with some help from the local squirrels). Traditionally this was a time for culling the herds, not to mention trees going to sleep and letting go of all their leaves. This may not all be the type of energy we all want to embrace, but without death there is no new life, and it’s impossible not to feel.

When friends of mine doubt the thinning of the veil this time of year, I remind them that “like attracts like.” With all the death around us, it makes sense that the dead would visit us. I have some Witch-friends that work with the dead daily or at least with some frequency and they tell me that “the dead are always here.” But not all of us are that sensitive, sometimes I need the help provided by the thinning of the veil. 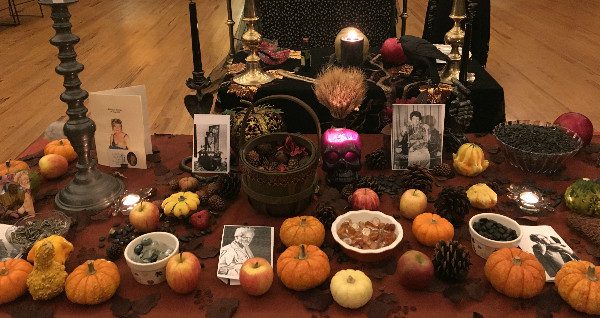 Witches Are In! (Even More So Than Usual)

If your local newspaper (remember those?) or TV station is going to report on Witches, this is the time it gets done. Witches are nearly everywhere this year, part of that’s because of Samhain-season and part of that is just because “Witches are in” right now. Type Witch into Google News in July and you’ll get a small handful of articles with a wide variety of dates, type that into Google now and you’ll get hundreds of articles just from the last couple of weeks. Entertainment site Vulture is even in the middle of Witch week as I type this, and have proclaimed that The Witch is the Pop-Culture Heroine We Need Right Now.

I’ve never minded that barrage of Witch stories that take place in October, at least people are talking about us (even though we sometimes get things a bit wrong, me included). Is it a bit odd to see a bunch of emaciated models dancing around to the strains of I Am Pagan in a video from Vogue? Absolutely yes. And I’m still not sure what to think about the barrage of Basic Witch shirts at Target. (Is it an insult? A compliment? Something that goes alongside the Bro-Witch? I’m thinking it’s mostly empowering.)

Everything Seems To Be About Us (Even When It’s Not)

And the best thing about Pagan Christmas, everything seems to be about us this time of year! Crazy Christians drone on and on about Druids and Halloween (not in a good or accurate way), Witches decorate every store, and your non-Pagan friends and co-workers pretend to at least be curious about what your Halloween plans are . . . . I feel like Samhain-season was built for us. I know that most of the folks in my neighborhood are decorating for the secular Halloween and not my spiritual Samhain, but Samhain is a genuinely ancient holiday with roots to Halloween.

Even the kitschy stuff at the store about Halloween and Witches feels like they might be pandering to us! I know the broom parking sign up in my front yard is meant to be a joke, but I’m really happy that it’s there when the coven comes over. It feels like it’s completely OK to be a Witch this time of year, after keeping it to myself the last eleven months.

Whatever you do this Samhain season, enjoy Pagan Christmas and I hope it’s as delightful and as meaningful as you need it to be! 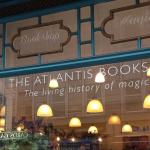 October 23, 2017
The Care & Keeping of Your Local Witch Store
Next Post 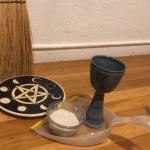 November 6, 2017 Wiccan Trash
Recent Comments
0 | Leave a Comment
"Really great article!"
Finn Mooncat Worship Is More Than Words & ..."
"I'd actually like to just jump right in, but I think we have to take ..."
Jason Mankey Reopening Paganism
"For me, there's nothing tentative at all about reopening. It's time, as the World War ..."
kenofken Reopening Paganism
"Similar is not the same."
Brianna LaPoint Why Can’t There Be Christian Witches?
Browse Our Archives
get the latest from
Raise the Horns
Sign up for our newsletter
POPULAR AT PATHEOS Pagan
1

When Grief Comes 'Round on Cat...
A Modern Traditional Witch
Related posts from Raise the Horns