Why We Believe in Untrue Things

I got through most of the Ostara/Easter season without seeing the dreaded “This is Ishtar: Pronounced Easter” meme. (For those of you not in the know, Ishtar/Easter is an inaccurate meme often passed around by Pagans and atheists near Easter. Ishtar was never pronounced “Easter” and the holiday we call “Easter” in English wasn’t called that for several hundred years. In other words, the entire theory is silly.) But things turned around on Easter Sunday with the Ishtar/Easter meme coming back to life on social media. (Sort of like Zombie-Jesus, but I digress.)

Eventually I posted something on Facebook along the lines of “Knock it off with the Easter/Ishtar nonsense. You all are smarter than that.” Luckily my post didn’t generate any arguing but near the bottom of it someone wrote “You know nothing Jon Snow” and upon clicking that person’s profile I saw several memes on their page dedicated to Ishtar being pronounced Easter. I sighed, deleted her comment, and moved on with my day. I don’t have the energy for these arguments anymore, but I did sort of carry it with me.

Instead of pondering the nonexistent link between Ishtar and Easter, I started wondering why we insist on believing things that are not true. During my twenty-five years of Paganism I’ve seen this particular thread play out over and over again. It often happens simply because we sometimes just don’t know any better. The Margaret Murray Thesis was accepted as unquestionable fact during the first twenty or thirty years of Modern Paganism and Witchcraft because Murray’s ideas were repeated ad nauseam in books and were even a part of the Encyclopedia Brittanica until the mid-1960’s. Information didn’t flow as easily back then either, and there were very few books about Modern Paganism, let alone magazines or blogs.

Today though I’d like to think we can do better. Good, solid, factual, footnoted information is easier than ever to access, and can be done on this blog and at dozens of other ones too. Despite what some people think, Llewellyn has been publishing solid and factual books for the last 15 years* (the 90’s ended back in 1999, catch up with the rest of us!), and there are all sorts of academic resources out there today to help better our understanding of the past.

And yet misinformation persists, here are a few thoughts about why that probably is. (And I’m well aware that misinformation is everywhere these days, but in this case we are just looking at Paganism.)

The Older Something Is, the More Legitimate It Is.

Most spiritual traditions do their best to connect themselves to the past. I think a lot of that is because we confuse age with legitimacy. A religious or spiritual tradition is not somehow more authentic or real because it’s older. In Pagan circles this has played out over the years with people trying to connect Wicca to ancient shamanism and Tarot cards to Egypt’s Great Sphinx.

There’s certainly a bit of romance in believing that your religious tradition is 10,000 years old, and while I know better I sometimes search for links to the past that probably aren’t there. We’ve done such a good job deconstructing Wicca’s history that it’s taken away from some of the mystery, and I think people have left the tradition simply because of it. It can be heartbreaking and circle-shattering to find out things aren’t as old as you believe, but more important is what works. For me, if Wicca were only ten years old I’d stick with it because I think it works.

The Idea of New Traditions Scare Some People

There were no ancient Ostara festivals, and no festival of that name is recorded in European history, but that hasn’t stopped a lot of people from believing that there was one. I understand the impulse because it most certainly feels like there should have been one, but it’s absent from the historical record. Perhaps Easter contains things inspired by ancient paganisms, but that doesn’t make Easter a Pagan holiday, and it doesn’t mean that Easter was a holiday called Ostara.

The Spring Equinox is a real event, it just wasn’t a holiday for most people in Europe or North America until we Pagans started celebrating it. And to celebrate it we took the symbolism of an equinox, and added a bunch of things to it that felt pagan. Are eggs and the Easter Bunny ancient pagan practices? Who gives a shit? What matters is if they resonate with us today.

Ostara and Mabon are new holidays, and they work for us. Instead of trying to find some sort of thread to a mythical past why not concentrate on creating celebrations and traditions that are relevant to those days now? How many people get to actively help shape new holidays!?!? I think that’s awesome. And there are old practices associated with the change of the seasons for Spring and Fall, there were just no ancient holidays called Ostara or Mabon.

Schadenfreude is one of my absolute favorite words and means “enjoyment obtained from the troubles of others.” Memes like “Ishtar is pronounced Easter” are often created by atheists (and sometimes Pagans) trying to mock Christians for their beliefs, and are a great example of attempted schadenfreude. The atheist train of thought in such cases is “If Easter is named after Ishtar, Easter is fake because it was based on a Pagan thing, which is also fake.” No one is giving ancient pagans credit for inventing Christian holidays to be nice to us or our ancestors, they are doing it to mock Christianity. (And I’m guessing most Christians don’t care at all so it’s really a waste of time.)

I think a lot of misinformation gets thrown around in the Pagan Community simply because people believe that it reflects poorly on Christianity. Easter is Ishtar is fun for a lot of people because it belittles Christianity. I sometimes wonder if people post such things while sticking out their tongues and saying “You stole our stuff so we are better than you!” No religion exists in a vacuum, there will always be elements borrowed or inspired by other traditions, and exploring those borrowings and commonalities can be fun, but let’s get them right when we do so.

We Cling to Our Earliest Conceptions About History

One of the earliest Wicca-type books I ever read made the claim that “pigs were sacred to the Goddess.” I’m rather sure that pigs were sacred to at least some goddesses, but The Goddess? Probably not, especially because there was never “one Goddess” in ancient history. But years later I still cling to that tidbit of information even though I know it’s most likely wrong, and it’s why I didn’t eat pork for nearly 20 years (and still don’t very often).

Does Any of This Really Matter?

I don’t know. If someone wants to believe that Traditional Witchcraft is 20,000 years old and can be connected to ancient cave art I’m not sure that it hurts anybody, but if one is going to share bad information they should probably be prepared to be called out on it. I also truly believe that if we are going to hold other religious traditions to a high standard in terms of history we have to do the same about our history, ancient and modern. It’s also harder to make fun of Christians for sloppy scholarship when we are doing the same thing. If you want to make fun of your neighbor for having a messy house, yours better be pretty clean.

*I say this from experience. I write Llewellyn books, and my next book cites 50 sources and has over 200 footnotes. Llewellyn looks at that stuff today and works hard to get information correct. 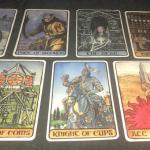 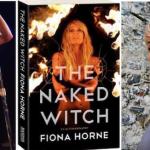 April 4, 2018 A Few Questions With Fiona Horne
Recent Comments
0 | Leave a Comment
"Really liked this article, Jason (longtime lurker, first-time commenter). I agree with your sentiment that ..."
brambleshadow She’s Wiccan
"I agree, there are new books, you should update your recommendations every decade or two. ..."
Nekoshema Books Aging Poorly: Scott Cunningham’s “Wicca”
"Mabon's my favourite. I don't like the heat and it's so hot by the time ..."
Nekoshema The Summer is for Pagans
"I get so frustrated with the current youthful fad of saying Witchcraft isn't a religion, ..."
Wolf Worship Is More Than Words & ..."
Browse Our Archives
Related posts from Raise the Horns 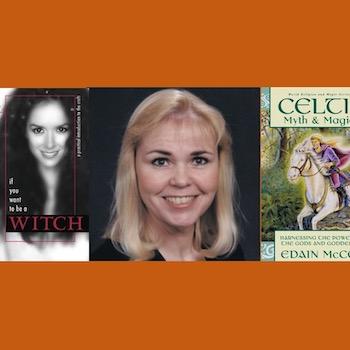 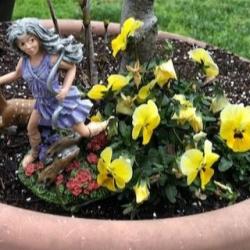