BNP, Big Name Pagans, it’s a title used by a lot of folks to identify people they think have a large profile in the Pagan community. A lot of authors are thought of as BNP’s, as well as a few bloggers, musicians, and artisans. BNP’s are often regional too, and someone might be a really “big deal” close to home despite not having a large public profile outside of a certain region. 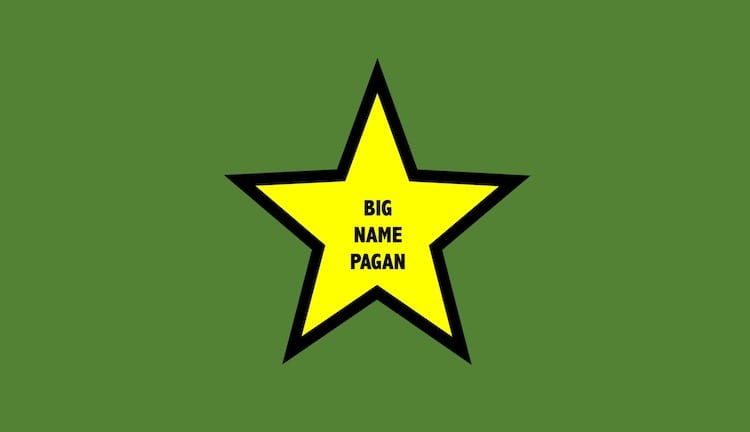 I’ve always found the idea of BNP’s rather laughable (with a few exceptions); after all at outdoor Pagan festivals everyone is using the same portajohn. (There are few things in life less glamorous than using a portajohn that has not be emptied in twenty hours.) Having now written four books I sometimes get called a BNP and it always makes me chuckle. Starhawk is a big name Pagan, I’m a harmless drudge that writes online and is an author because I got a little bit lucky and somehow convinced Llewellyn that my scribbles were readable.

When reflecting on the phenomenon of the Big Name Pagan I often think about how it’s changed during my twenty-five years of Paganism. When I first began my forays into Witchcraft the only way to get in touch with authors was through writing letters, and those letters weren’t sent directly to the author, they went to the publisher. Figures such as Silver Ravenwolf, Ted Andrews, and Scott Cunningham might as well have been living on the moon as far as I was concerned. They were remote and distant figures, not my online neighbors.

Today we we live in an extremely inter-connected world. Not only do I communicate a little bit with Silver Ravenwolf today, she friended me on Facebook. Just reflecting on that fact makes me smile, as it seems absolutely absurd to me, and yet brings me all sorts of delight. Such connections to BNP’s was simply not possible when I was starting out. A visit by Ravenwolf, or perhaps Raymond Buckland at a local psychic fair was about as close to such folks as I ever figured I’d get, and yet here we are.

The Pagan world is small, and while sometimes it may not feel that way, it’s most certainly true. Generally speaking there are at most about five degrees of separation between me and anyone else in our community. When I see Pagan-folk attacking and criticizing other Pagan-folk online, I often wonder to myself “have these people ever spoken to one another?” It’s not like the majority of our writers, musicians, and artisans are hard to find. They all have Twitter accounts, Facebook pages, mutual friends, email accounts, and whatever else. I get that gossip is fun, but there really are so few of us, why must our dealings with one another so often be destructive?

(And yeah, there are times when someone’s work can be gross, intolerant, transphobic, racist, insensitive, and homophobic. All of those people can go straight to hell. However, I think 99% of our community is pretty great, and that our differences of opinion can be expressed and discussed in a coherent and adult manner. I know, I know, Jason you are probably fooling yourself, but I meet enough people to really think this is true!)

As an alleged Big Name Pagan I sometimes feel as if I have a target on my back. While most everyone I know has been rather happy for my success writing books and doing workshops, there are a few folks out there who actively seem to want me to fail. I remember being the target of a couple of blog posts because someone thought I was “stuck up” and “not nice enough.” To tell you the truth, I’m actually an introvert and it’s taken a lot of work to get to the point where I can speak confidently in front of others and lead public rituals. For many years, the lead up to large workshops made me physically ill, and to this day I’m still uncomfortable with large groups of people I don’t know.

Many in the Pagan world have a strange idea of just how successful Pagan authors and artisans are too. No one becomes a “professional Pagan” because they are interested in padding their bank account. (Most authors have a day job, or hustle from project to project in hopes of keeping food on the table.) The proceeds from Pagan book sales are small, and I generally lose money at every festival I attend after all of my expenses have been calculated. (This does not bother me by the way, I LOVE most all of you, and think of my writing and speaking life as a service to my community, my Craft, and the deities I honor.)

The silliest thing about the whole Big Name Pagan thing is that most people have no idea who the hell most “famous Pagans” even are. I write here, I have a few Llewellyn books, and 90% of Pagan people probably have no idea who I am (which is probably as it should be!). With only a couple of exceptions most authors are rather anonymous, even at large gatherings where their face and name have been on all sorts of promotional materials. (I will say that at most festivals, people tend to love the musicians most, probably because a concert is the largest “shared experience” at most gatherings)

The changing face of notoriety has made being a Big Name Pagan (whether or not such a thing actually exists) more and more treacherous. There’s no guidebook for how to present yourself in public when it comes to being an author. No one warns you that people will publish what are meant to be private emails, or that random Facebook comments will become “public comment.” When people begin to think of you as a BNP there is no more “shooting the shit” with friends online, everything you write can and will be used against you in the court of public opinion. Not that I’m complaining, it was my choice (mostly) to write books and seek workshop opportunities, and I wouldn’t change a thing, mostly. (When someone says something nasty about my wife who did not choose this life, I do tend to get a bit testy.)

I’m probably ruminating about BNP’s today because I’m in the process of making my way home from ConVocation in Detroit, one of my absolutely favorite festivals. For many years it was my “hometown” festival, as back then I was living just 90 minutes away in Lansing Michigan. This past weekend I completely sold out of books and had really great attendance at classes, I’m not a BNP, but all of that is always so cool and amazing to me.

I don’t have much to write about Con because it was a great experience. Year after year they’ve made me feel like a BNP even if that’s not really the case. 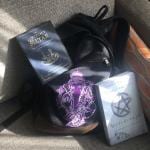 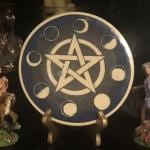 2020 Is The Year Of The...
Keeping Her Keys
Related posts from Raise the Horns

Imbolc: Honoring Brighid. Welcoming Spring. Cleaning House.
Imbolc for me is honoring Brighid. I will spend time looking ahead....
view all Pagan blogs
What Are Your Thoughts?leave a comment
Copyright 2008-2017, Patheos. All rights reserved.