In Memory of DJ Conway

According to her official Facebook page, DJ Conway crossed the veil this past Friday, February 1. As a longtime reader of Conway’s work, it feels appropriate that she crossed over at Imbolc. Her books were full of light, love, and magick, and those things are certainly felt by many of us on Brigit’s day. 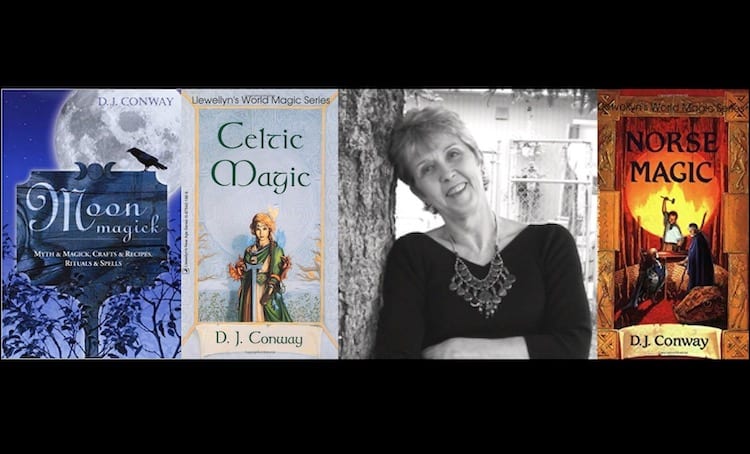 If you are a longtime reader of Pagan and Witchcraft books then you are familiar with Conway’s work to at least some degree. She was absolutely prolific in the 1990’s, and her titles dominated Pagan and New Age shelves from Barnes and Noble to Witch and Metaphysical stores to Waldenbooks at the mall. Over the course of her lifetime she wrote nearly 40 books and helped design two tarot decks. And she did all that work in just a few short decades, publishing her first book in 1990. (You can do the math, but that’s about one and a half books a year!)

I know I’ve told this story before, but Conway’s Celtic Magic was my first Witch book as an adult. I don’t feel bad admitting that Celtic Magick is awful from a historical perspective, because it absolutely is. The Celts did not practice Wicca, and that’s just the beginning of the book’s exaggerations. But I still treasure Celtic Magic because Conway was an absolutely fantastic writer.

Her books provided me with my first insights into the Wiccan-Witchcraft I’ve come to treasure. The first rituals and magickal exercises I ever performed were from Conway’s books. To say that they’ve had an impact on me would be a massive understatement. I still visualize things magickally in exactly the way DJ suggested I should, and I still use some of the phrasing from her rituals in my own work. There are few very writers whose work has impacted me on a daily basis, Conway is one of them.

Her books were so ubiquitous in the 1990’s and early 2000’s that they most likely impacted people who didn’t even read them. For many of us, our practices and our rituals are the result of the people we are, the experiences and interactions we’ve had, and the books we’ve read. When someone is as widely read as Conway they are going to impact just about everything in the Pagan and magickal words. How good or bad that is probably depends on who you are.

I know that some people believe that if a book isn’t historically accurate that it lacks value. I realize how problematic false histories are and that they lead to all sorts of issues down the road, but books like Celtic Magic weren’t written for scholars. They were written for people who were like me in the early 1990’s; people who were looking to explore their spirituality and were seeking an easy to use road map to get there. Conway’s books were great roadmaps because they explained magickal and Pagan ideas easily and quickly. They were there to get you through the door, they weren’t the main event.

Conway’s books were heavily influenced by the New Age movement and I get that for some people it’s easy to scoff at some of her work. I’m sure most of my “witchier than thou” friends don’t have much interest in dragon magick, and I’ll admit that I find some of her pseudo-Shamanism titles a bit problematic in 2019. But the Pagan world is big and diverse, and there will always be things that don’t speak to us while becoming THE book for someone else.

Due to the speed in which she wrote I used to actively wonder if Conway was a pseudonym for a collection of authors. Unlike the other “big names” from the 1990’s she kept a relatively low profile on the national scene. I don’t remember ever seeing her at any of the festivals or psychic fairs I used to visit. But then a few years ago she sent me a friend request on Facebook, laying to rest all my wondering about pseudonyms.

I never really interacted with her all that much, but I remember thinking how cool it was when I did. She was partially responsible for getting me to where I am today as a Pagan and a Witch. There just aren’t enough “thank you’s” in the world for that.

Conway’s low profile means that I don’t know very much about her life, but according to Llewellyn Celtic Magic (the book that so influenced me) has sold over 300,000 copies. That makes it one of the best selling Pagan and Magickal books of all time. Here’s to knowing that it will get a few more through the door. Madame Conway, you will be missed, and thanks.

(Author photo borrowed from Llewellyn’s website. Please don’t be mad at me.) 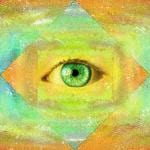 January 23, 2019
There is No Virtue in the Judgements of Doreen Virtue
Next Post 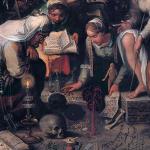