“I am the trickster, scourge of all those methodical and over analyzing. I am the trouble in the best laid plans, the unexpected when all seems well. I am the chaos in a world of balance.”

My first introduction to the character of Loki was in Marvel’s Thor comic as a four or five year old. My first introduction to Loki the god came while writing a Charge of the God back in 1996. Loki is a strange god, more well known than most thanks to his appearances in pop-culture, but also a somewhat taboo subject with many people advising others to stay away from him. He seems more popular today than he did twenty-five years ago, but that’s just a personal observation.

Some of Loki’s currently popularity is probably the result of Tom Hiddleston’s portray of the god in all the Marvel Movies. Hiddleston’s Loki oozes charisma, and has evolved into an anti-hero, one of those “bad guys” who sometimes does the right thing and has the sympathy of the audience. Loki’s popularity in the movies has also resulted in devotees of the god being labeled “comic book fans” with a bit of a sneer along with a “they don’t know Loki” dismissal.

Loki is not one of our house deities. There are no paintings of him on the wall, or devotional statues in my office. I’m not sure my wife would be cool with me placing him in a public space in our home, so his energy and his interactions with me are confined to a small spaces and particular rituals.

I did not go seeking Loki, and there are parts of me embarrassed to admit our (limited) relationship, fearful that cries of “comic book fan!” will echo over the internet. But Loki keeps showing up in my life, and inspired by John Beckett’s recent post on personal gnosis I felt it was time to share my experiences with him. I am wary of personal gnosis, but our experiences with deity are our own, and I certainly don’t expect anyone else to share my opinions or understandings, especially when it comes to Loki.

Those who advise staying far away from Loki often do so because of how the god is portrayed in mythology. Myth is a great starting point for our understanding of deity, but myth is written by human beings, and often those human beings have an agenda or bias that is not readily apparent. We like to think that we truly know the myths of Odin, Freya, Thor, and Loki, but what we have our glimpses written down by Christians. Ragnarok vividly, and most likely intentionally, parallels the story of how the world will end in the Revelation of St. John. Well known stories such as Thor fighting Midgard Serpent are equivalent to archangel Michael fighting the dragon. (1)

Because of this I can’t help but wonder if Loki’s character was intentionally changed when Norse myths were eventually written down. The Eddas for example were only written down in the 13th Century, long after Christianization. By that point it’s likely that readers (and authors) would have been actively expecting an antagonist to stand against the heroes of the story. The end-result being that the least understood deity in the existing stories (Loki) was changed into something else, a villain.

I’m not suggesting that we stop reading mythology or that it’s not useful when it comes to a deity like Loki. I’m sure it retains several truths and insights, but it doesn’t hurt to be at least somewhat wary of the source(s). Most other Indo-European pantheons don’t contain the “bad guy” that Loki seems to be either. His portrayal is certainly an outlier in European myth, unless that myth was being directly influenced by Christianity.

My feelings about how Loki’s myth might have been changed are the result of a couple of intense experiences where I was asked to “play the part” of Loki during ritual. I did not “draw down” Loki in these instances, but I felt like he was there with me. The first time involved a retelling of The Kidnapping of Idun.

In that instance I felt Loki as the trickster, but not a trickster out to intentionally harm people. This was a god who liked to laugh, and play jokes on his friends and acquaintances. The jokes he plays are not necessarily nice, but aren’t intentionally malicious either. Walking with Loki during that play was enjoyable, dare I say it, fun?

A little over a year later I was asked to portray Loki in another ritual, this one encompassing much more of Norse mythology. I was hesitant to sign up for it since it would include a re-enactment of Baldur’s death at the hands of Loki via a dart made of mistletoe. I almost said “no” a dozen times, but a little voice urged me on, that and the ritual was being put on by Ryan Smith, whom I happen to like a great deal.

As we get closer and closer , except Loki didn’t throw the mistletoe, the god Höd did the throwing, lost in the moment, I don’t remember things as clearly as I’d like to. I began to feel a mischievous glee descend over me. “This will be fun!” it seemed to say, and “we’ll all get a good laugh out of it.” And then the dart is thrown and Baldur falls to the ground dead.

What this all means, I don’t know. This is simply my personal gnosis and personal (better) understanding of the god Loki. 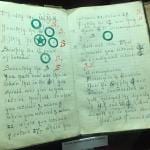 March 13, 2019
Five Witchcraft Books That Changed My Life
Next Post 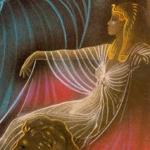 March 27, 2019 Witchcraft & Dion Fortune
Recent Comments
0 | Leave a Comment
"Really liked this article, Jason (longtime lurker, first-time commenter). I agree with your sentiment that ..."
brambleshadow She’s Wiccan
"I agree, there are new books, you should update your recommendations every decade or two. ..."
Nekoshema Books Aging Poorly: Scott Cunningham’s “Wicca”
"Mabon's my favourite. I don't like the heat and it's so hot by the time ..."
Nekoshema The Summer is for Pagans
"I get so frustrated with the current youthful fad of saying Witchcraft isn't a religion, ..."
Wolf Worship Is More Than Words & ..."
Browse Our Archives
Related posts from Raise the Horns