Your Favorite Sabbats (Or Sabbats By the Numbers)

One of the very few perks of being the Channel Editor at Patheos Pagan is that I have access to raw numbers. I generally have a pretty firm grasp on how many readers we have on a given day, week, month, or even year. That number will fluctuate wildly from time to time due to viral posts, how often people are writing, etc etc, but from year to year, one metric is constant: traffic goes up a great deal for certain sabbats.

When I write about the sabbats on this blog, I often lament how unpopular the “Summer sabbats” of Midsummer, Lammas, and Mabon are. I know that there are people out there who absolutely love these sabbats, but by the raw numbers, people are fare more interested in reading about other sabbats.

One factor I’ve often mentioned when figuring out the “popularity” of the sabbats, is that sabbats which have a “Christian relative” in the over-culture tend to be more popular. If I’m correct in that assertion (and the numbers do suggest so), interest in Samhain (Halloween), Yule (Christmas), and Ostara (Easter) should be higher than that of the other sabbats. I’m well aware that Groundhog Day and St. John’s Night are holidays with Pagan sabbats near by (Imbolc and Midsummer), but when is the last time you saw a Groundhog Display at your local Target?

For this particular exercise I calculated the average number of page-views in the thirty days leading up to each sabbat and then compared that to the three days nearest the actual date of each sabbat (meaning the day before and the day after). I can’t share the raw page-view numbers with you (the numbers aren’t mine to share), but I can show you the percentage difference between the period leading up to a sabbat, and the actual sabbat (which I calculate as a three day period).

In most cases traffic rises at the sabbats, but on a few occasions, it actually declines. Yikes! When I say that some sabbats don’t get a lot of love I really mean it!

There are some variables to point out in this exercise. At any given moment there could be a viral post floating around from Patheos Pagan that’s incredibly popular near a sabbat that has nothing to do with the actual sabbat. That could skew the numbers a little bit. Also, we generally have more traffic during the week than on the weekends, so sabbats that fall on a weekend date during a given calendar year might see a decrease in engagement because of that.

However, having observed the rise and fall of web-traffic near the sabbats over the last five years, what I’m sharing with you here aligns pretty well with that.

It’s not surprising that traffic increases the most at Samhain. Some of the traffic increase comes from people simply interested in Halloween, and by extension Samhain. But talk to ten Witches and I bet half tell you that Samhain is their favorite sabbat.

Yule’s popularity here is probably due to circumstances similar to that of Samhain. A whole host of Christmas traditions come from Pagan antiquity and many people here write about those. And again, holidays that are big with the general public, generally see their Pagan equivalents become larger as a result.

You were probably expecting to see Beltane at two or three, but surprise!, traffic is always higher at Ostara. Some of that is because the start of Spring is generally exciting, much of it is because of its proximity to Easter.

Beltane has always been a very popular Pagan holiday, but it probably ranks a bit less than Ostara in terms of traffic because it’s generally further away from the Easter holiday than the Spring Equinox. In addition, it lacks the linguistic connection to a Christian holiday. (In 2019 Beltane traffic at Patheos Pagan was only up 9%, prompting me to go back and look through earlier years.)

THE “NOT BAD” TWO

Imbolc and Lammas are traditionally two of the “Greater Sabbats” so you’d expect to see them before the very bottom of the list. Both lack near by holidays in the over-culture, which probably results in less traffic. It’s just easier to celebrate a sabbat when it appears as if everyone around you is also celebrating a similar holiday.

THERE’S A LOT OF INDIFFERENCE TOWARDS THE LAST TWO SABBATS

Traffic actually dips at Patheos Pagan during Mabon and Midsummer. Perhaps you can spin these numbers to say “it dips Jason, because everyone is outside celebrating those holidays” but I don’t really think that’s the case. I’m not surprised things decline in the warmer months, people tend to travel more at that time of year and simply “get out of the house.” However, 70% of web traffic comes from phones, and the weather is nice at Beltane too, so the “weather is nice” excuse doesn’t quite work.

In addition to the raw numbers from web traffic, as someone who visits a lot of “open sabbat circles,” attendance at those rites tends to be highest at Samhain, Yule, Beltane, and Ostara. Imbolc is something of a draw, but things generally bottom out from Midsummer through the Autumn Equinox. Your experiences may be different.

There is no one best sabbat, and the popularity of holidays does wax and wane, but I think the numbers shared here today are representative of the Pagan Community as a whole.

NO MATTER YOUR FAVORITE SABBAT, I HAVE A RITUAL FOR YOU! 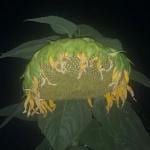 September 16, 2019
The Autumn Equinox Could Be Your Favorite Sabbat
Next Post 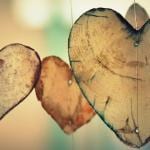 September 25, 2019 Soul Mates & Witchcraft
Recent Comments
0 | Leave a Comment
"I get so frustrated with the current youthful fad of saying Witchcraft isn't a religion, ..."
Wolf Worship Is More Than Words & ..."
"Setting the price too low will actually hurt attendance.It signals that the event probably isn’t ..."
kenofken Festivals & Authors
"A full weekend of well programmed presentations should cost $300, bare minimum. $120 is peanuts. ..."
kenofken Festivals & Authors
"Thank you for the shout out, Jason. It is a challenging path to walk because, ..."
Christian Day Festivals & Authors
Browse Our Archives
Related posts from Raise the Horns