Soul Mates? It just sounds like a tub of unserious New Age goo, or the plot of a Lifetime movie. But there are times when I can’t help but wonder if such a thing exists. Googling “Soul Mates” brings up much of the New Age dreck I feared it would (Can you tell the difference between Twin Flames, Soul Mates, and Kindred Spirits!?!?), but the sheer amount of written material on the subject speaks to how much people want to believe in such a thing.

There are a couple of different ways to define a “Soul Mate,” the first is rather mundane, and simply implies another person that we are (mostly) completely compatible with. The second interpretation lies on a much more metaphysical plane, and might imply that we are brought together with a soul mate through outside forces. Those powers could be fate, deities, guardian angels, specific energies, or perhaps reincarnation.

As a practicing Wiccan-Witch there are a couple of quotes from Gerald Gardner that hint to me on the possibility of a soul mate. Both passages are generally associated with Samhain as they deal with death and reincarnation, but I think they are often overlooked. In Witchcraft Today (1954) Gardner writes:

“According to your merits you may be reincarnated in time, and take your chance where and among whom this takes place; but the god has a special paradise for his worshippers, who have conditioned their bodies and natures on earth, who enjoy special advantages and are prepared more swiftly for reincarnation which is done by the power of the goddess in such circumstances as to ensure that you will be reborn into your own tribe again. This is taken nowadays to mean into witch circles.“ (emphasis Mankey)

If we have a connection with someone in a past life, wouldn’t it make sense that we would feel that connection again in this life? Such residual memories might account for the feeling of “this is my soul mate” upon immediately being introduced to someone. In my own experience I remember sharing a kiss with a young woman at a Pagan Festival many years ago and being shocked by the electricity of it-to this day I think we must have known each other before this lifetime (though she was not my soul mate).

Gardner is even more explicit when it comes to the theme of reunion in his 1959 book The Meaning of Witchcraft:

“I suggest its underlying meaning may be that the bereaved one takes comfort and smiles at the sign of the Gate of Rebirth, the promise that the lost beloved will be reborn in another reincarnation, and that they will remember, know and love each other again.” (emphasis Mankey)

The idea here is not much different than the one above, though it’s much more poetic. Also from my experience there are a great many Witches in my life that I just feel a very special bond with, unrelated to romance or physical attraction. Gwion Raven is not my soul mate, but he’s a brother, and we share a deep connection, I assume those bonds have been forged across millenia. In another life Laura Tempest Zakroff must have been my sister, because upon meeting her I felt like we had always known each other. The idea of reincarnation and remembering, and knowing, and loving again, explains some of these feelings.

I have many friends whose partners are not involved in either the Craft or the Pagan movement, and they have strong relationships, but for me, someone whose life really does revolve around Paganism and Witchcraft almost constantly, I needed a partner sensitive to that need. Not only did I marry the finest Witch I’ve ever met, I also married someone who shares the same deities I do.

There are times when I can’t help but wonder if we were pushed together by the gods we both honor. My wife has long been a Priestess of Aphrodite, and I made my first offerings to that same goddess in 9th grade, is it any wonder we ended up together? Dionysus is also the patron deity of our house, and libations and offerings to him are as important to my wife as they are to me. And in the Spring my darling dearest will always be my Maiden fair, and I her dirty goat-legged suitor.

Working with the dead has never been one of my primary focuses as a Witch, however I do think the Mighty Dead play some sort of roll in my life. I can’t help but feel connected in certain ways to figures like Doreen Valiente and Old Gerald, and when I’m in ritual I can sometimes feel their energy. I also sometimes feel as if they encourage Ari (that’s my wife!) and I to do certain things. It’s certainly possible they have some sort of investment in our relationship, and us getting together in the first place.

Do I believe in soul mates? I believe in the soul, and while I don’t think my soul connects with Ari’s like a puzzle piece, there’s something more to our relationship than just attraction and compatibility. There’s a spiritual component to it that I think has played out across millenia. (Yes, you win sweetheart, you are most definitely my soul mate!)

(But don’t get me started on Twin Flames, that title definitely belongs to my Pretty Hair Twin Angus McMahan.) 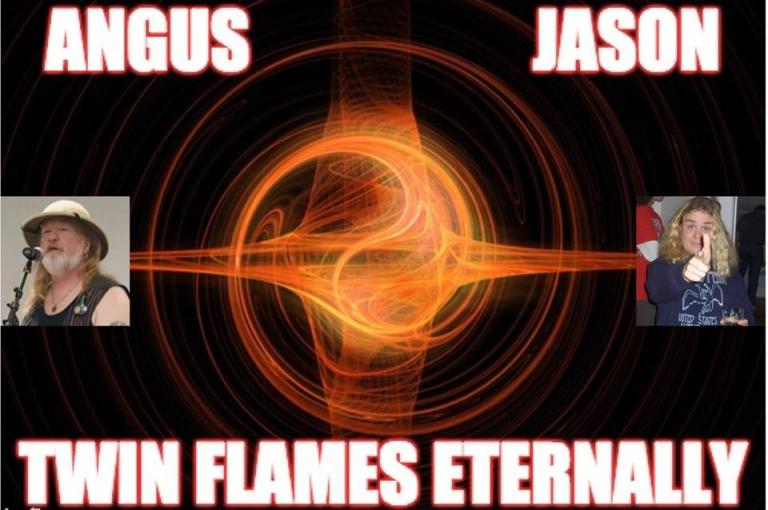 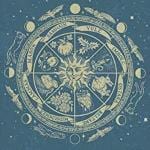 September 18, 2019
Your Favorite Sabbats (Or Sabbats By the Numbers)
Next Post 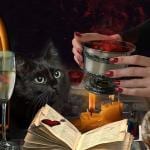