Many of the comments said with the best of intentions by other Witches are among my biggest pet peeves in the world of the Craft. And they annoy me so much that I felt the need to write about them.

My Sabbats Are More Witchy Than Yours

It never fails, every October 31 there’s always someone who likes to tell me that Samhain is still a few days away. “Astrological Samhain . . ” they tell me, “is November 7 this year (or whatever).” I usually ignore such comments but I want to reply with “that’s great for you! But I prefer to celebrate around October 31.” I don’t think I’ve ever intentionally celebrated an “Astrological Samhain” in my life, and I’m not sure I’ve celebrated Samhain on October 31 in at least a dozen years either.

Lately I feel lucky to simply find an evening where I can get together with my coven to celebrate a sabbat, let alone stressing out over exact dates. And you know what? No matter what date I’ve celebrated Samhain I’ve felt my Beloved and Mighty Dead stir around me, and I really don’t think those feelings are going to be that much stronger because I ritualized on October 30 or November 8.

Here’s a secret, sabbats are more like seasons than exact dates anyways. The veil between the worlds doesn’t suddenly lift on November 12 after showing up on October 25. It’s open pretty wide from Samhain through Imbolc, and both before and after those dates (whenever you celebrate them), and probably anytime you need it to be. We feel death more in October and November than in May, but it’s always around. 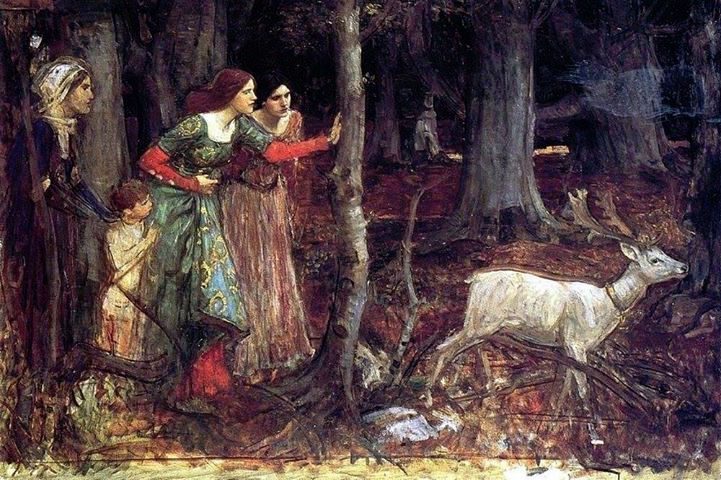 Literally speaking of sabbats, the names of sabbats are always hotly debated amongst Witches. I’ve been corrected for using the term Lammas and questioned for calling the Summer Solstice Midsummer (if Beltane is the start of Summer and Lammas the start of Autumn, and no, not from an astrological perspective, ugh, then the solstice is near the middle of Summer, in other words Midsummer). Call the sabbats whatever you are comfortable calling them. As long as people understand your intent, none of this stuff really matters.

And if celebrating on an astrological date is important to you and makes your magick more effective, great! I love that, and I want you and your practice to succeed. But if someone tells you Samhain is October 31 you have to also be OK with that.

“You celebrate Christmas? I only celebrate Yule because I don’t celebrate Christian things.” That’s great! I’m not asking you to celebrate Christmas, or Yule, or anything else for that matter. I grew up celebrating Christmas, never ever went to church on Christmas day or prayed to Jesus over my presents before opening them. In other words, Christmas was a secular holiday that as a kid I knew was associated with a story about Jesus, and I knew that it was related to the Roman Saturnalia too!

As someone who spends a lot of time writing and thinking about holidays, I’m not big on purity tests. Most every holiday celebrated in the Western World is an amalgamation of folk customs, ancient pagan practices, Christianity, capitalism, secular forces, and gods know what else. There’s a little bit of everything in just about every holiday we celebrate as a society, and many of the customs we associate with the Pagan sabbats actually emerged in Christian areas and after the decline of ancient paganism(s).

Nothing exists in a vacuum, so the things we do today have been influenced by lots of other groups over the last several centuries. Many of the most influential magicians of the last 200 years used Christian grimoires, studied the Jewish Kabbalah, and invoked angels. Witches use what works, which is why people call on Saint Expedite who is not a Pagan deity or an official Catholic saint.

Is your Witchcraft free of the corrupting taint of Christianity? I’m thrilled for you if that’s the case (though I’m sure I could find something in there that would prove you wrong!). But really, let people do what works for them, and stop worrying about what others are doing. If I want to bring back 12th Night and celebrate wassail, boozing, Misrule, and feasting that’s my business.

You Are Saying That Incorrectly

When I lived in Michigan there was a short-lived Witch shop run by an individual who liked to correct people’s pronunciation of the word athame. It was pretentious then, and it’s pretentious now, perhaps especially so because this person didn’t pronounce it correctly either (athame is a word that historically most of us-especially in North America-say incorrectly when compared to how Gerald Gardner said it in the 1950’s). Depending on where you live you probably say athame in a particular way because everyone around you says it that way too.

Much like the word tomato can be pronounced in more ways than one, words like athame can be too, and it’s fine. As long as people understand what you are trying to say it doesn’t really matter. Language is a living and evolving thing, and how words are pronounced is a part of that evolution. The word knob was once pronounced with hard k sound (k-nob) and people realized that was unnecessary and the word changed pronunciations. It’s OK, really.

This applies to the sabbats too, sort of. The sabbats are both modern holidays and ancient ones, and the names many of us use for them come from the Irish-Celts. I think we can all agree that the holiday is not Sam-Hane, but when someone sneaks a “b” into Imbolc the world doesn’t suddenly stop turning. We need to be respectful of where things come from, but once they are loose and out in the wild they are going to change at least a little bit.

Other than work “magick” (however you define it) not all Witches do that thing you are suggesting all Witches do. Perhaps “Many Witches do this thing” but “ALL” is a big word because it suggests you are speaking for everyone. No one in the Witch world speaks for everyone, or even an entire tradition. As Yoda once said “Only a Sith deals in absolutes.”

I understand the inclination to believe that everyone thinks alike, it’s easy to put yourself into a little bubble where everyone is sharing the same sort of Witchcraft as you are, but that sells our Craft(s) short. We all have our favorite ways of doing things, but what makes the Witchcraft World so rich and unique is the variety that’s out there. My own Craft is that much stronger because I interact with people who do stuff differently than I do, which also makes me more cognizant of just how varied our little world is.

No matter your own Pet Peeves in the Witch world you’ll most likely love THE WITCH’S WHEEL OF THE YEAR: RITUALS FOR CIRCLES, SOLITARIES, & COVENS 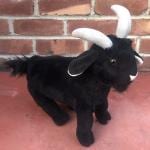 January 16, 2020 A Solitary Imbolc Ritual
Recent Comments
0 | Leave a Comment
"Thank you, Jason, for speaking to the inclusivity and necessarily diverse nature of Paganism as ..."
Seba O’Kiley Practice As You Will & Stop ..."
"Really liked this article, Jason (longtime lurker, first-time commenter). I agree with your sentiment that ..."
brambleshadow She’s Wiccan
"I agree, there are new books, you should update your recommendations every decade or two. ..."
Nekoshema Books Aging Poorly: Scott Cunningham’s “Wicca”
"Mabon's my favourite. I don't like the heat and it's so hot by the time ..."
Nekoshema The Summer is for Pagans
Browse Our Archives
Related posts from Raise the Horns