My early days as a Witch were heavily influenced by what I read, and one of the things I liked about the authors who helped me find my path was that they all felt accessible to me. Not only did their writing(s) make me feel as if they were real human beings and not prophets shouting at the top of a hill, they also were more than just authors, they were a part of a Pagan world I was becoming increasingly aware of. 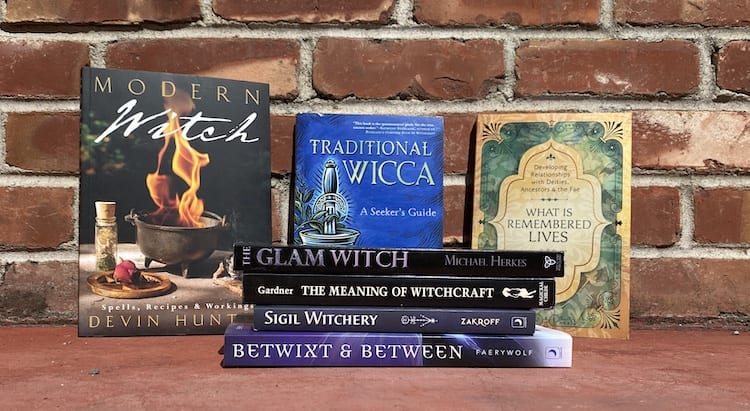 In St. Louis Missouri one of the first signs I ever saw of Modern Witchcraft outside of books was a flyer advertising a Witch camp featuring Starhawk. I took that notice off the bulletin board hoping that I’d somehow find the cash to visit. I never did quite get to that Witchcamp, but I did treasure that flyer for several years and would sometimes stare at it when I was wondering if there were other Witches out in the world.

A couple of years later, by then living in Michigan, super-famous authors such as Silver Ravenwolf and Raymond Buckland began showing up at the psychic fair put on by our local metaphysical bookstore. Not only was it possible to see Buckland and Ravenwolf, it was possible to talk to them and get an autograph.

In 1997 the Pagan World felt both impossibly large to me, but also intimate. Authors were cool visiting smaller cities such as Lansing Michigan, and I saw the names of other “famous Pagans” as festival headliners in the pages of magazines such as The Green Egg. When I went to my first Pagan event I couldn’t believe that Oberon Zell was standing next to me in the campsite’s pool. Author and artist Robin Wood lived only two hours from me and my group of friends and quickly agreed to be a guest at a weekend event we were planning. Pagan authors were everywhere, and yet were still larger than life figures to me (and some of them still are).

Forgive my star-struck glamour for a moment as I get to the point of all this: there’s a long history of Pagan authors and leaders being accessible. While we sometimes (OK, often) lionize writers, at least most of those folks are actively a part of our greater community. Just about every Pagan author I’ve ever reached out to or even said “hello” to has been pretty cool about getting back to me.

Today we are closer to writers and other public figures than was even imaginable twenty years ago. Famous people document every bit of their lives on platforms like Twitter and Instagram. All sorts of writers have Youtube channels and blogs where they respond directly to comments in nearly real-time. On Facebook a whole host of Pagan author types gripe about their football team losing on Sunday (OK, maybe that’s just me), but the point remains, we are a small community and it’s pretty easy to get in touch with each other, or at least generally is.

(There will always be some writers who crave anonymity or use a pen-name, and that’s cool. But if you think about the history of Pagandom there just aren’t really that many authors who have gone the route of being completely anonymous. Pen names? Absolutely-and if I had my life to do over again I would probably use one-but those people still taught in public. And in 2020 it’s really rare for a public person, such as an author, to not have a Twitter or Instagram account.)

During the recent kerfuffle over “is that author a real person or not*” many folks were applying the age-old standards we’ve become accustomed to when trying to figure out “real person” or “someone trying to exploit the current popularity of Witchcraft.” In some instances people were wrong, but I really can’t blame them for being so. It really is odd by modern standards to be a best-selling Witchcraft author and not have any sort of presence on social media. If people want to go that route, more power to them, but you can’t really blame others for being curious if you are real or not.

One of the best things about being the intimate little community we are (with public authors, teachers, and leaders) is that the it allows for a degree of accountability. If an author is a giant predator asshole in their community, people are going to know about it when an author isn’t hiding under a cloak of anonymity. I’m proud to have my name on this blog and on the cover of my books because as an author I feel as if I owe you a degree of accountability. If you have a problem or a concern I’m right here and easy enough to find.

In fact I think my “job” as an author requires me to be accessible to the greater Pagan Community. Sometimes that means answering a question from someone about history, or responding to an inquiry asking me if I know anything about Person X or Y. I miss a few questions and comments here and there but I do my best to respond to such things. If I wanted to live in complete anonymity I would have never started writing and/or teaching in public. For me “the work” extends further than the printed page or a workshop at a festival.

And I like to think that the greater Pagan world has mostly always been this way. Gerald Gardner answered letters in the 1950’s after going public as a Witch. Llewellyn books have always had that page in the back of their books with information on how to write the author. You don’t see that from other publishers! There has always been both an implied level of intimacy with Pagan authors, and a very real level of it too! They’ve mostly always been out and about, and I hope that never changes.

One last thing: Accessibility and accountability also help to make our communities safer. This especially important to festivals where there is direct (possible) physical interaction between people. But I think it also applies to books. I don’t want to read the work of a grade A jerk or Nazi sympathizer. That most of our leaders, writers, etc., are out there in public helps to make sure this doesn’t happen.

*Despite some groussing, none of that was over books being self-published or not. It was simply about Amazon algorithms and trying to separate fiction from flesh and blood. 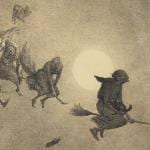 March 16, 2020 Supporting Pagan Community During a Pandemic
Recent Comments
0 | Leave a Comment
"As long as you are not publicly worshipping a deity from a living religion, I ..."
rosewelsh44 Wicca: Misconceptions & Misidentity
"Celts and Gauls seemed to allow anyone into their tribe who proved themselves worthy. That ..."
rosewelsh44 Wicca: Misconceptions & Misidentity
"True. And you'd probably get the disapproving look for even asking for them. I read ..."
Amanda Ingalls Why We Need to #DefendOccultBooks
"I had a friend once who tried to preach to me how to be Wiccan, ..."
Amanda Ingalls Why We Need to #DefendOccultBooks
Browse Our Archives
Related posts from Raise the Horns