There Are No Silly Rituals

In between book writing I thought I’d answer another fun question from a reader. This is from Ryan Adams.

I’ve always been interested in “silly rituals.” Specifically the Chocolate Ritual comes to mind. I was wondering about your thoughts concerning silly or otherwise irreverent rituals and if you have ever participated in one (or more) that ended up surprising you with their effectiveness?

Rituals can be about a whole host of different things, but I think primarily rituals are about connection. When we do a ritual we are probably connecting to at least one of these things:

The Wheel of the Year/Change of the Seasons This isn’t surprising because most of us do sabbat rituals and other related things that connect us to where we are on the Wheel of the Year and (hopefully) whats happening in our backyards. Ritual can also help connect us to the natural world, in both strong and subtle ways. We use a lot of stones in our coven work, when we use those stones we are tapping into natural energy, you could also do a ritual celebrating rain or snow unconnected to the sabbats.

Deities & Other Higher Powers At my house we do rituals in honor of Brigit, Dionysus, Aphrodite, Eostre, and most likely a few others I’ve missed. At certain sabbats are rituals are graced with the presences of Cernunnos, Persephone, and Bacchus. “Drawing down the moon” is a direct connection to deity. “Other Higher Powers” includes ancestors, spirits, or perhaps the fey, in my own practice I’ve done rituals connecting to all of those things.

Magick Magick as connection!?!? Absolutely. When we do magick we are connecting with our goals and objectives. Perhaps more importantly to me we are connecting to the egregore of magickal tradition when we do spellwork. That’s a connection that goes back thousands of years.

Community Some rituals are just about strengthening the bonds between friends. At big Pagan festivals I’ve done dozens of rituals that are simply about connecting to the energy of a gathering. A lot of my coven’s rituals over the years have been about connecting with one another. If you are part of your tradition a ritual might connect you with the current of that tradition, which is a form of community engagement too.

So where does that leave “silly or otherwise irreverent rituals?” I’m guessing that they connect the people who enjoy them to community. I’ve been in a chocolate ritual before, and the enjoyment I got out of it had nothing to do with the chocolate or the liturgy. It was all about the people I was hanging out with.

I’ll admit I’ve always found the chocolate ritual a bit trite. I think it’s a joke that goes on for far too long, and stops being funny somewhere around the Swiss Miss, but I’m also a Witch of the 90’s and the chocolate ritual was inescapable at festivals for three or four years. Despite my feelings about the ritual, I’d still go and have fun, because the people around me were having fun. That’s ritual that connects one to community.

In my own practice I’ve done a lot of non-traditional rituals over the years, the one’s that most notable is The Morrison Ritual, a ritual in honor of Jim Morrison as the 20th Century incarnation of Dionysus all set to the music of the Doors. (I am not the first person to present a Morrison Ritual, the honor belongs to Jim “Moon Dog” Runnels who I have to assume initiated me into the Morrison Clan.) Most people have described the Morrison Ritual as “dischordian” over the years, but in my version we planned out what we were doing and tried really hard to get certain moments of the ritual to sync up with whatever song was playing.

For most people the Morrison Ritual was a time to drink heavily and simply have a good time. But it was also an opportunity to be “initiated into the Morrison Clan” which, again, is a connection to community. After we’d initiate someone into the clan we’d give them a string of mardi gras beads to welcome them to our little club. There were people who would hold onto those beads FOR YEARS, and when I’d walk by them in a hallway at a festival where I hadn’t even done the Morrison Ritual IN YEARS they’d say “Hey, Pan Morrison, I still have my beads!” Simply a good time? Obviously the ritual resonated in other ways.

For me the Morrison Ritual could sometimes be overwhelmingly spiritual. The first time I ever “drew down” a deity was during a Morrison Ritual. At one point I was there, and then I wasn’t. I found out about the middle of the ritual when it was over. Apparently the point I don’t remember was when Dionysus showed up and I was urbane, witty, confident, and desirable. Pretty much all the things I wasn’t at the time.

Other people have said that my debauched celebration of Dionysus had an effect on them too. I remember thinking a Samhain-time Morison Ritual I did in North Carolina was pretty much a dud. Turns out they were still talking about it six months later. Things often resonate in ways we don’t expect!

I’ve done other “silly rituals” over the years. A Yule ritual based on Charles Dickens’ A Christmas Carol stands out. Can one be possessed by the Ghost of Christmas Past? I’m going to say yes, because it happened to me. I think I’ve done rituals in the middle of concerts too, just because the spirit of the music moved me and the others around me.

There’s not a lot of holy writ in my life, but in Doreen Valiente’s Charge of the Goddess the line “all acts of love and pleasure are my rituals” has always stuck with me. I think people see the word “pleasure” in there and go straight to picturing sex, but pleasure comes in a lot of forms. Laughing, smiling, singing along to music, eating chocolate, all of that, and much much more, is pleasurable. As such it’s acceptable to build rituals around those things.

There’s no such thing as a silly ritual. As long as you are extracting some sort of connection out of what you are doing it’s probably going to be effective. 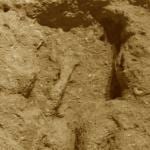 March 1, 2021 She's Wiccan
Recent Comments
0 | Leave a Comment
"Now that we have established that, we can stop calling people who simply want to ..."
JenniWest Witchcraft Has No Gatekeepers
"If it looks like Witchcraft in some way and the person doing it identifies as ..."
RobertGW Witchcraft Has No Gatekeepers
"Witchcraft comes from one available power in the universe. The source of manifestation. And we ..."
JenniWest Witch, You Vex Me
"This happens to me almost every day, they should try being me 4 real !"
lilithdorsey Instagram Does Not Care About Witches ..."
Browse Our Archives
Related posts from Raise the Horns 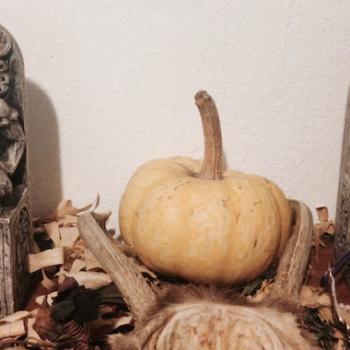 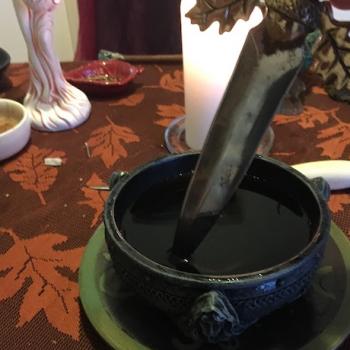