Can one really determine the “best books” in a given calendar year? I’m going to say no, simply because there’s no way to possible read every book in a given year. So what we have on this list are the “best” books I read this year. Your favorites (and “bests”) are probably going to be different, and they should be, and that’s OK. 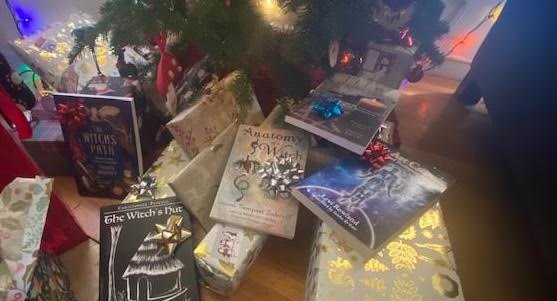 And so, without further gilding the lily, and with no more ado, I give you the Wisdom of the Ancients, the Power that can never be sower, the Protectors of the Craft, the writers who are not paid nearly enough for their work . . . . Jason’s Best Books of 2021.

Everybody always talks about wanting “next level” and when those types of books are released, they are often met with a collective shrug. Thankfully, that did not happen with Laura Tempest Zakroff’s Anatomy of a Witch and Thorn Mooney’s The Witch’s Path. Though not designed to go together, these two books actually compliment each other quite well. One is about tapping into your own personal power, while the other helps develop that personal power, and both will help you get “unstuck” when your Witchcraft isn’t going exactly as you thought it would.

I’ll admit I was little wary of Cory Thomas’s Hutcheson’s New World Witchery when it was first released earlier this year. The reason for my wariness? I worry a lot when every magickal technique in the world is labeled “witchcraft” regardless of how those practitioners feel about it, but gods there’s SO MUCH amazing magick and history in this book. No matter your magickal discipline you’ll find something that will amaze, wonder, delight, or surprise you in these pages. I’ll also add that Americans often seem overly obsessed with magick from across the ocean, all while there’s plenty of magick in our own backyards. New World Witchery is a book you’ll be going to again and again and again.

Sometimes “occult” feels like a dirty word, and it shouldn’t be. Most Witchcraft practices are built on occult foundations, and so much of what we all do comes from practices traditionally labeled “occult.” So how do you introduce a new Witch (or Pagan or whatever) to occult foundations without scaring them or putting them to sleep? You give them Deborah Lipp’s The Beginner’s Guide to the Occult. This book serves as a wonderful introduction to not only Witchcraft, but also to tarot, ceremonial magick, astrology, alchemy, and more! 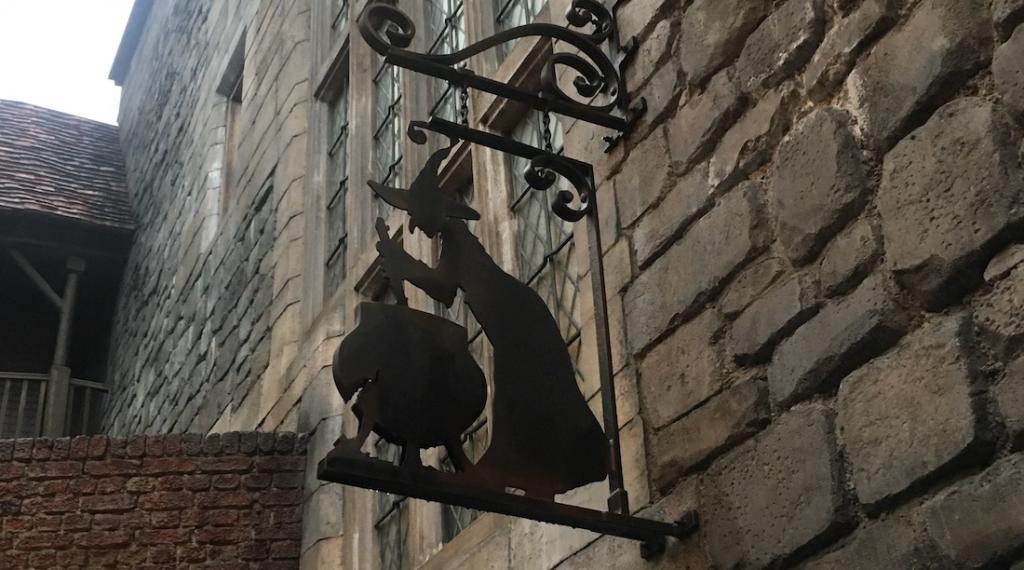 They’ve got a ritual for that! While reading Phoenix LeFae and Gwion Raven’s Life Ritualized I was constantly amazed by how many great rituals they came up with for the transformative moments we all face in life. And one of the key words there is “great,” too often “rituals” in books are throw away moments lacking in substance, that’s not the case here. The rituals in this book will add meaning to your life, and the lives of the people you value. (Disclaimer: I wrote the introduction to this book, BUT, I wouldn’t have written that introduction if I hate the book!)

There have been books like A Year of Pagan Prayer by Barbara Nolan published before, but the sheer breadth and depth found in these pages makes this the best “pagan prayer” book I’ve ever encountered. Spanning thousands of years of history, Nolan provides words you’ll not only be using in ritual, but passages you’ll want to read simply because of the beauty and inspiration they will bring you. I’m pretty well versed when it comes to ancient literature (and the Romantic period, and several others) but Nolan includes passages I’ve never encountered before. Delightful. 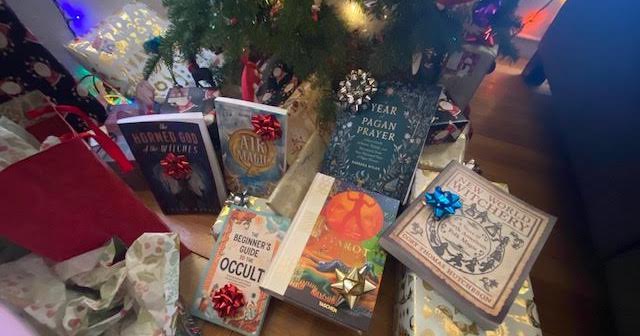 How long have I been waiting for Coby Michael to publish some sort of book? Something like five years? No one knows more about baneful herbs than Coby, and there’s no better guidebook to the poison path than The Poison Path Herbal. Perfect for the dedicated herbalist or the Traditional Witch in your life.

I do not believe in astrology, though I’ll admit I find it fascinating. So when I’m presented with an astrology book to read I very often roll my eyes and assume the worst. (It doesn’t help that many astrology books are simply hard to read unless are you among the initiated.) So imagine my surprise when I was absolutely enchanted by Levi Rowland’s The Art Cosmic: The Magic of Traditional Astrology. Not only was Levi’s book a joy to read, but it also felt practical in a way that a lot of astrology books don’t. This book impressed this skeptic so much that I’ve actually begun incorporating some of the material in it into my own magickal practice.

Heron Michelle’s Elemental Witchcraft is not an astrology book, but it does have a lot of astrology in it, and I loved it anyways? Did I think about including this book in my “Best Next Level Witchcraft” book section, absolutely, however by including it here I got two entires in this section! I read this back at the start of the year so I could blurb it, and I fell in love with it. I’ve thought for years that Heron Michelle is one of the most amazing Witches and teachers in North America, and she proves it with this book. There’s something for everyone in these pages. You’ll love it.

The next two books were technically released in 2020, but since 2020 as a year barely counted, and I didn’t read them that year, I’m including them in this write-up regardless. The first of those two books is Taschen’s Tarot, edited by Jessica Hundley. To put it simply, this is the most beautiful Tarot book I’ve ever seen, with hundreds (perhaps thousands) of full color images from Tarot decks across the centuries. Not only is this a beautiful book, but the essays and “how to” pieces are excellent. This is not the book I’d give to someone new to Tarot, but it’s the type of book I’d give to someone who loves Tarot. (There are other books in Taschen’s “Library of Esoterica too, including ones on Astrology and Witchcraft.) 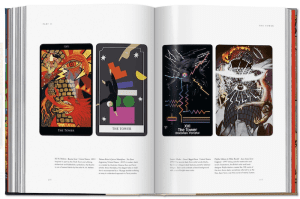 I’ll admit it, I hate people who can both write and draw while I can barely do one of those things. For many years that simply meant hating Laura Tempest Zakroff, but now I have to add Christopher Penczak to that list too because of his book The Witch’s Hut.* Sometimes the mysteries of the Craft are better revealed in the setting of a story instead of a “how to” manual and that’s what we have with The Witch’s Hut. You can easily read this book in the course of an evening, and it will be time very well spent. Unlike Tarot above, it’s the prose that drives The Witch’s Hut, though Penczak’s simple black and white drawings are beautiful in their simplicity and add depth and texture to his tale.

It must have the end of 2019 when Lilith Dorsey said to me “Jason, will you blurb my new book Water Magic?” At the time I remember thinking, “an entire book about Water Magic!!?! Eee gads that sounds boring,” but you know what? It wasn’t boring! In Lilith’s pages I found magick, myth, and practical advice . . . divine! And then this year the rest of the series was gradually released. Astrea Taylor’s Air Magic came first, and Astrea is one of the absolute best Witchcraft writers in the world today!

The next two writers in the series are both new to writing books, but not new to Witchcraft, and it’s the latter that shows! All of these books are full of stuff you’ll be incorporating into your Craft for years to come. I’m excited to welcome Josephine Winter (Fire Magic) and Dodie Graham Mckay (Earth Magic) into the author fraternity (I hope you both enjoy the low pay, hard work, and bad reviews as much as I do!). I can’t wait to read what you both come up with next!

HANDS DOWN THE BEST WITCHCRAFT BOOK OF 2021!

And the rituals, oh my (horned) gods the rituals! Mankey really knocks it off the park here. These are some of the best Witchcraft rituals you’ll ever read, regardless of what you think of the Horned God. When I flip through the pages of Mankey’s work I’m just amazed by it. It’s so good. The prose, the footnotes, the history, the invocations read like delicious poetry. I just can’t say enough good things about this book.

(Take this entry with a huge grain of salt.)

No matter what you read in 2021, I hope it was enlightening! 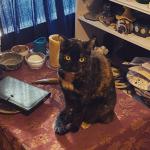 November 2, 2021
There Are No Absolutes On Samhain
Next Post

January 19, 2022 Astonished & Influential Witches Yesterday & Today
Recent Comments
0 | Leave a Comment
"As long as you are not publicly worshipping a deity from a living religion, I ..."
rosewelsh44 Wicca: Misconceptions & Misidentity
"Celts and Gauls seemed to allow anyone into their tribe who proved themselves worthy. That ..."
rosewelsh44 Wicca: Misconceptions & Misidentity
"True. And you'd probably get the disapproving look for even asking for them. I read ..."
Amanda Ingalls Why We Need to #DefendOccultBooks
"I had a friend once who tried to preach to me how to be Wiccan, ..."
Amanda Ingalls Why We Need to #DefendOccultBooks
Browse Our Archives
Related posts from Raise the Horns