A Sociological Look at the MegaChurch

The megachurch is a topic that fascinates me as a church leader. I’ve been involved in megachurch culture for a couple of decades now and have been trying to think critically about their impact on the health of the church universal. I’ve drawn a lot of conclusions to this point, some of them are in the article “The Failure of the Megachurch” at The Huffington Post.

Interesting new article out from the Religion News Service on the phenomenon of the megachurch and why it appeals to so many. The article is a great example of why I try not to put too much stock in sociological “data.” The major thesis of the article is that the megachurch religious experience acts like a drug – which is to say it mimics the effects of a drug. This of course comes solely from “interviews” of megachurch attenders and not from any sort of physiological data.

The article’s conclusion is, “The study bucks the idea that larger churches produce weaker member commitment; nearly 80 percent of congregants said church size did not hinder their spiritual growth.” I’m not sure how you could ever draw that conclusion based on interviews with attenders with the sole criteria being church attendance. This is like saying that people who go to McDonald’s are interested in nutrition simply because they tell you so.

Here’s a quick excerpt… what do you think?

The study, “’God is like a drug’: Explaining Interaction Ritual Chains in American Megachurches” was presented Sunday (Aug. 19) at the annual meeting of the American Sociological Association in Denver.

Large gatherings of shared experience like concerts and sporting events also trigger feelings of euphoria, said Katie Corcoran, a Ph.D. candidate who co-authored the paper. But, she said, “churches seem to be somewhat unique in that these feelings are not just experienced as euphoria but as something transcendent or divine.”

The authors theorize the spiritual high from megachurch services is experienced as an “oxytocin cocktail” of shared transcendent experience and the brain’s release of oxytocin, a chemical that is thought to play a part in social interaction. Emotion and group experience have been shown to raise levels of oxytocin.

August 20, 2012
The End of the Middle: How the Death of Compromise Crippled our Government
Next Post

August 21, 2012 What's the common denominator for mass murderers? White, Male, Christian, or Crazy: answer may surprise you.
Recent Comments
4 Comments | Leave a Comment
"I have searched through explanations of post-liberal theology, and so far, they all focus on ..."
David Zwakenberg Postliberal Theology for Dummies (like me)
"the early church was socialist communalism. matt 19, luke 18: you lack one thing, go ..."
Isa Kocher What About the Real Problems that ..."
"Look at that sparkling star at the last panelGi.657JW.US/UX5071Fx"
Narayan The Unacknowledged Reason for Putin’s War
"But awwwwwwwW.657KW.US/O5071m"
emaraldragon The Pandemic & QAnon are Ruining ..."
Browse Our Archives
Related posts from Paperback Theology 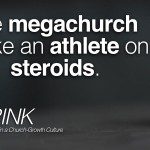