My Son, Dyslexia, John Irving, and A Prayer for Owen Meany 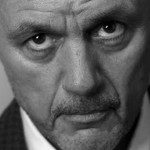 My youngest son has a rare form of dyslexia, fewer than 3% of all dyslexics have this form of  the disorder. He’s working his tail off with a reading specialist twice a week for an hour, on top of daily drills and exercises. All told, I think my wife spends about six hours a week working with him one on one, often in short little bursts that fit the temperament of a first grader – not to mention the countless hours of studying and educating herself, and me, about dyslexia.

The first thing they tell you after they tell you that your child has dyslexia is that this term simply means “trouble reading.” There are tons of different types of dyslexia and studies show that somewhere around 1 out of every 5 kids will struggle with with some form of the disorder. That means in a typical classroom there will be at least three or four children with dyslexia, many of them undiagnosed.

In a text-centric world dyslexia is a major handicap. We have to read and write constantly in our society. Education happens on the page as much as anything.

In my son’s case, whatever the neurological bridge is between phonological symbols and actual use of language has never grown together. There’s a huge gap between the symbols and sounds that he knows really well, and language and meaning which he knows really well in its verbal form. But those two competencies have to come together on the page, there’s a disconnect. He works so hard nearly every single day to throw tiny little ropes from one side of this divide to another. All day long he’s using his strategies to try to get a rope across the divide, hoping it will stick on the other side.

The hope is that after hundreds of hours with reading specialists (cha-ching), and hundreds more on his own, he’ll be able to throw enough little ropes over the chasm, that his mind can start a little make-shift footbridge. Then he can use the footbridge to pull more ropes across until it’s pretty solid. When the footbridge is solid, he’ll have to start pulling cables across – big heavy cables, all by hand. When he’s got enough of those to work with, he’ll have to start to construct the framework for a real bridge, then a foundation for a road, then a road, then hopefully a fully functional highway like most normal readers have always had from the first moments they began to read. In my son’s case, the best case scenario is that after all that work, he will still be looking at time and a half to read what a normal reader can.

The hardest part for me has been watching my son and my wife putting in so much work and effort, giving it so much energy and concentration, but the gap is so wide, it’s just a long way for his little mind to jump. I think I’m kind of angry that he has to struggle like this. I was feeling weird about the anger, it’s not like this is life-threatening. He’s healthy and happy. But, I’m mad about it. I don’t want him to have this struggle anymore.

My favorite fiction author is John Irving, who has dyslexia as well. Irving attended the the prestigious prep school Phillips Exeter Academy because his step-father was a teacher there. Irving says that he worked his tail off in school just to get C’s, and most of is teachers thought he was lazy and stupid. He wrote a few paragraphs about his experience that help me understand the anger I’m feeling:

“I simply accepted the conventional wisdom of the day—I was a struggling student; therefore, I was stupid.

I needed five years to past the three-year foreign language requirement…I passed Latin I with a D, and flunked Latin II; then I switched to Spanish, which I barely survived…

It wasn’t until my younger son, Brendan, was diagnosed as slightly dyslexic that I realized how I had been given the shaft.  His teachers said that Brendan comprehended everything he read, but that he didn’t comprehend a text as quickly as his peers….As a child, Brendan read with his finger following the sentences—as I read, as I still read.  Unless I’ve written it, I read whatever “it” is very slowly—and with my finger.

I wasn’t diagnosed as dyslexic at Exeter; I was seen as just plain stupid.  I failed a spelling test and was put in a remedial spelling class…I wish I’d known, when I was a student at Exeter, that there was a word for what made being a student so hard for me; I wish I could have said to my friends that I was dyslexic.  Instead I kept quiet, or—to my closest friends—I mad bad jokes about how stupid I was.”

My son is diagnosed, we know what word to call it. That’s a blessing. But I know that he’ll have struggles like Irving describes. I don’t ever want my kid to feel that way, but some of it is inevitable. I want him to know how smart he is. I want him to feel confident and to love reading as much as I do. But  no matter what we do, he’s going to feel some of this.

Irving’s novel A Prayer for Owen Meany is my all-time favorite book. I just finished reading it again, actually I listened to the audio book for the first time. It was interesting listening to it when I’ve read it so many times. My son will probably have to listen to many a book in order to read quickly. It was just this weird confluence of dyslexic themes.

Johnny Wheelwright narrates the story and he has dyslexia. One of the reason’s he is so close to Owen Meany is that Owen is the one person who seems to understand what’s going on with his reading. In part because of Owen’s help Johnny Wheelwright grows up to be an avid reader and even teaches literature at a prep school. I love the idea that this book was written by an author who has dyslexia. I love that I was listening to it, instead of reading it, because this is the experience my son will likely have with a lot of literature. I love the idea that we know what to call it now, and that kids today don’t quite get the shaft like Irving did.

If you’ve never read A Prayer for Owen Meany, stop what you are doing and go buy the book. If fact I think there’s a pdf of the book online, just start reading right now and buy it later. Or better yet, buy the audio book and experience it like a reader with dyslexia might.

April 17, 2013
Can You Bunk Something... or Combobulate Me? 10 Great Words With Essential Prefixes
Next Post

April 19, 2013 In Case You Are Just Waking Up...
Recent Comments
7 Comments | Leave a Comment
Browse Our Archives
Follow Us!