The Power of Self-Compassion

I’ve seen this video pop up on Facebook over the past few days. The headline reads, “These Kids Finally Say What They Really Think About Mom. And Her Reaction? Priceless.” I’ve resisted watching it because I was sure that it would be sentimental emotional manipulation. I finally clicked on it today because it was posted by a person I know to be fairly non-sentamental, and was pleasantly surprised. The clip is a little sentimental, but mostly I think the headline is misleading. This video is really about our chronic lack of self-compassion.

I wish we could all compare our self talk to the way those who love us talk about us; to see in start contrast the way we view ourselves and the way we are viewed; to listen to the disparity between the way we run ourselves down and assume the worst about ourselves, compared with the loving and caring way that those who are most important to us talk about us.

We are really hard on ourselves, and I’m not sure we even realize what an incredible impact this has upon our lives.

Brene Brown has taught me lots of things, and in my opinion the most important is that you can split the world roughly into 2 groups: 1) people who feel a healthy sense of love & belonging, and 2) those who don’t. The first group lives a much more happy, content, and wholehearted life than the second group. You know what the difference is between those two camps? It’s not divorce, drug use, abuse, economic troubles, education, religion, or anything like that… in fact the two groups are identical except for one thing. The first group – those who feel a healthy sense of love & belonging – simply believe that they are worthy of it. Those who don’t experience love and belonging don’t believe they are worthy of those things. The difference is worthiness.

How will we ever feel a sense of worthiness if we are so constantly down on ourselves?

Christianity has often exacerbated this problem by beginning the Christian story from Genesis 3 instead of Genesis 1. We start by telling everyone they are depraved sinners destined for the pit of hell. It’s an odd tack, given the fact that Jesus’s most radical teaching was that we are all precious children of God, adopted in God’s family, and that we can call God “Father.” As Rich Mullins used to say, it’s impossible for God to love you any more than God already does, because he loves you completely. Jesus isn’t a token meant to pay God or pay the devil. Jesus is how much God’s heart bends toward you.

Lately I’ve had some experiences in which I’ve had my self-talk reflected by to me by friends and teachers. They’ve pointed out my own lack of generosity toward myself, and the way I paint myself in unfriendly hues. I too often narrate my own personality in negative terms. I am much more likely to have compassion for other people than for myself.

I recently read a quote by Christopher Gerner that says, “A moment of self-compassion can change your entire day. A string of such moments can change the course of your life.” I think he’s right.

One of the rules we have instituted at the Suttle household is no name calling. We are not allowed to call each other harsh names, and we are not allowed to call ourselves names either. As this simple rule began to work its way into our family dynamic, I realized how often I called myself a “frickin-moron.” My name for myself – the name by which I knew myself, more often than not, was “frickin-moron.” That’s not self-compassion. That’s self-contempt. So names are of the table. We can still identify bad behavior, but with a subtle shift. I’m not an idiot. I’m a good guy who did an idiotic thing. The difference between those two things is the difference between worthiness and unworthiness.

This isn’t easy. In fact I am convinced that it takes much more courage to be good to yourself than it does to be hard on yourself. Self-compassion takes courage, because it means we have to show up and be ourselves. We can’t hide behind self-deprecating humor, and lower expectations through liturgies of self-doubt and self-loathing.

Perhaps the lack of self-compassion in our society is connected to the ways in which we refuse to have compassion on one another. If we all were a little more kind to ourselves, maybe we would be a little more kind to each other. Toward the end of the video, one mom says, “I always seem to focus mostly on the negative… and I guess I can walk out of here and say I’m doing something great.” My guess is that she spent the rest of her day with a keen ability to be good to those around her. I think we all need a little more of this in our lives. I know I do.

Think about your self-talk. Think about the names you call yourself and others. Remember that self-compassion most truly reflects God’s heart toward us all.

Why are so many Christians such...
John Shore
Related posts from Paperback Theology 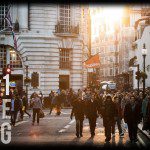 Progressive Christian
Moving Past Hatred with One Simple Rule: No...
Paperback Theology 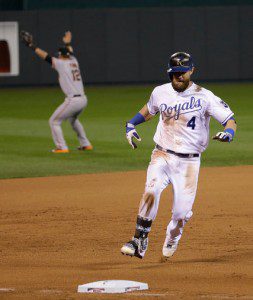 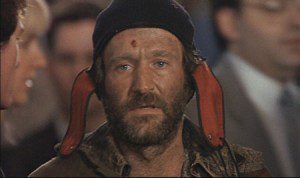