I’ve taken some flack for commenting on Mark Driscoll’s antics now and then. Each time I criticize what the megachurch pastor is saying or doing, I get emails and comments telling me I should just let it go. The problem is that I can’t just let it go, because I think Mark Driscoll represents something truly dangerous to the heart of the gospel. Driscoll is distorting Christianity and he has a huge, devoted following. Like it or not, Driscoll is impacting men in my church, and in my community with this message. An alternative narrative has to be shared, and the deep issues with Driscoll’s narrative and theology need to be exposed.

Jonathan Merritt at RNS, has been working a similar angle from a much larger platform. In recent weeks, Merritt has been shining a spotlight on Driscoll’s behavior. He’s completely fair with Driscoll (no strawman tactics), which I appreciate, but he’s drawing a bead on the essence of Driscoll’s bad behavior and bad theology.

Recently Merritt highlighted Driscoll’s decision to promote his new book in which he criticizes the church for being too confrontational, by showing up uninvited to John MacArthur’s “Strange Fire,” conference, to confront him for being too exclusionary. Merritt followed up with an interesting piece concerning Driscoll’s article confronting and dismissing the theology of Christian non-violence. Merritt’s tack is good – he allowed some of the leading voices for Christian non-violence to speak up. Merritt’s work is worth reading. Here are a few good pull quotes.

Shane Claiborne: “Jesus was not a pansy. Nor was Jesus “a prize fighter with a tattoo down his leg, a sword in his hand, and a commitment to make someone bleed,” as Mark Driscoll has contended. “Fight Club” may have been a good movie, but it makes for really bad theology. Mark may see things like “kindness, gentleness, love and peace” as feminine, dainty things for pansies, but the Bible calls them the “fruit of the Spirit.” These are the things that God is like. We need only look at the cross to see what perfect love looks like when it stares evil in the face – love forgives, love dies, love does not kill. Jesus was not violent, and surely not passive. Jesus shows us a “third way” that is neither fight nor flight. He teaches us that evil can be opposed without being mirrored, oppressors resisted without being emulated, and enemies neutralized without being destroyed.”

Scot McKnight: Pacifism isn’t quietism or withdrawal or inactivity, and it isn’t simple submission. Pacifism’s root is connected to the peacemaking beatitude, rooted in love, and expressed when the follower of Jesus actively seeks peace. Pacifism isn’t a lack of interest or non-involvement, but the hard work of seeking peace. Pacifism is non-violent resistance not non-resistance. What Jesus teaches his followers to do illustrates the sort of pacifism he advocates: turn the other cheek, surrender even more clothing, go the extra mile, lend and do not charge interest or require a payment back. Hardly the stuff of the inactive. These acts subvert the Roman system.

Jonathan Wilson-Hartgrove: I like Mark for his clarity. He knows what he thinks, and he makes it plain. Mark Driscoll right: murder is not the same as killing. He’s making a basic moral distinction. It’s part of the Old Testament law. And it’s written into American law. Involuntary manslaughter in our society’s criminal code is not the same as second degree murder, for example. As anyone doing time in prison can tell you, these distinctions matter.

But his clarity also betrays his misunderstanding of Christian pacifism. He insists that Jesus “is not a pansy,” by which I think he means to say that Jesus does not roll over and give up in the face of evil. This is true, of course. But this is not what Christian pacifists claim. We believe, instead, that Jesus along with all the martyrs of the church exhibit the highest degree of courage when they refuse to return evil for evil. Jesus is not a pansy before Pontius Pilate. He is Christus Victor.

The Jesus way isn’t suffering from the slightest amount of machismo or male-bravado, but it’s not a pansy message. Violence is weakness. Peace is power. Vulnerability is the only way to change the world. I believe there’s a much better model for manhood than the one Driscoll is pushing, and we find it in the cross of Jesus. Here’s a section on Christian non-violence from my book An Evangelical Social Gospel? I hope it will provide a little historical context to the question of non-violence:

“In the Sermon on the Mount Jesus advocates for a nonviolent response to evil; not that evil wouldn’t be resisted, but that Christians must not resist violently. Early Christians seemed to take this teaching very seriously. There is no historical evidence that Christians served in the military before AD 170–180, and after that it was exceedingly rare. Origen, an early church father, had to defend Christians against Celsus, an early opponent of Christianity who was attacking them for their lack of military service. Origen argued, “You cannot demand military service of Christians any more than you can of priests. We do not go forth as soldiers,” (Against Celsus VIII.7.3). Justin Martyr wrote, “we who formerly used to murder one another do not only now refrain from making war upon our enemies, but also, that we may not lie nor deceive our examiners, willingly die confessing Christ,” (First Apology of Justin Martyr, ch. 39).

All throughout the writings of the first few centuries of the church, one can find a consistent message against violence of any kind. We find these in the teachings of Justyn Martyr, Irenaeus, Clement of Alexandria, Tertullian, Origen, Hippolytus, and many others. Early Christians were prohibited from violence. Nonviolent resistance of evil was the typical teaching in the first century, and Christians were criticized for it. AfterConstantine, and more pervasively during the rise of the modern nation-state, Christian theology had to adjust its convictions in order to allow Christians to fight in wars.

After centuries of this teaching, those who hold to the conviction of nonviolent resistance of evil have now been relegated to the station of the radical, even though their position is clearly advocated by Christ in the Sermon on the Mount, and by the first few centuries of his followers. War is now considered noble in our society. [Walter] Rauschenbusch noted war had become “the supreme test of manhood and of the worth of a nation.” Nonviolence is considered cowardly or naïve. The theological convictions of the church have become so privatized and individualized that there is no widespread contemporary evangelical critique of the violence that is continually exercised in the name of the state. Our society has trumped the clear teachings of Jesus on nonviolence through its spiritual authority. Forget the Beatles, the nation-state is bigger than Jesus.

This is an example of sin that is transmitted socially, and which has been significantly fueled by individualistic and privatized notions of Christianity. Those who oppose violence on principle are held in check and branded as radicals. Their voices are pressed to the margins of society. The resulting idealized view of war is actually just an idealized view of sin, which is now generally espoused by the church itself. The idealization of sin becomes the way social systems, even the church itself, can transmit and perpetuate”

October 31, 2013 The Power of Self-Compassion
Recent Comments
5 Comments | Leave a Comment
"If Bible teach hate, why we dont see hateful messages from churches like we see ..."
The truth Who Would Jesus Deport?: For the ..."
"Look at Christian Scientists, who think that illness is not real."
Nanaverm How to be a Christian During ..."
"Isn't there a verse that says prayer can cure sickness?I wonder how history would change ..."
Christian How to be a Christian During ..."
"If the person who abused you physically, verbally or emotionally does not ask for forgiveness ..."
Judgeforyourself37 Our National Weakness is Our Inability ..."
Browse Our Archives
Follow Us! 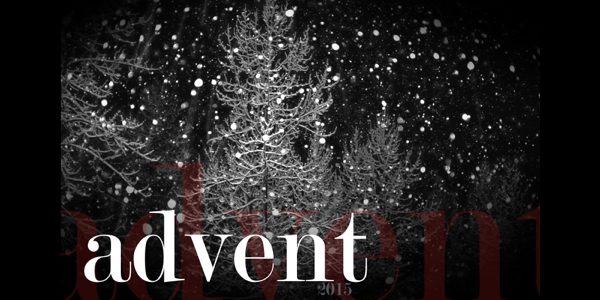